Very few can say their Dad won the Bathurst 1000, let alone share the same track with them.

For Ben Bargwanna, the fact that his father – Jason Bargwanna – won Australia’s ‘Great Race’ never really registered on his radar growing up.

Indeed, for a long time, he never really wanted to follow in the footsteps of his father. “As a young kid, I never actually liked the race car stuff,” the 21-year-old told Wide World of Sports.

“I used to hate going to the track. I never liked going. I was always into trains. All the model trains, all the train sets, that was my thing. I never liked race cars.”

It was Bargwanna’s ultimate triumph in a Supercars career spanning more than two decades that included seven wins and 23 podiums.

His final Bathurst 1000 start came in 2011, although Supercars remained a constant in his life for a few more years as a driving standards observer. 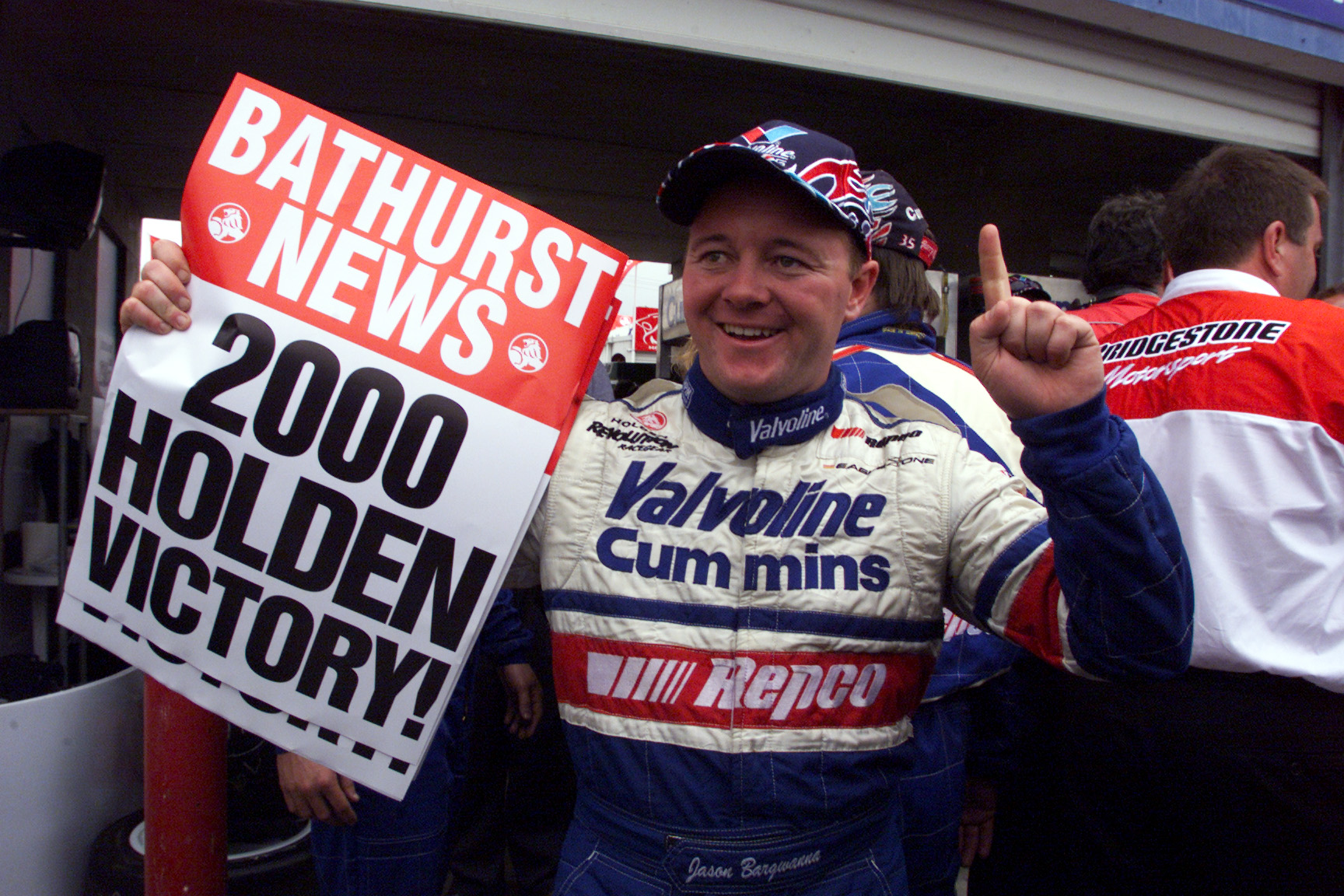 Ben admitted he didn’t truly appreciate his father’s career growing up. It was only when his dad brought home a go-kart that the tide changed.

However, by the time he got interested at age 10, his father was close to retiring from full-time competition.

“I started loving it from there and got more interested in what Dad was doing,” the 21-year-old explained.

“As I grew up and started to understand it a bit more, Dad left that side of Supercars. I didn’t probably get to experience that side of things as much as I would have liked to.

“Even at the start, I was having fun but never really wanted to go to race meetings or anything. Then I started getting results and thought ‘oh, this is cool’. 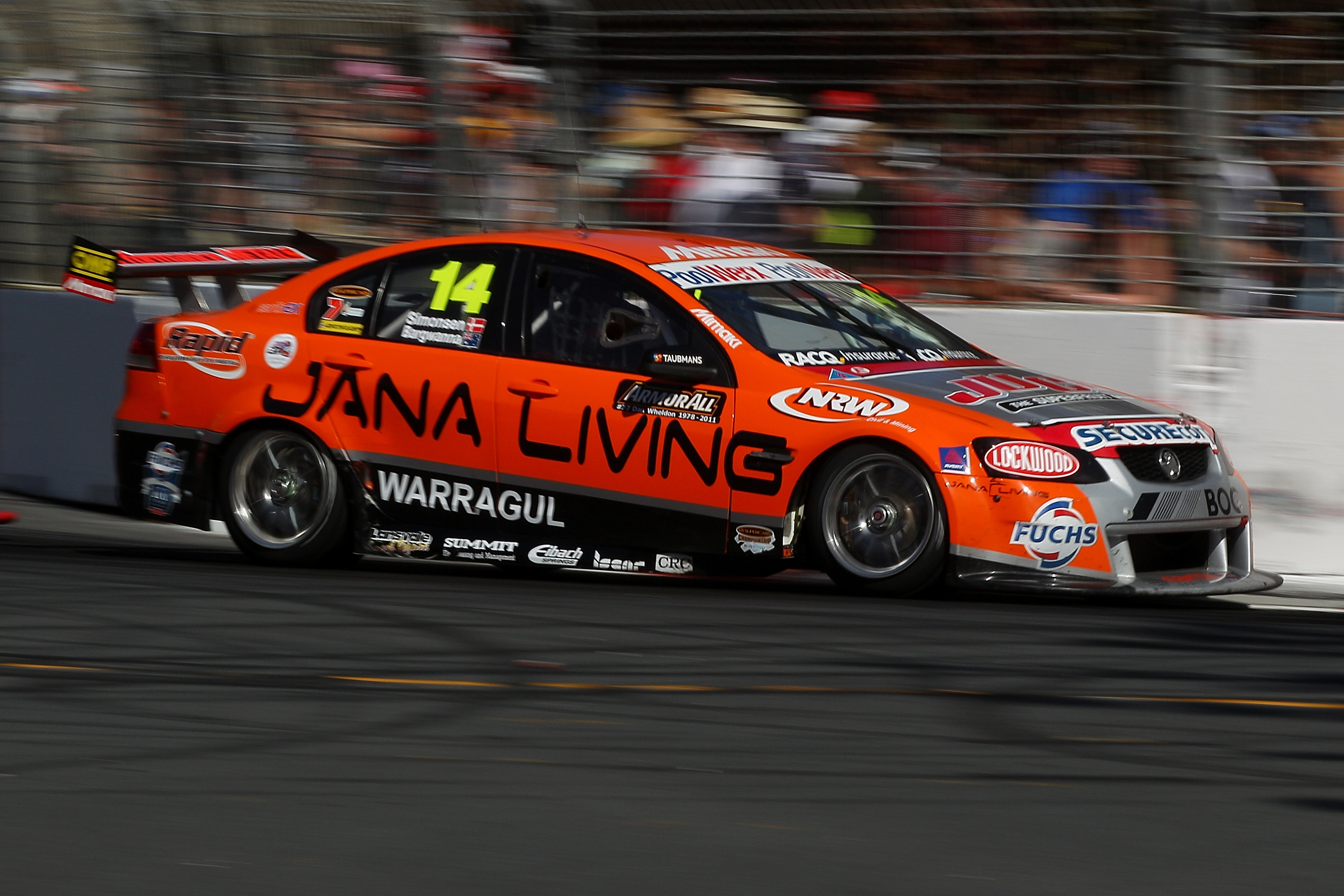 “At the time I didn’t really understand it, but it was almost every weekend Dad was away doing something.

“If not racing, he was doing something sponsor-wise. I got older and that sort of stopped a bit.

“It’s pretty cool to have a dad that has had that career. He would leave on a Thursday night to go and race a Supercar. It was pretty cool.

“It’s definitely not something many kids get to experience. When I was younger I wish I could have understood it more and really experienced it all a bit more.” 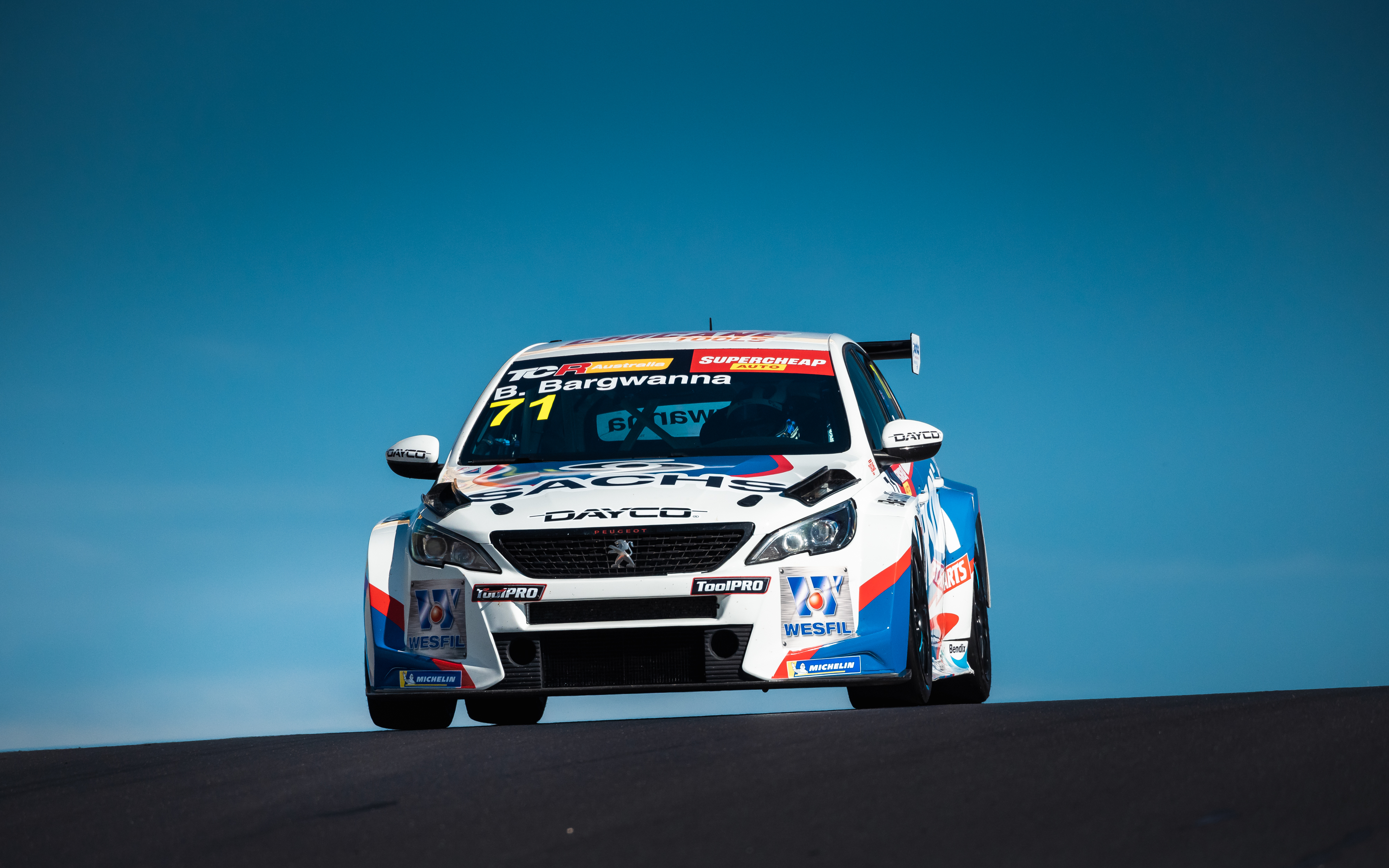 Ben races in the Supercheap Auto TCR Australia Series for Garry Rogers Motorsport, the same team that his Dad won the Bathurst 1000 with.

For a short time, the pair raced on the same asphalt as teammates, Dad finishing just a few points ahead in the series by the season’s end.

This year, Jason stepped away from driving while Ben has a chance to forge his own career.

“It’s special, no one gets to have that privilege,” said the Garry Rogers Motorsport driver.

“Even last year, Dad and I raced TCR on the same track against each other. That’s special and really cool. 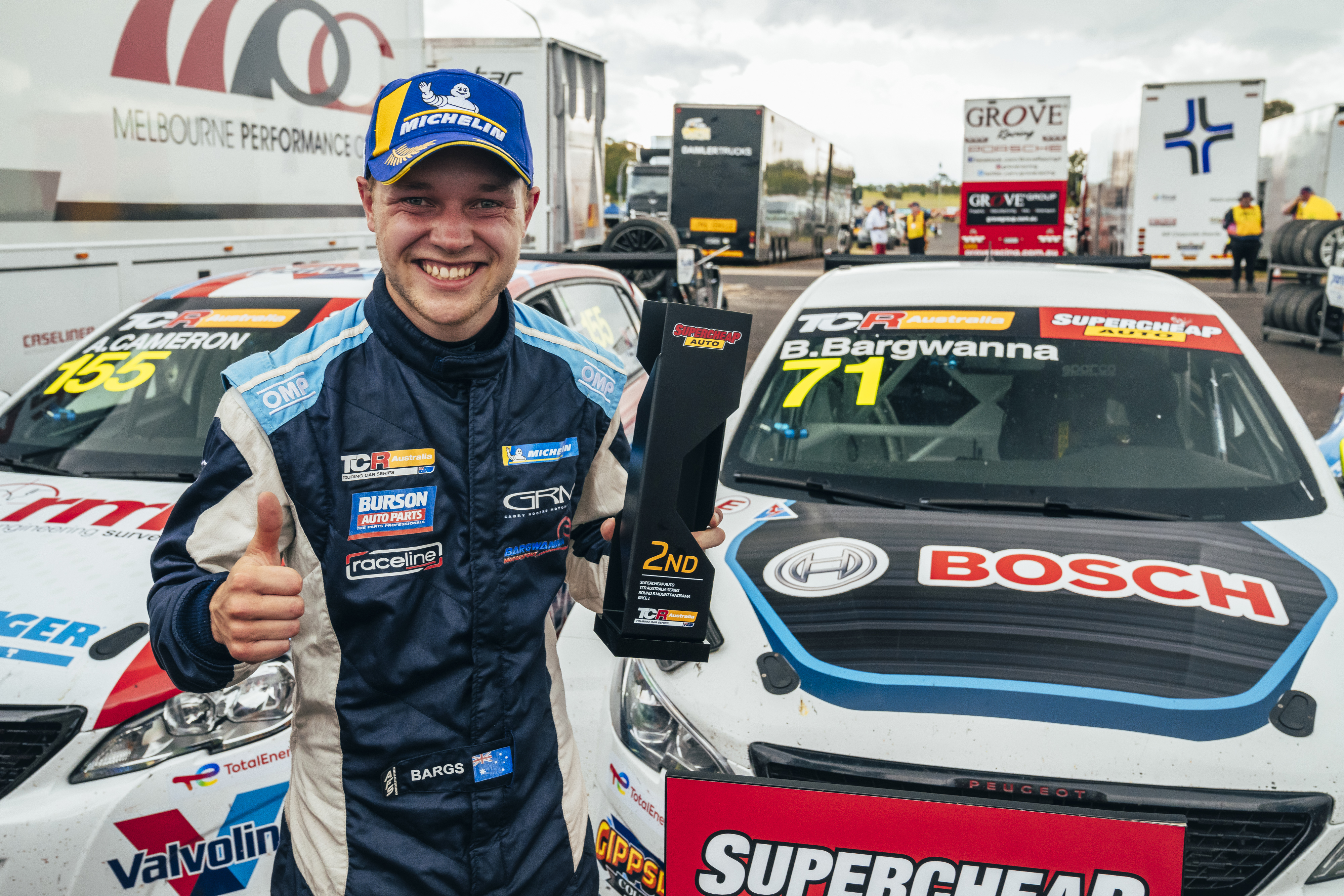 “Obviously I look up to Dad, he’s had a massive career, a long career, so it’s cool to look back at all that stuff and go ‘wow! He’s the real deal’, and now I’m going through all that.

“I understand what he’s been through. He shows me all the ropes, the ins and outs. It’s special, it really is. I can’t quite put it into words but I’m very lucky.”

And what of racing with the Bargwanna surname? For Ben, it’s about creating his own name.

“Everyone has their opinion on that, but when I first started racing cars I probably felt that and put that pressure on myself,” he said.

“That probably made me struggle a bit at race weekend, especially mentally. As time has gone on, I’ve realised I’m in this battle myself. 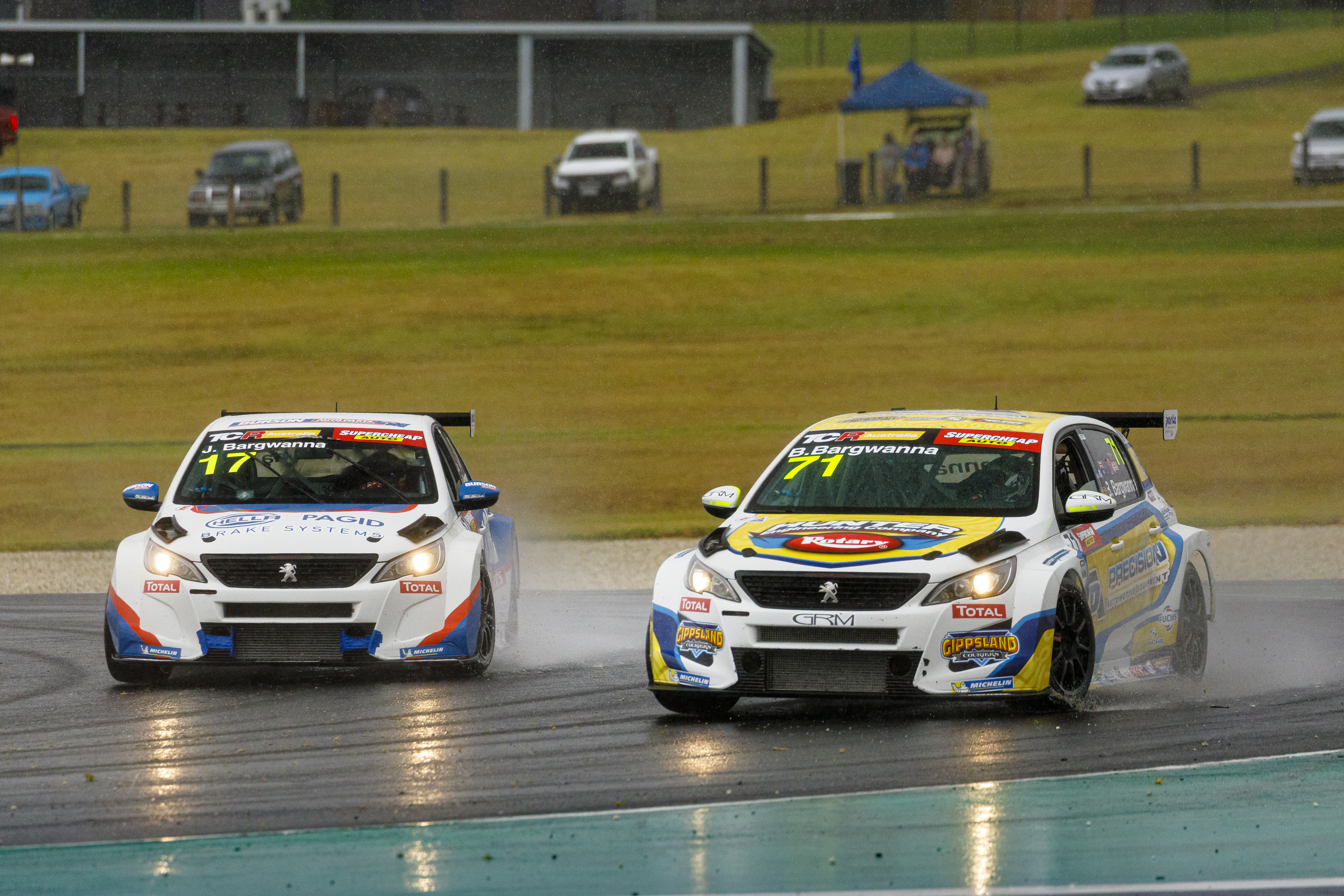 “Yes, I’ve got the last name, but I’m Ben Bargwanna, I’m not Jason Bargwanna. I’ve got to drive my own career. He’s going to help me every step of the way, but I’ve got to do it myself.

“I have a dad who’s won the Bathurst 1000, you’d expect some pressure. When I was younger I felt that. Especially last year and this year being just me and not dad and I, it feels like I’ve started to take that step to begin my career.”

Bargwanna will be back in action at the forthcoming SpeedSeries event at Sandown, Melbourne on September 16-18.