Frances Tiafoe’s dream run at his home slam was ceased by Carlos Alcaraz in another lengthy, five-set match for the young Spaniard.

Throughout the tense encounter, Tiafoe refused to give up, showcasing his talent, athleticism and commitment to his craft. 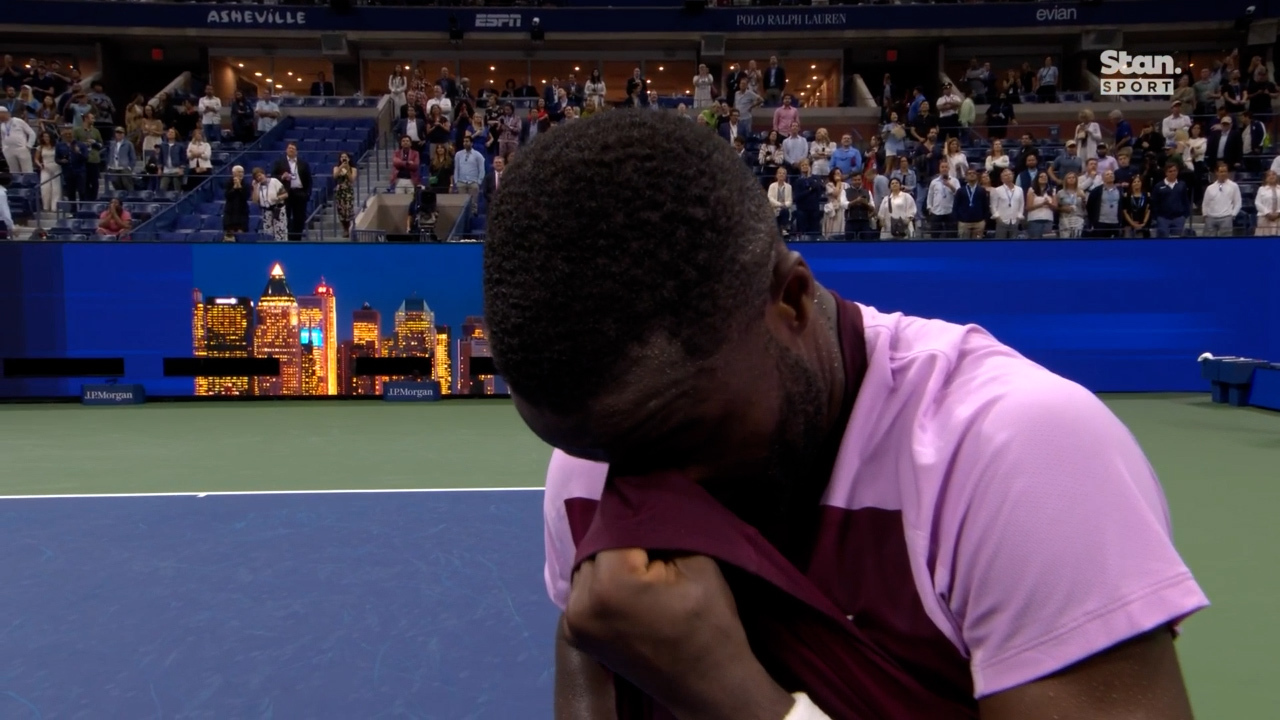 “He was ﻿brilliant this tournament and it took someone of Alcaraz’s stature and brilliance to beat him,” Australian tennis great Wally Masur told Stan’s Grand Slam Daily.

“It must give him great confidence going forward, I mean the blueprint is there for Tiafoe.

“Don’t the crowd [love him] – obviously being an American helps ﻿- but he’s electric, he can do amazing things, he’s very dynamic and the crowd really respond to him.

“I hope﻿ he just forges ahead because – maybe clay’s going to be a bit difficult for him – but on every other surface he’s a threat.”

Speaking in a ﻿rare post-match interview as the loser on-court, Tiafoe fought back tears as he addressed the crowd. 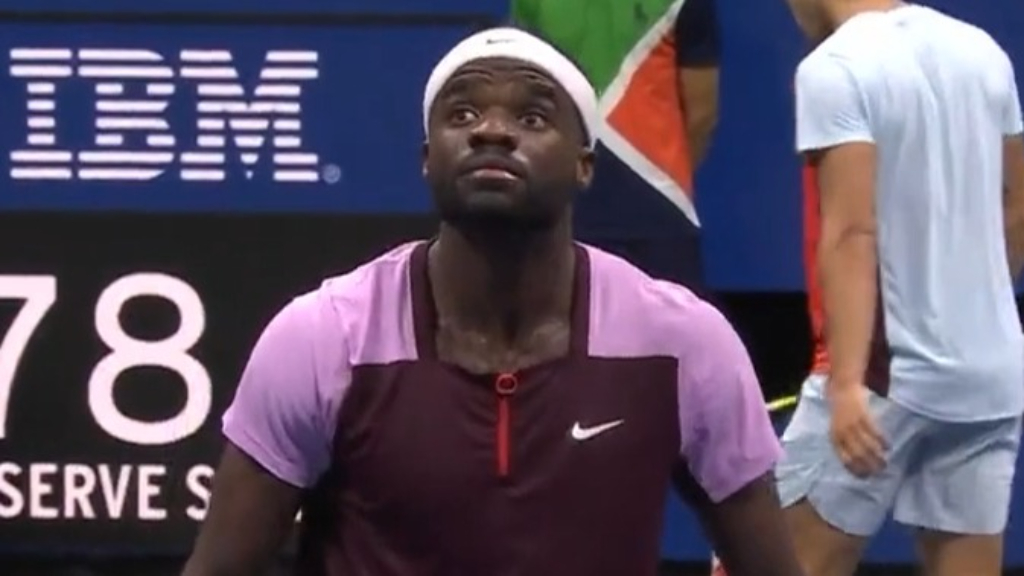 “I gave everything I had. Too good from Carlos tonight,” he said.

“I gave everything I had for the last two weeks.

“Honestly, I came here wanting to win the US Open. I feel like I let you guys down.

“Too good from Carlos, you’re going to win a lot of grand slams. You’re a hell of a player, hell of a person. I’m happy I got to share the court with you on such a big stage.

“I’m gonna come back and I will win this thing one day. I’m sorry guys.”

In his own interview, Alcaraz echoed ﻿the enormous effort needed to claim the coveted second spot in the final.

“We are in a semi-final of a grand slam. We have to give everything we have inside, we have to fight until the last war,” he said. 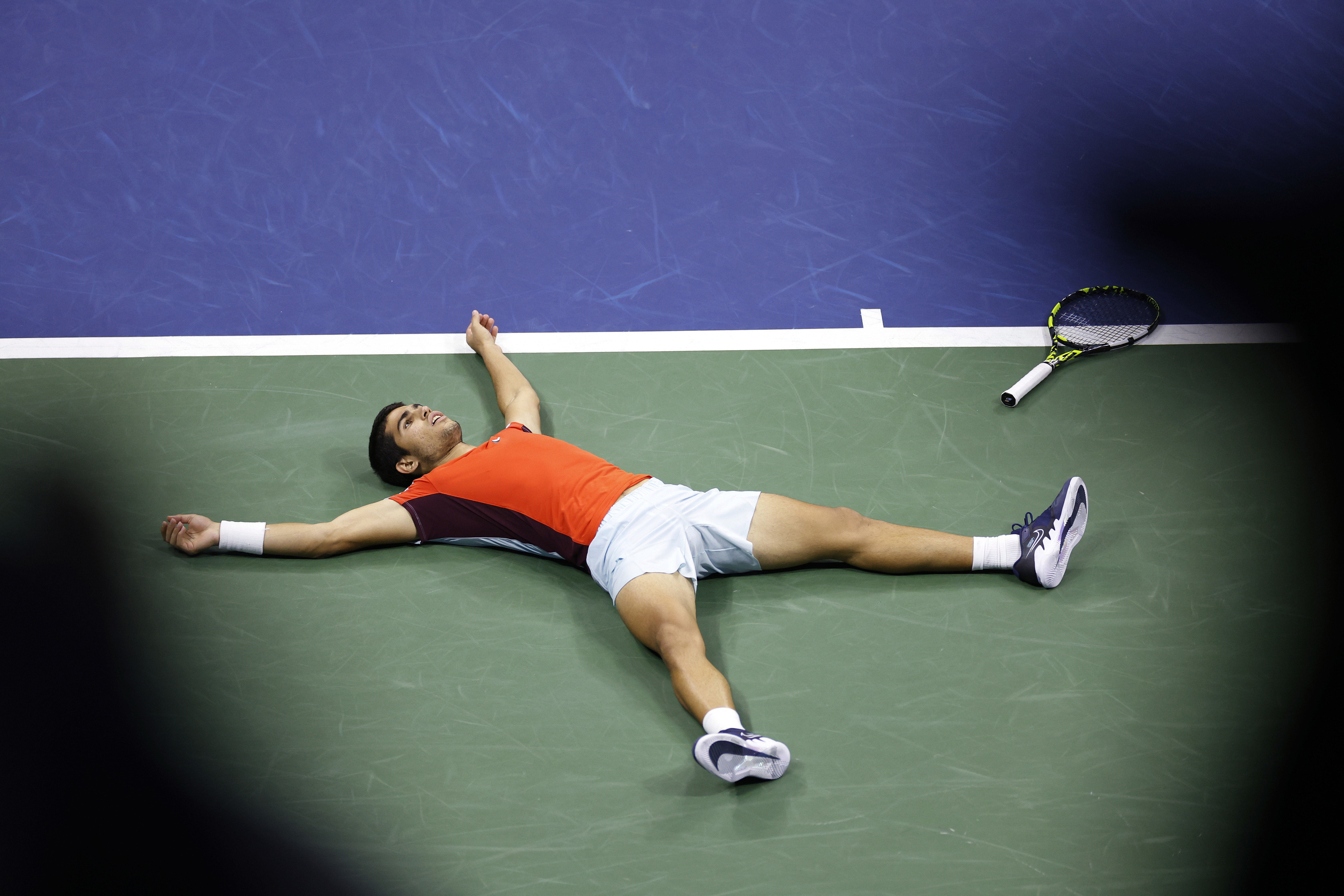 Asked if Tiafoe was a grand slam champion in waiting, Masur said the 24-year-old was destined for higher honours.

“If he plays like this, on a fast court at the US Open, ﻿absolutely,” he said.

“He was a whisker away from being in the final.”