Aussies Storm Sanders and John Peers have won the US Open mixed doubles title over Kirsten Flipkens and Edouard Roger-Vasselin.

It was the first grand slam mixed doubles title for Peers, who had made 31 previous appearances before teaming up for the first time with Sanders in this tournament.

“To be honest, I still don’t think it’s really sunk in,” Sanders said in the post-match press conference.

“Even before the match, I was just thinking it’s another match, doesn’t matter. Amazing opportunity and a great challenge to be playing on the biggest court in the world in a Grand Slam final. 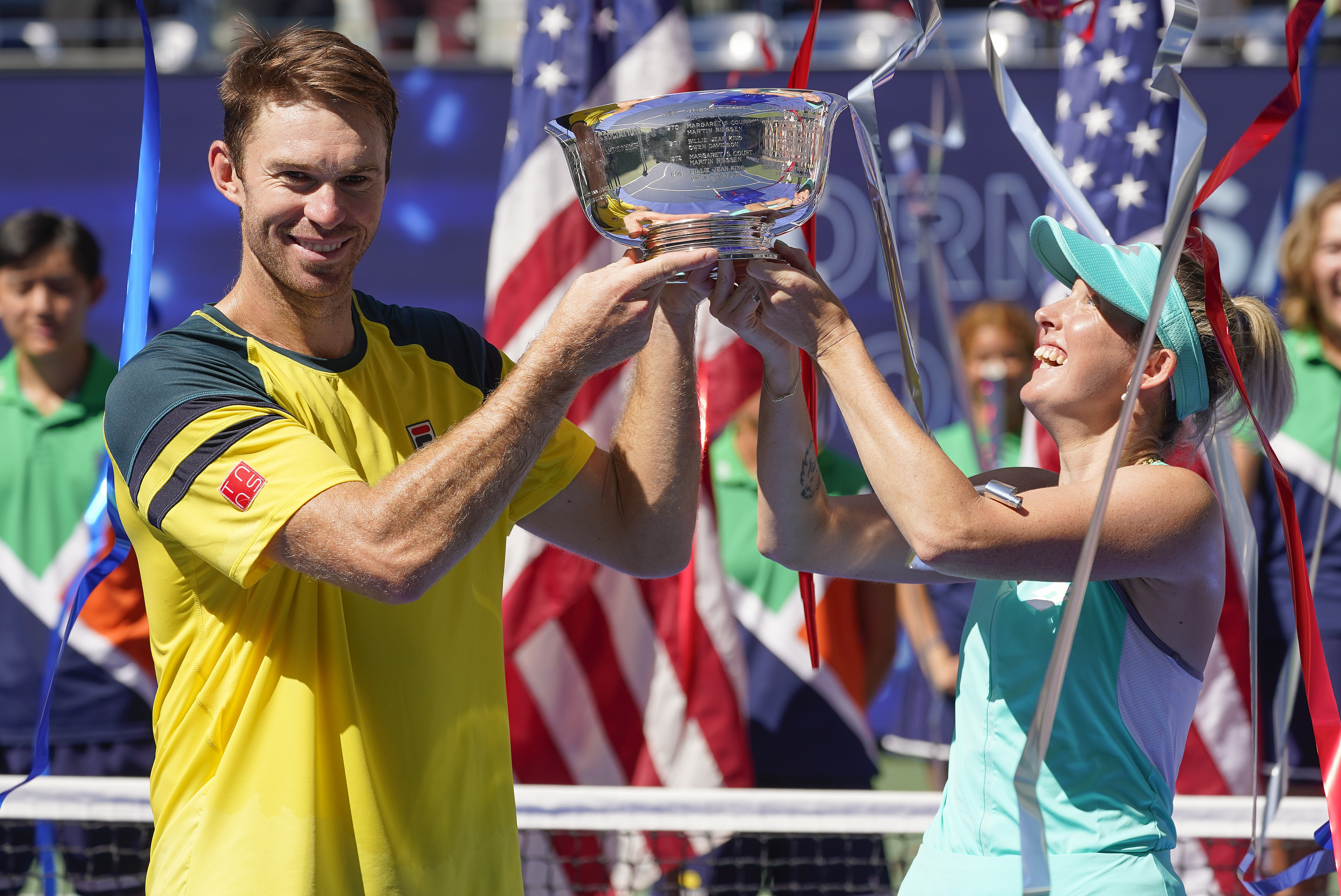 “Obviously I lost my doubles semi final yesterday in a close one. I had to kind of let that go and just really focus on today.”

The pair were cheered on in the crowd by former US Open champion Sam Stosur.

“Having Sam there as well watching on, it was just super amazing. Kind of gave me a little bit of calmness knowing that she was there. I think she yelled out ‘Believe in yourself’ to me once, and that definitely helped,” Sanders said. “It still doesn’t really feel real to be honest. This is the first time Johnny and I have played together. We played really well all week. We had some really tough opponents. Our game styles match up really well. We also have a lot of fun out there, too.”

A booming Peers ace while serving at Flipkens in the tiebreak won the pair the match.

The pair confirmed they will also team up at the Australian Open﻿ in January.