The pre-fight press conference for UFC 279 was cancelled as soon as it began for safety reasons after an altercation between fighters backstage.

Company boss Dana White pulled the plug on the event, labelling it an “absolute shit show back there,” as soon as he hit the stage. “Ask them questions. There’s lots of crazy shit going on back there,” he added.

The press conference started with only two fighters as Kevin Holland and Daniel Rodriguez answered a few questions from the media rather than the six athletes who were originally scheduled to appear.

After they faced off and left the stage, White was seen speaking to UFC officials along with security before calling it in.﻿

“This ain’t going to happen,” White said as the crowd booed. “I apologise everybody. I am in very weird waters here. This has never happened in the history of this company. 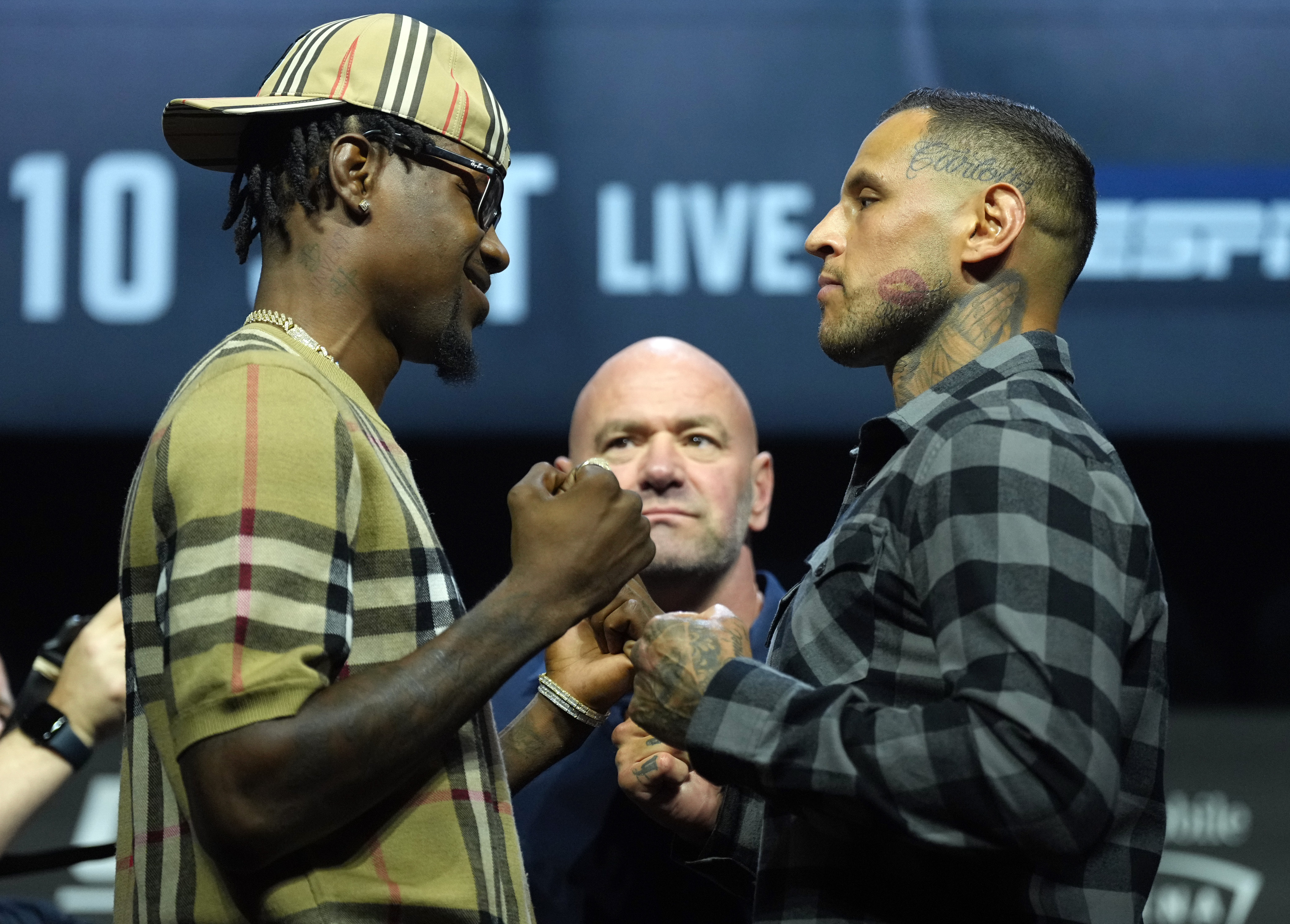 White later told reporters backstage that the “chaos” was sparked by a dust up between Holland and UFC 279 main event star Khamzat Chimaev, which then erupted into a much larger incident between athletes and their camps backstage.

“There were multiple things going on at the same time. It wasn’t just one thing that erupted,” he said. “Once it all started erupting, it was a complete shit show.”

MMA Fighting reported the fracas was sparked by Paulo Costa, who isn’t fighting on the UFC279 card, amid an exchange with Chimaev, with the two having a war of words recently on social media.

Chimaev then reportedly clashed with Holland, and then with Nate Diaz’s team – which was when water bottles were thrown.

The part owner of the UFC said the weigh-ins and the main event would go ahead as planned, but with more of a focus on security.

Life-changing controversies that rocked the AFL