Ons Jabeur has reached a second consecutive grand slam final without needing to produce her best tennis, taking full advantage of a shaky showing by Caroline Garcia to win their US Open semi-final 6-1, 6-3.

The No.5 seed Jabeur was the runner-up at Wimbledon in July, and now will be the first African woman to participate in a final at the US Open in the professional era, which dates to 1968.

“After Wimbledon, (there was) a lot of pressure on me,” Jabeur said following the win, which took barely more than an hour. “I’m really relieved that I can back up my results.”

Jabeur, a 28-year-old from Tunisia, will try to collect her first major championship on Sunday morning (AEST) when she meets Iga Swiatek.

None of the last four players in the women’s bracket had ever made it to the final in New York.

The same goes for the men’s semifinalists who will play tomorrow morning (AEST). With four-time major champion Arantxa Sánchez Vicario in her guest box – they traded thumbs-up signals at match’s end – Jabeur improved to 6-0 in semifinals this season and earned her tour-leading 92nd victory in all since the start of 2021. No.91 came in the quarterfinals this week, when she defeated Ajla Tomljanovic, who eliminated Serena Williams in the third round.

Two months ago, Jabeur became the first African woman and Arab woman to get to the Wimbledon final, where she lost to Elena Rybakina. Now Jabeur gets another shot at a trophy.

On a fine evening at Arthur Ashe Stadium, Jabeur was not required to be at her best, but she was still rather good.

She finished with 21 winners – after one that was aided by a fortuitous bounce off the top of the net, Jabeur put up a hand to apologize, then blew a kiss to the sky – and just 15 unforced errors. She delivered eight aces. She went four from four on break chances and never faced a single one. 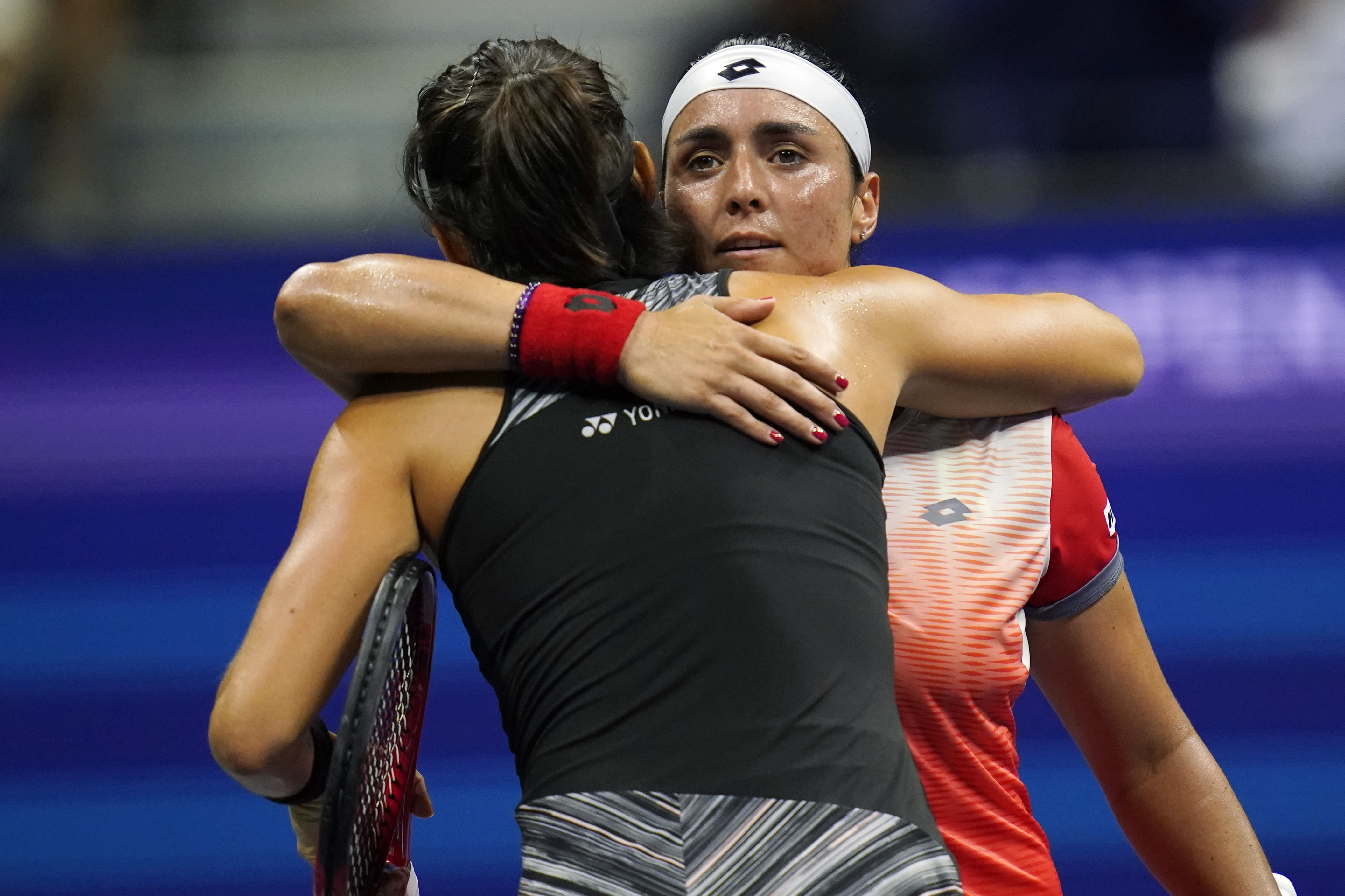 When Jabeur went up a break in the second to lead 3-1 merely 40 minutes in, the match was not yet won, but it might as well have been.

After a moment of silence to commemorate the death of Queen Elizabeth II, Garcia won the coin toss and chose to serve, which made sense considering she leads the tour in aces in 2022 (although hit just two against Jabeur).

But the 28-year-old from France got broken right away, thanks to four mistakes of various sorts – a netted forehand, a wide forehand, a long backhand and, most concerning and perhaps most reflective of nerves, what should have been an easy put-away volley she barely managed to make contact with and dumped into the bottom of the net.

It was a rather inauspicious and jittery start for Garcia, who came in on a 13-match winning streak, the longest of her career, and hadn’t lost a set at Flushing Meadows on the way to her debut in a Slam semifinal. That included a victory over 18-year-old American Coco Gauff. But there were no signs of the confident, crisp, attacking play Garcia displayed against Gauff – and since the start of June on the way to 31 match wins and three titles in that span.

Instead, this semi-final was an extension of the lopsided series between two players who first began playing each other as juniors more than a decade ago. Including those encounters as teens, Jabeur is now 7-0 head-to-head against Garcia.

Jabeur’s style of mixing spins and speeds, of throwing in drop shots to keep foes off-balance, was not even entirely on display. At moments, especially early, Jabeur seemed content to keep balls in play, sending sliced backhands deep to the middle of the court and waiting for Garcia to err.

Of Jabeur’s initial 18 points, 12 came via unforced errors off Garcia’s racket, a pattern that would continue.

Life-changing controversies that rocked the AFL