AFL greats ﻿Nick Riewoldt and Nathan Buckley were less than impressed by the behaviour of Lincoln McCarthy during the opening term of Brisbane‘s 13-point semi-final win over Melbourne.

At the back end of the first quarter, McCarthy appeared to taunt Harrison Petty after the Demons defender was seen in tears during the two clubs’ round 23 meeting following a vile sledge from Dayne Zorko

The incident unfolded as Cameron Rayner was awarded a free kick in the Lions’ forward line when push and shove erupted between several players.

Petty and McCarthy became involved with Petty dishing up some choice words towards the Lions forward. McCarthy then retaliated, making a crying motion with his hands. 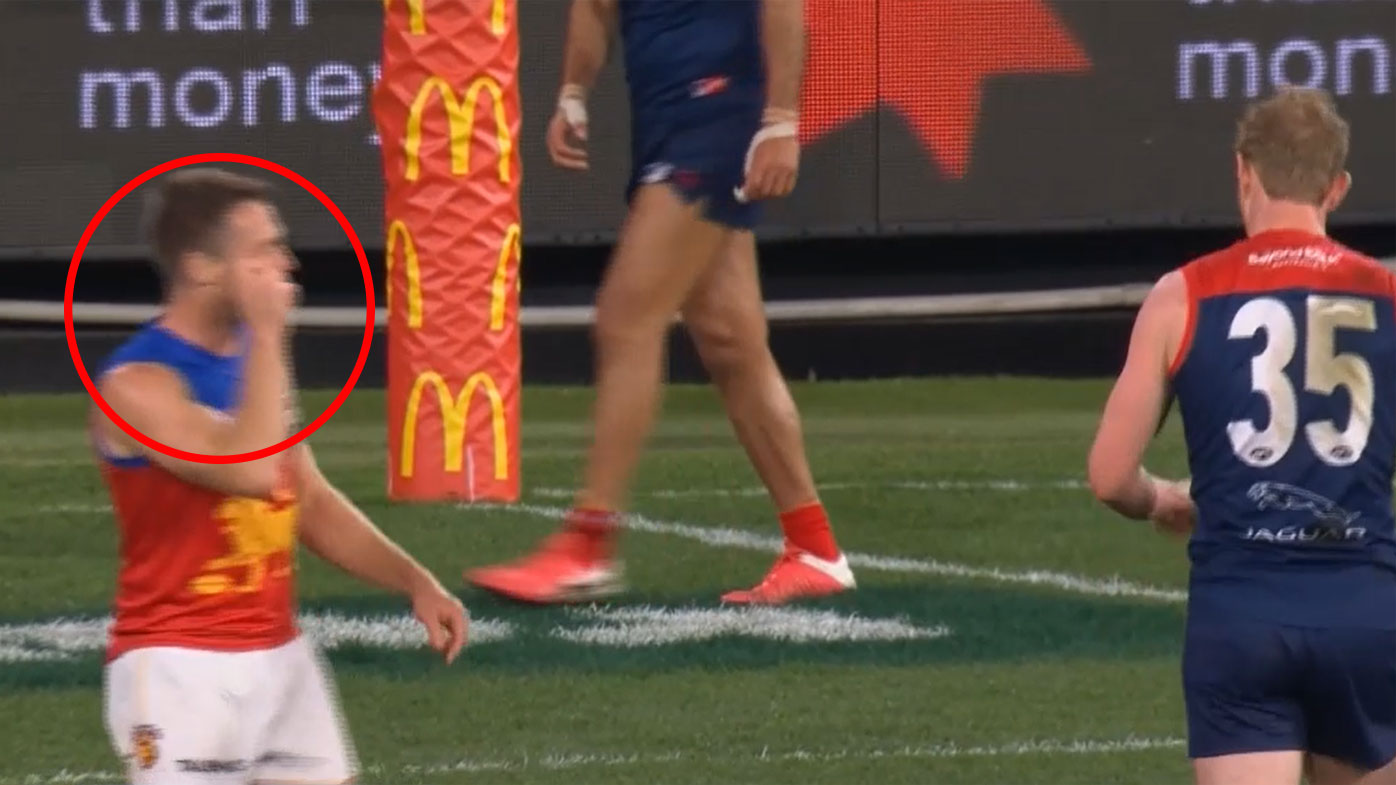 ﻿McCarthy had a quiet first half with just four possessions and no impact on the scoreboard.

“So when the ball’s there, when the really important stuff’s there to be won, you don’t win it, and then you want to carry on with the rubbing-of-the-eyes stuff.

“When you look at the contest, Brisbane haven’t been as tough as they’d have liked. When the ball’s there to be won, that’s the real test, and you’ve failed it.﻿”

“That’s everything they were talking against leading into this match,” Buckley added.

“Zorko said it himself, (saying) we’ve been talking a lot but we haven’t been following through. Chris Fagan was keen on actions, not words.”

Melbourne dominated the first half but, after Brisbane kicked five goals in a row over the middle quarters, the score was all tied up at 59 apiece at three-quarter time.