Rattled Kiwis out for lowest score in six years

New Zealand‘s horror record in Australia has continued, with a collapse in Cairns consigning them to another ODI defeat, with their winless run dating all the way back to 2009.

Despite the failures of Australia’s top order, most-notably Aaron Finch, the hosts managed to put a respectable score on the board and secure a 113-run win, the Kiwis all out for 82.

Australia now has an unassailable 2-0 lead in the series, having taken the first match on Tuesday.

From being 5-54 at one point, a solid 61 from Steve Smith as well as a cameo from Glenn Maxwell steadied the ship, before Australia’s last three bats — Mitch Starc, Adam Zampa, and Josh Hazlewood — combined for 77 runs to steer Australia to 9-195.

Any fears of that target not being enough to defend were quickly laid to rest.

Martin Guptill went in the opening over, while Devon Conway and Kane Williamson scratched around to little effect before the former was dismissed in the ninth over, with the team score at just 14. 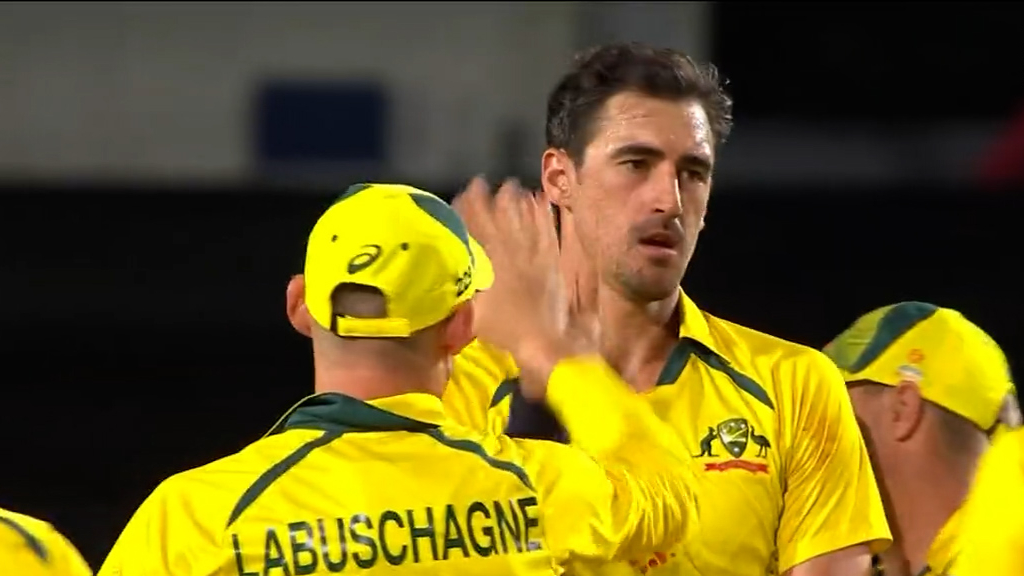 The number one ODI team in the world looked anything but as there was very little fight following Williamson’s 17 from 58 balls, although Trent Boult and Mitchell Santner’s late resistance was enough to propel them past both their lowest-ever ODI score (64), and their worst against Australia (74 back in 1982).

In the end, it was their sixth-worst total ever in an ODI, and their worst since being all out for 79 against India in 2016.

“I didn’t bowl my best, to be honest,” a humble Zampa said afterwards.

“The full toss to Kane, the ball didn’t come out as well as I’d liked, but sometimes it’s like that,” he said of a somewhat fortunate LBW dismissal of the Kiwi captain. New Zealand had won nine from 10 50-over matches in 2022, before their loss total for the year tripled this week.

The series will conclude on Sunday afternoon.

Breaking: Steve Bannon Surrenders to SDNY Authorities in Latest Harassment Case – Related to Build the Wall Project that He Already was Pardoned For (VIDEO)