Karen Khachanov said he was prepared to play the villain against Nick Kyrgios – as he thanked the fans for their ‘love’ following his US Open quarter-final win.

It wasn’t quite the level of Daniil Medvedev’s tirade in 2019, when he told a rowdy crowd that their booing gave him energy, but it was clear that the crowd was leaning towards the flashy Australian.

“Thank you, I appreciate it, thank you.”

READ MORE: Kyrgios loses it after shaking hands in defeat

At times, you could see the Russian trying to rev up the fans inside Arthur Ashe Stadium, but with very little success. However, he was feeling the love after coming through an epic five-setter to advance to his first major semi-final.

“I was prepared, I was expecting that the crowd would be more for him,” he said in his post-match press conference.

“He was the favourite in their eyes, you know? I don’t get upset at that – I played Rafa in 2018, and it was a pretty similar thing so I knew what to expect, I knew what I had to do and how focused I had to stay and just to deliver a good match.” 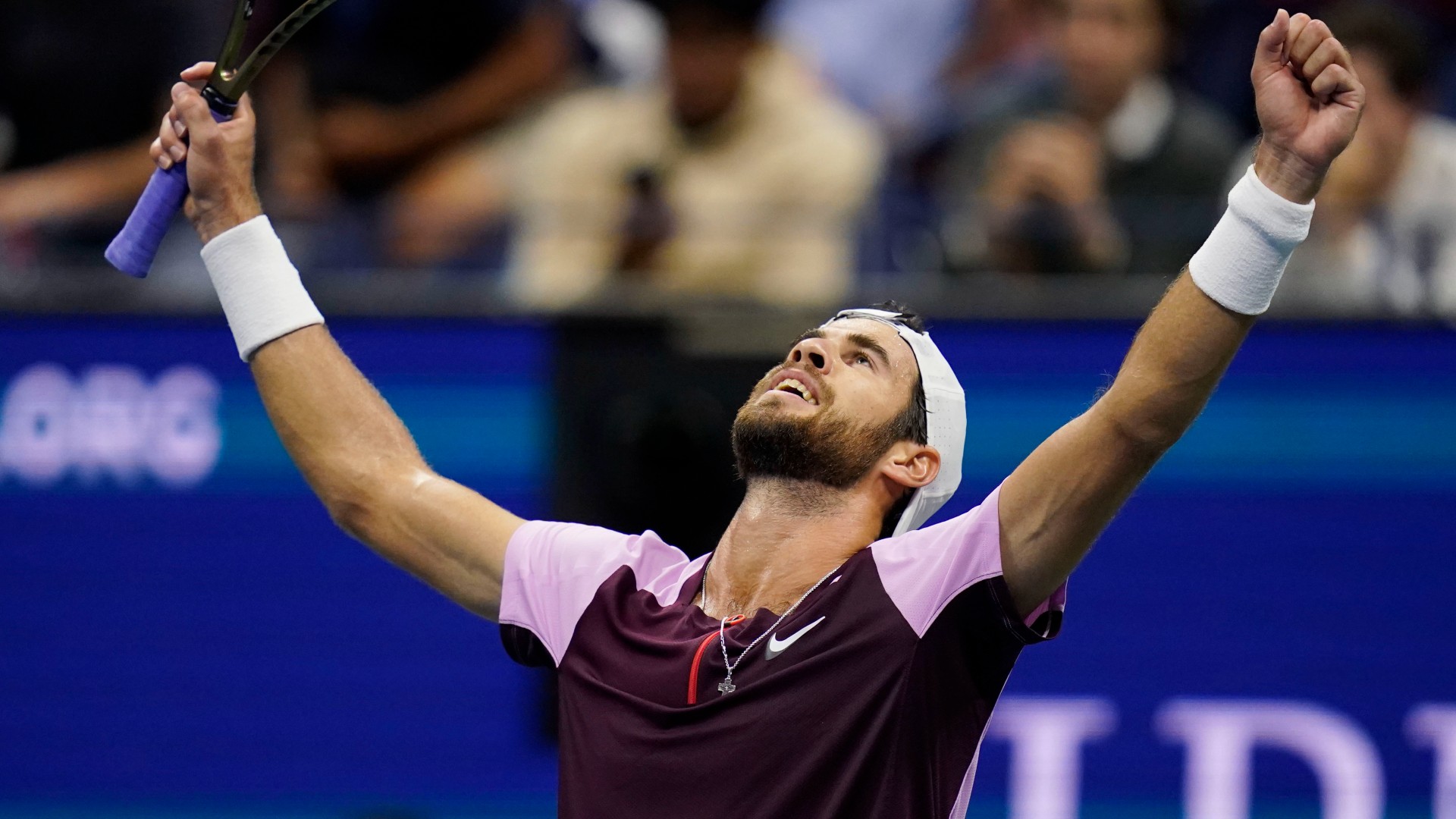 Khachanov took both the first and third sets in the final Kyrgios service game, before the Australian looked to be on top after blitzing the fourth set tiebreaker.

“It was a crazy match, I was expecting it would be like this – I’m ready to run, to fight, to play five sets,” he said.

“We played again, almost four hours, and that’s the only way to beat Nick, I think.”

Khachanov pulled himself together after the fourth, converted a break point early in the fifth and then defended a couple across his next two service games.

The Russian was immense, but by his actions Kyrgios clearly felt as though he’d missed a huge opportunity, with the enigmatic Aussie wrecking two racquets in a fiery post-match tantrum immediately after shaking the chair umpire’s hand.﻿ 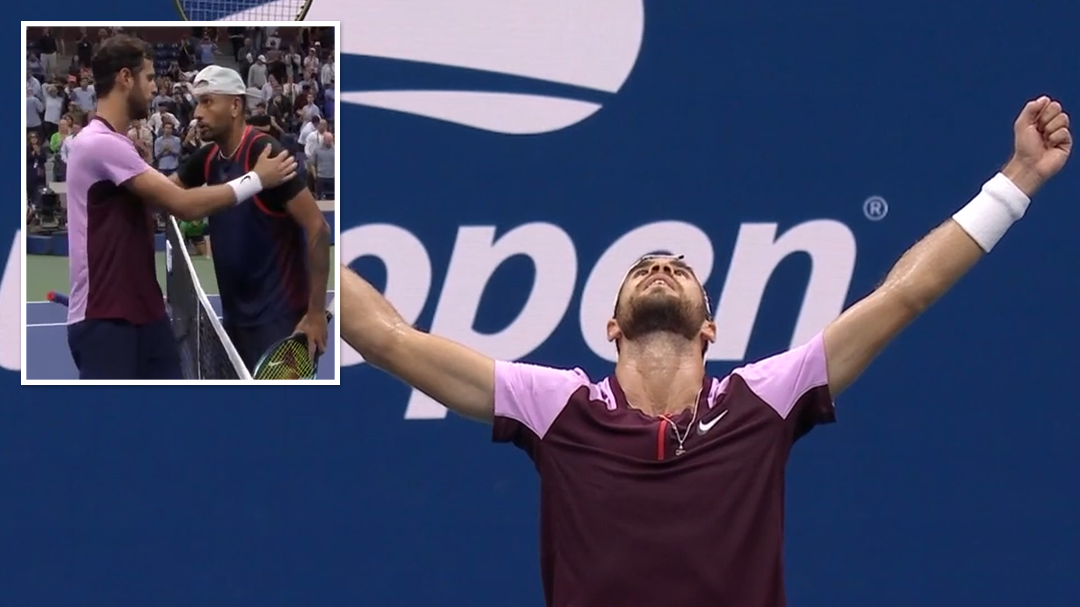 “I tried to stay focused on the match – I had some opportunities in the fourth set, he played an amazing tiebreak and what can I do? I can stay, focus, and try to win the next set,” Khachanov added.

“I’m really proud of myself – I was really focused from the beginning to the end, and I got the win.”

Khachanov goes on to face Casper Ruud, with a spot in the final on the line.