Geelong star Patrick Dangerfield has sent a stern warning in the direction of Collingwood’s Jack Ginnivan after the youngster’s controversial ‘chicken wing’ tackle on him.

Dangerfield ﻿was less than impressed with Ginnivan after having his left arm pinned behind his back by the teenager as he was tackled by Collingwood’s Taylor Adams in the first quarter of last weekend’s qualifying final.

While the tackle was missed during the broadcast, reverse angles in the days following Geelong’s six-point win over the Magpies showed Dangerfield being caught in a compromising position.

Ginnivan escaped the tackle without punishment and Dangerfield without any serious injury, but the ﻿32-year-old, who is also the AFL Players’ Association president, didn’t mince his words when discussing the incident. 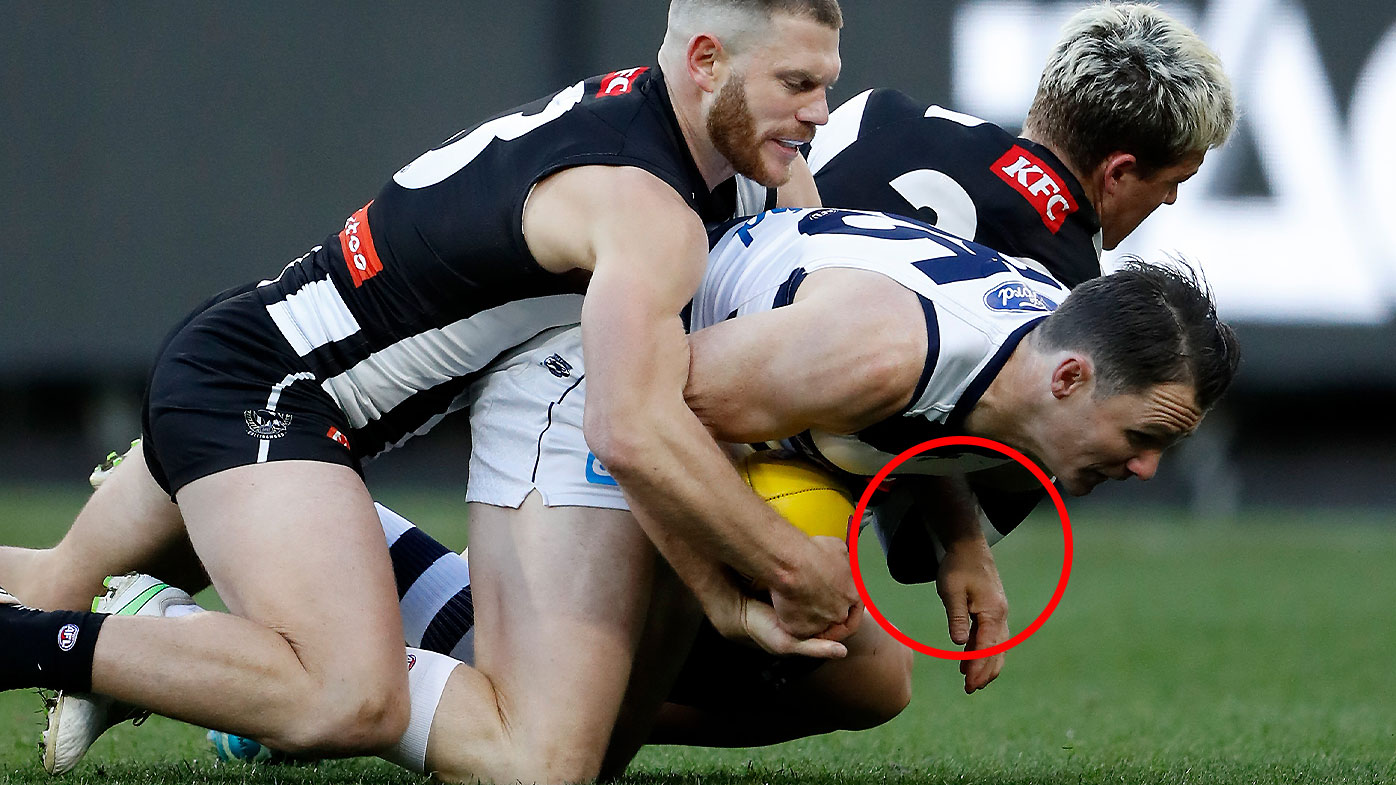 “I think it’s important that when you’re in a vulnerable position as a player you’ve got a responsibility to treat players with care,” the visibly frustrated Cat told reporters on Wednesday.

“If he had his time again, I’d like to think he’d do something different.”

Having prevailed in the intense clash against Collingwood, Dangerfield and the rest of his teammates now have the benefit of a week off to rest and recover.

Geelong will face the winner of the semi-final clash between Melbourne and the Brisbane Lions in a preliminary final.

Searches for ‘Sell My Car’ Soar 222% to an All-Time High in U.S. History Amid Massive Inflation and Record Gas Prices