Nick Kyrgios ignited the crowd with an outrageous hip-thrust celebration after winning a crucial point late in the third set match tiebreaker.

Kyrgios had just won the Special Ks a crucial point late in the match tiebreak – a beautiful lob over the heads of Glasspool and Haliovaara, which landed just inside the baseline.

The enigmatic Aussie turned to the stands and gave a series of thrusts, whipping a raucous crowd into a frenzy before the pair capitulated to lose four straight points and be bundled out of the tournament.

It was an uncharacteristic performance from the pair, which saw them blow three match points in the second set. 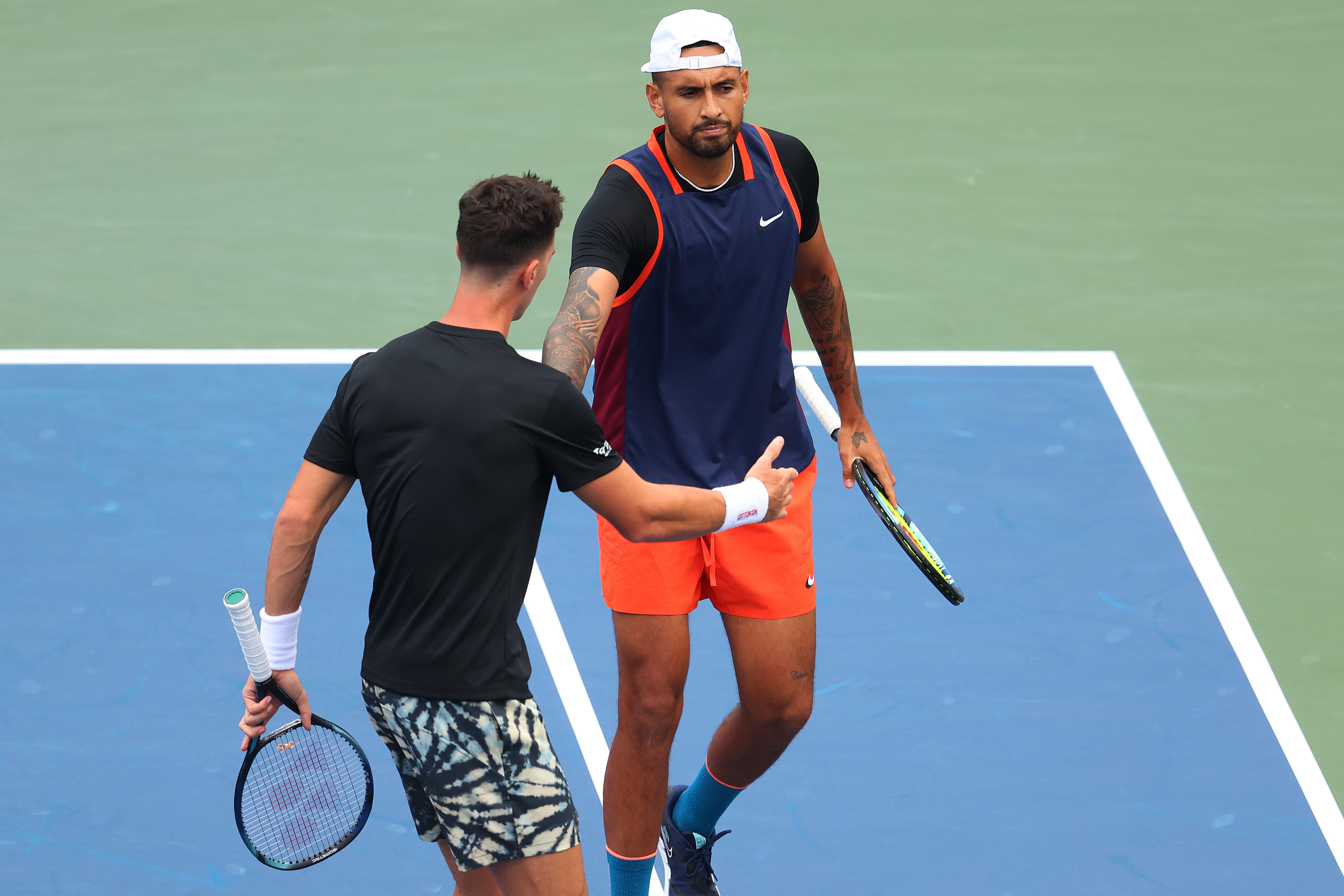 Glasspool and Haliovaara then fought back to earn a set point of their own, and it was given to them on a platter when Kokkinakis double faulted.

Kokkinakis wasn’t alone in making errors – Kyrgios had clearly left his form from Monday’s win against Daniil Medvedev somewhere on A﻿rthur Ashe Stadium. A bizarre moment early in the third set saw him swat a ball over back over his shoulder after appearing to baulk at a smash from a high bouncing return.

The second last point of the match summed up their performance aptly – Kyrgios sent down a serve that was crunched back over the net. The Ks then looked at each other as the ball sailed between them to set up a match point. 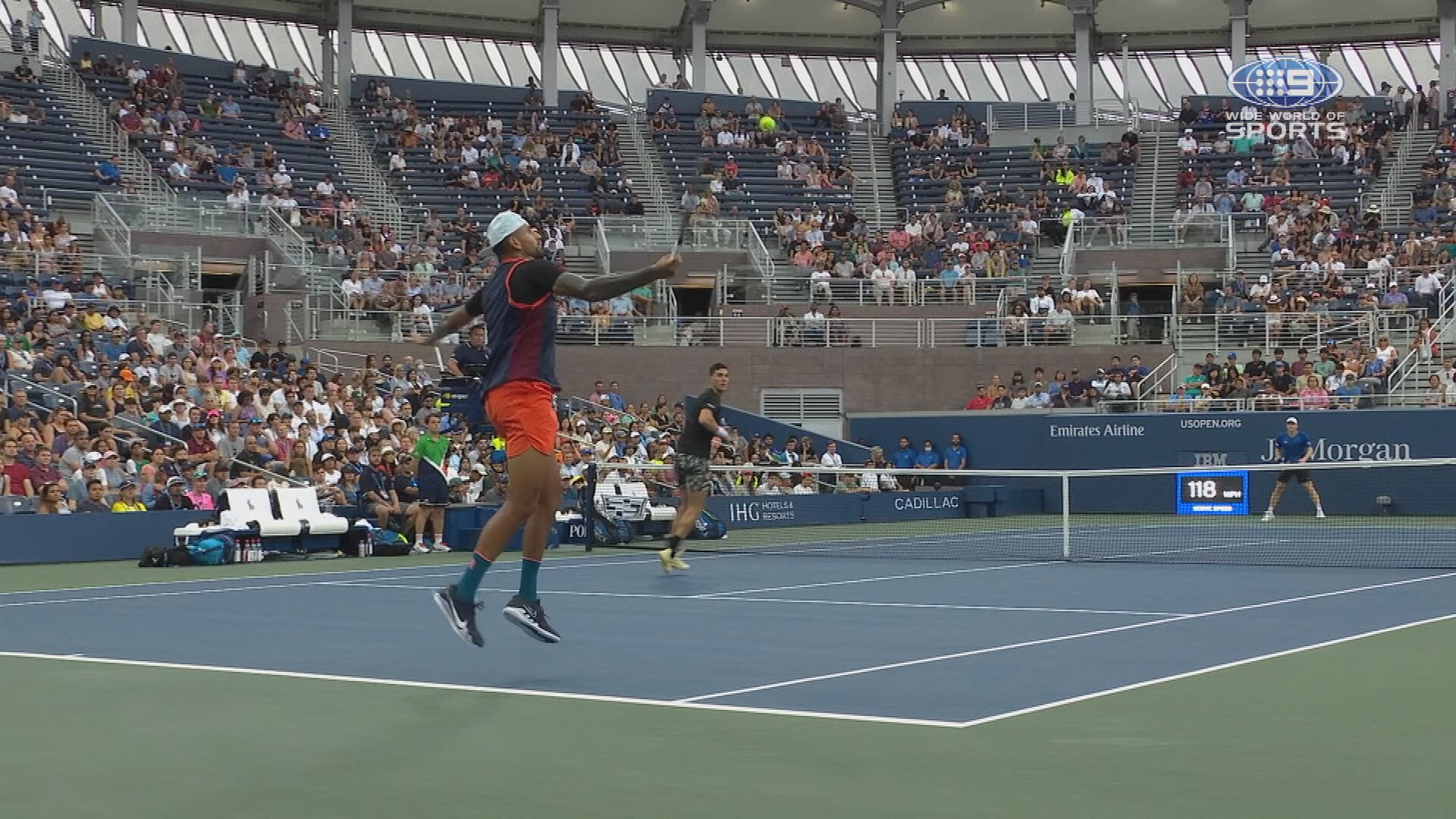 Glasspool and Haliovaara only needed the one chance, and took it to knock the Special Ks out.

Kyrgios is now free to focus on his deep singles run. He will face Karen Khachanov in his quarter-final tomorrow (AEST).

For a daily dose of the best of the breaking news and exclusive content from Wide World of Sports, subscribe to our newsletter by clicking here!﻿

Kyrgios racks up third US Open fine for outburst