Fielding at gully, Maxwell dived full length to his left to take a one-handed screamer to remove Guptill for six in the fifth over of the opening one-day international of a three match series, with the wicket taken off the bowling of Mitchell Starc.

“What a catch! What a standard. Maxwell, who else, and ﻿Australia strike early,” said Ian Smith in commentary for Fox Sports.

Kerry O’Keefe ﻿said the catch was the culmination of a plan from Starc.

“Brilliantly bowled this, ﻿again he just kept bowling across Martin Guptill,” he said.

“What a weapon (Maxwell) is in the gully. (Guptill) pushed hard at it – it was always leaving Glenn Maxwell, the left hand went out and it held.

“What a talent the Big Show is. His teammates enjoyed that.” 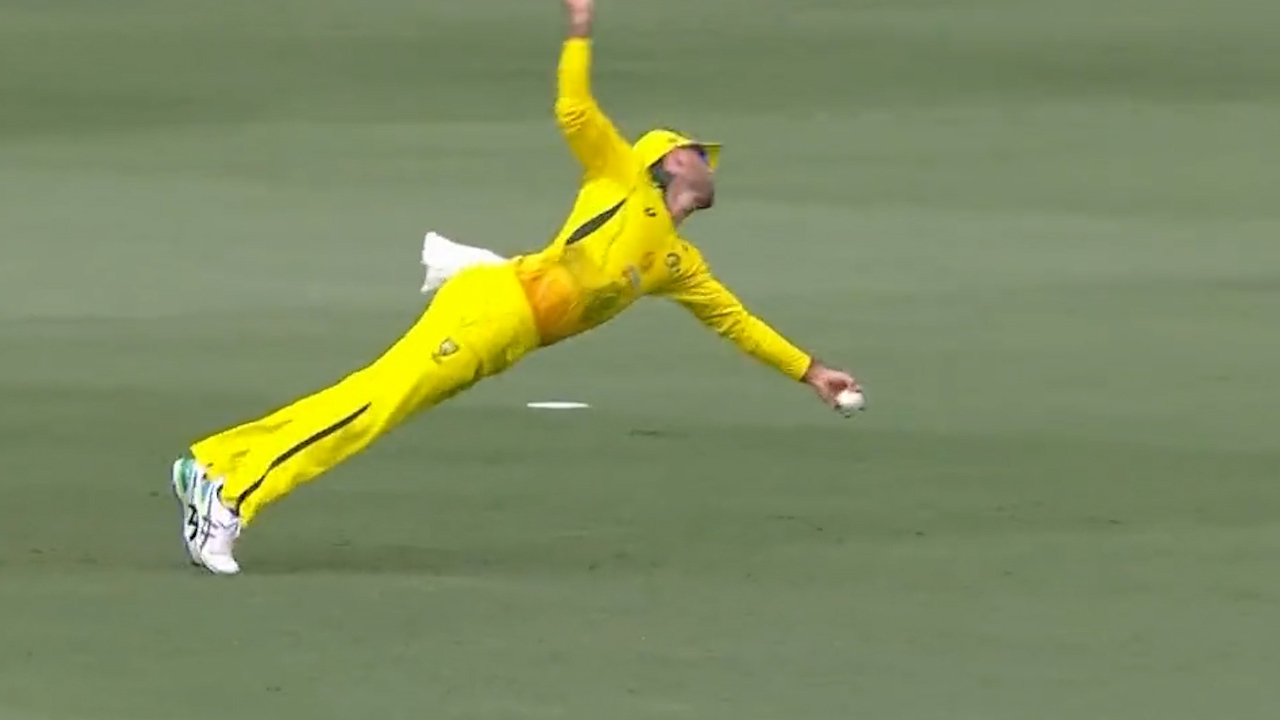 The Aussies are coming off a series win over Zimbabwe in Townsville.

Marnus Labuschagne has been recalled to the XI at the expense of spinner Ashton Agar to bolster Australia’s batting.

Fast bowler Lockie Ferguson has been recalled to New Zealand’s line-up in a combination with Matt Henry and Trent Boult.

The teams will play three day-night matches in Cairns.

How one game could change Aussie Ange’s career