Nick Kyrgios was hit with a ‘foul shot’ penalty for hitting the ball on the other side of the net, as he went to celebrate a point that he thought had set up a break point in his US Open match against Daniil Medvedev.

The Aussie star went on to win 7-6 (13-11), 3-6, 6-3, 6-2, eliminating the world No.1 in what Todd Woodbridge described as “the best match he’s ever played”, but it was the sideshow created by Kyrgios’ third set brain explosion that briefly took centre stage.

The Australian had the point won, and a last-gasp shot from Medvedev had looped up in the air and spun off to the side of the court, closer to the umpire’s chair than landing fair.

With the momentum from his previous shot, Kyrgios ran past where the ball was and smashed it away in celebration – but the ball wasn’t dead yet.

“What an error in judgement,” a stunned Woodbridge said in commentary for Nine.

“That should have been break point.”

Instead, it was 40-30 Medvedev who held serve a point later. But Kyrgios was able to laugh it off as he quickly held his own serve.

“I’ve never seen anything like that in all my time in tennis,” Woodbridge said.

Kyrgios could later be heard telling his box, “I honestly thought it was legal.” 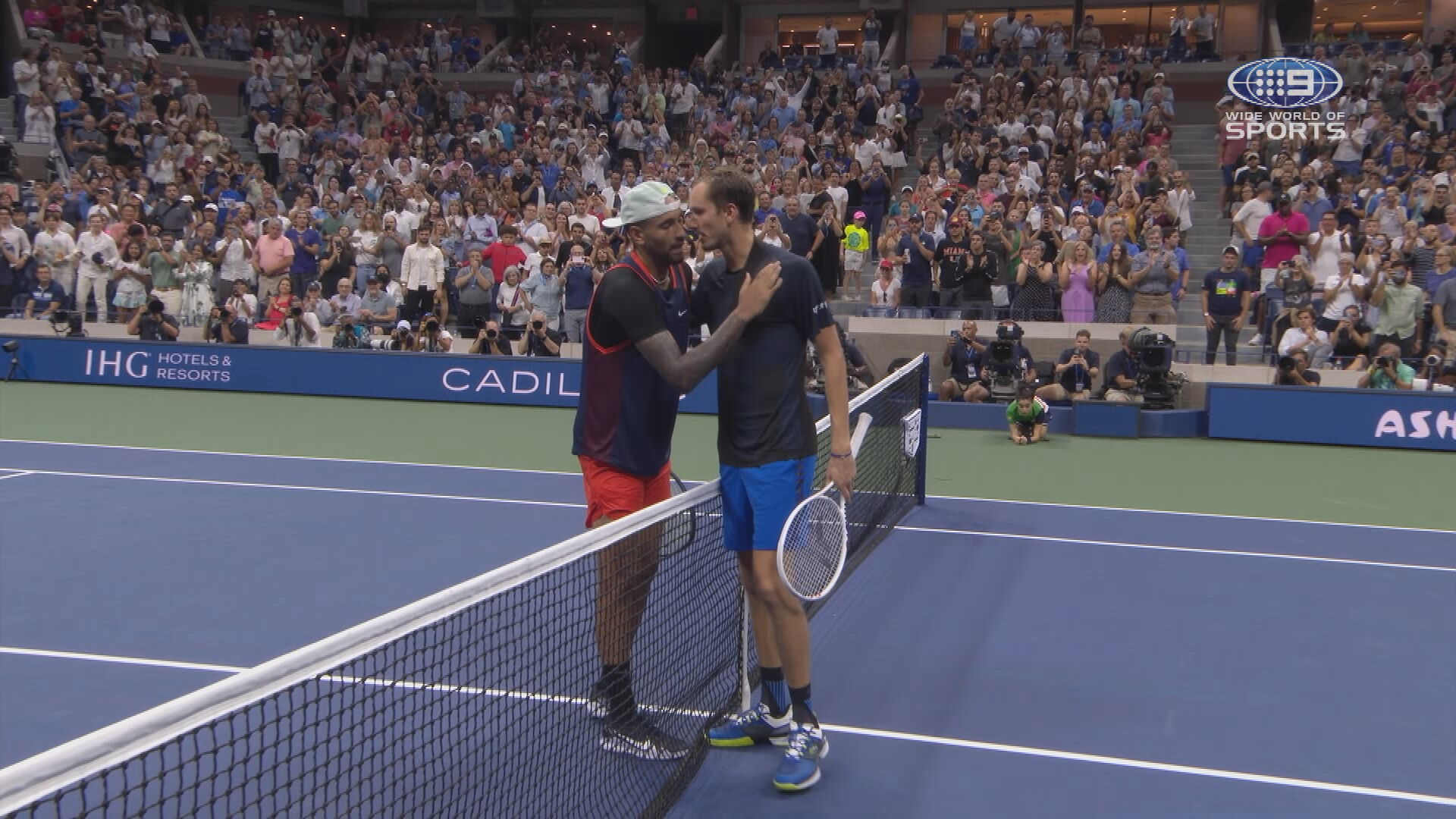 Remarkably, Kyrgios kept his cool after having the point stripped from him, and he went on to win the third set, seizing the momentum at a time of high tension. Woodbridge commented at the time that Kyrgios seemed to “lighten up” after losing that break point, a clear departure from the way the Aussie would have reacted had something like that happened even 12 months ago.

Following the match, Kyrgios was able to laugh about it with American tennis legend Patrick McEnroe, saying he’d made himself “look like an idiot” and predicting that the point would be shown on repeat by ESPN’s iconic ﻿show SportsCenter.

But more important was his ability to shake it off and refocus, breaking Medvedev in the Russian’s next service game to turn the match in his favour. He never looked like relinquishing his advantage thereafter.﻿