Warning after Dusty left to be Tigers ‘liability’

AFL great Kane Cornes has sent a message to the coaches still alive this finals series, advising they be “fully aware” that their players returning from injury can run out big games. 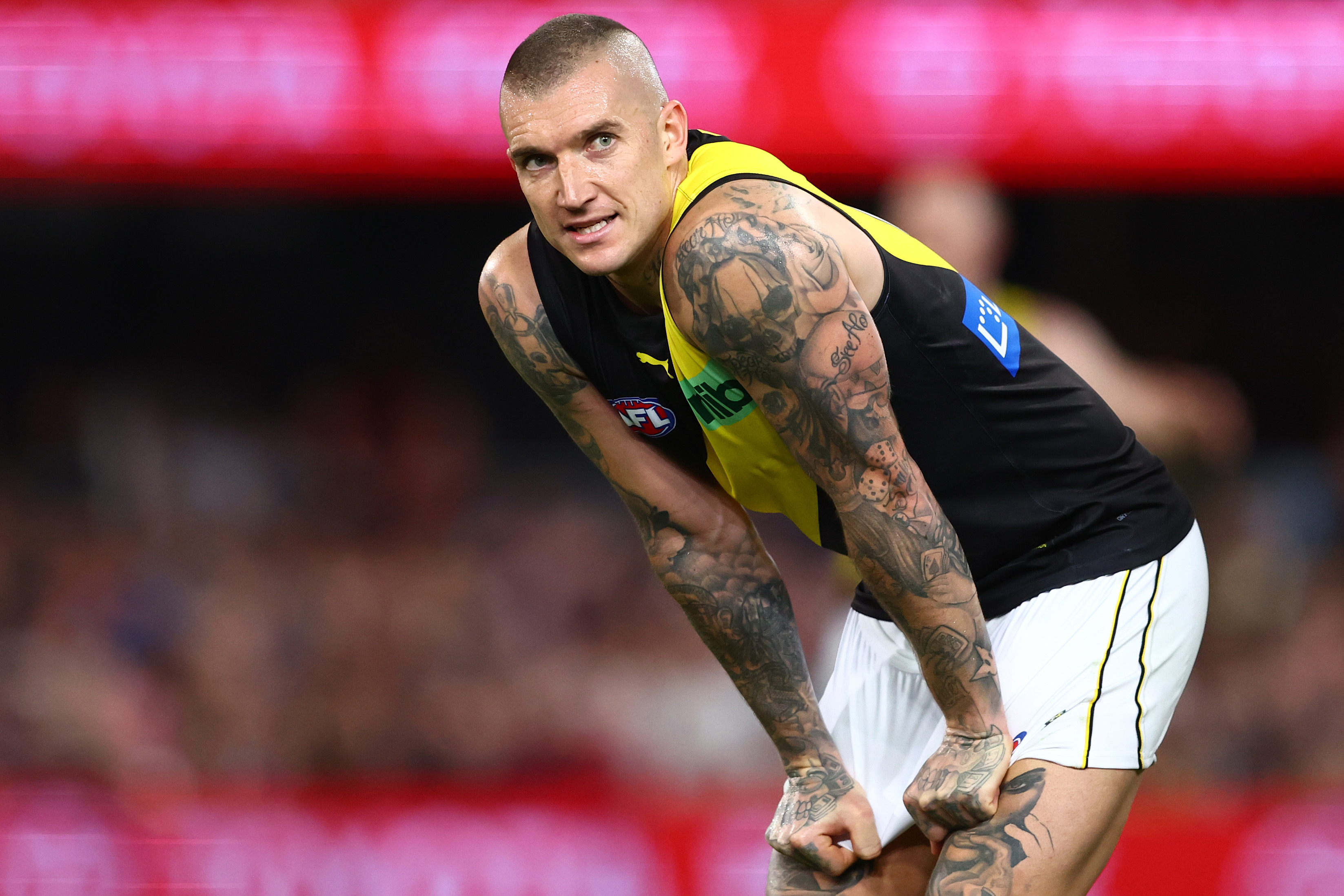 Martin returned to the Tigers line-up for the first time since he suffered a hamstring injury in round 16, and struggled, failing to lay a tackle all evening.

“I had this on my mind on Thursday night, even before the game, when Damien Hardwick said Dustin Martin was only 80 per cent fit,” he said.

“I’m watching during crunch time – elimination final – and they did not want to get Dustin Martin onto the ground. That’s because he was only 80 per cent fit.”

A similar situation played out during Collingwood’s six-point qualifying final loss to Geelong on Saturday, with star midfielder Taylor Adams reinjuring himself.

Appearing in extreme discomfort, Adams had to be helped off the field by two Magpies trainers.

Early reports after the game suggest that the 28-year-old tore his groin badly and is no chance to play again this season.

“Taylor Adams prior to this game said, ‘Look I’m going into this game sore. My groin is sore. I think I can manage it’. But he couldn’t,” Cornes said. 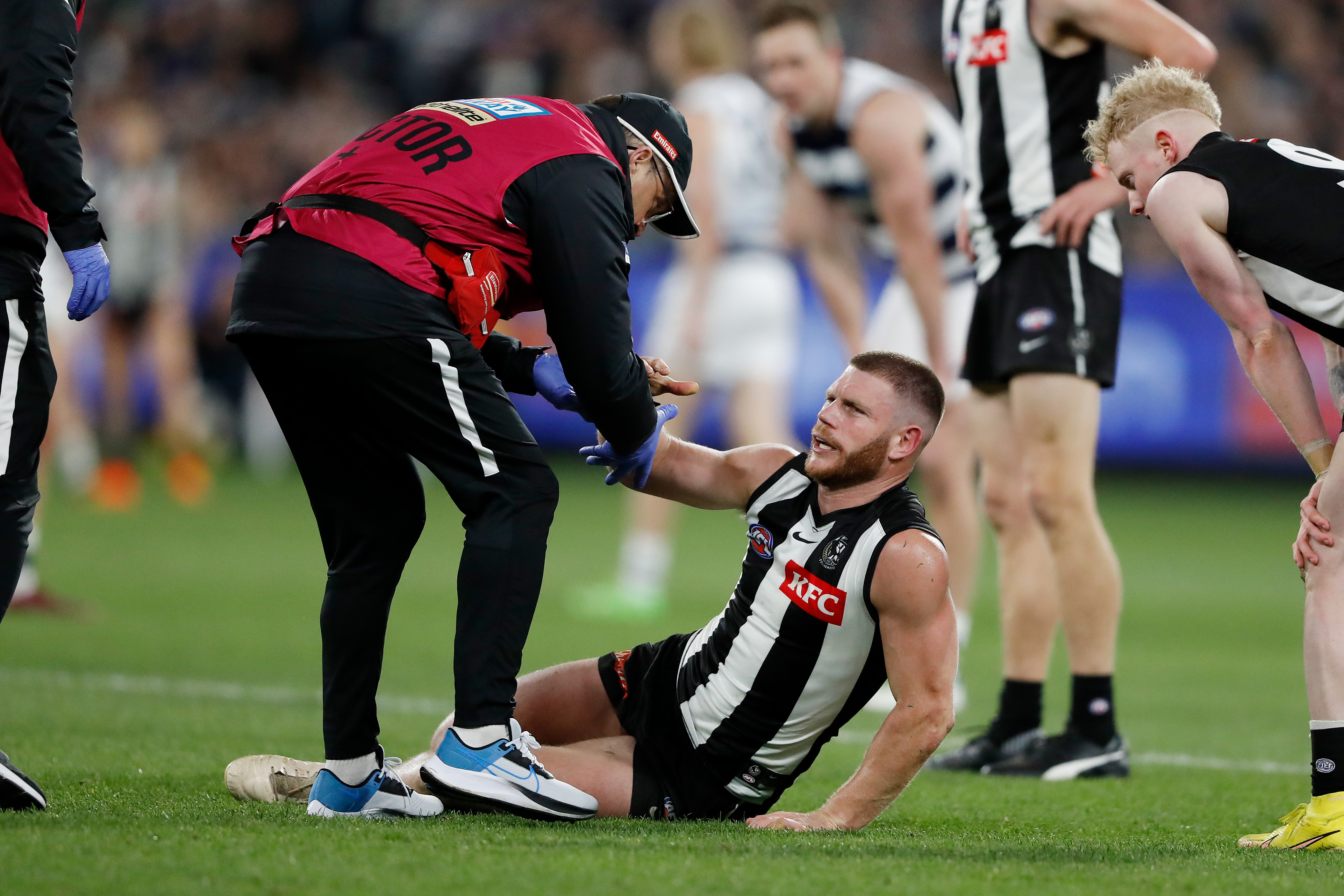 “So once again eight minutes to go – crucial stages – they’re down by one point and you lose a key player. “

The comments come with Melbourne’s Christian Petracca expected to play in Friday’s second semi-final against Brisbane, despite nursing a calf niggle and hairline fracture in his lower leg.

“For Melbourne and Christian Petracca if there’s any doubt this week and he can’t go, I don’t think you risk players just because they have a big name because, in the end, Dustin Martin was a liability for Richmond on Thursday night,” he said.

The injury cloud overshadowing Geelong’s Jeremy Cameron in the lead up to the finals was also debated, but Cornes argued that, “there was no doubt from Geelong”. 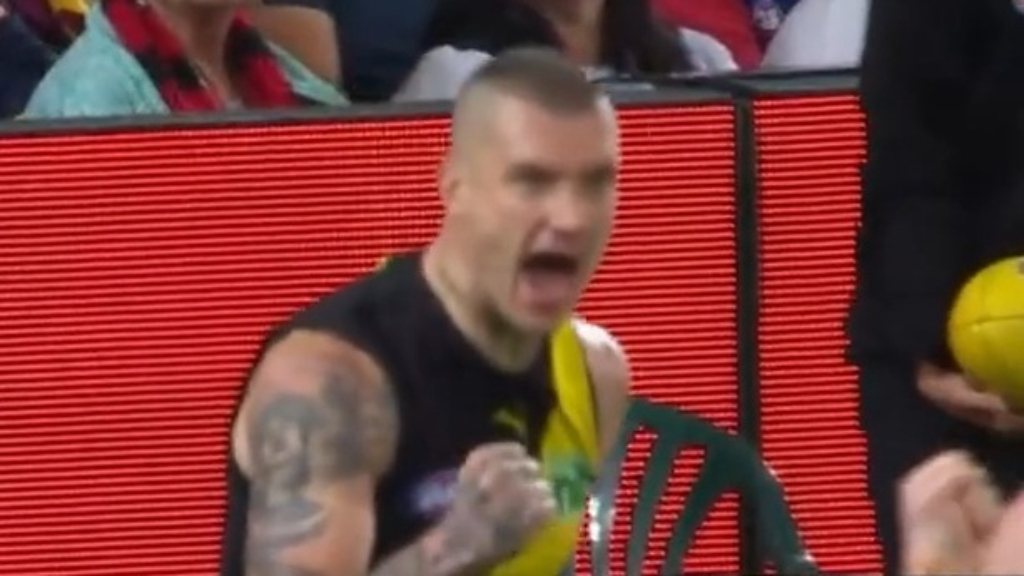 “They were so adamant that he had ticked all the boxes and was ready to go,” he said.

“Whereas for Dustin Martin it was only 80 per cent, for Taylor Adams it was, ‘I’m going into the game sore’.”

The ‘shame’ in champ’s reaction to US Open win