Max Verstappen stood on his car to milk the applause as the 100,000-strong Orange Army engulfed their national hero in a sea of their favorite colour after he won the Dutch Grand Prix.

“It’s nice to see all the crowd and the craziness, I appreciate it a lot,” Verstappen said. “This was a very special weekend for me. It’s been incredible.”

It seems a question now of when, rather than if, the Red Bull driver seals the title and if he can beat Sebastian Vettel’s F1 record of 13 wins in a season from 2013 — also achieved with Red Bull. Verstappen has won 10 races this season so far.

“It’s down to the team, of course, but that’s also how Lewis won the championships. That’s what good drivers do, they make the difference,” Verstappen said. “Even when we win races we want to do better. That’s how you stay on top. Because if you stand still people will overtake you.”

Verstappen made quick work of a safety car restart this time to overtake Hamilton.

His 10th win matched his tally from last year as his challengers — Ferrari’s Charles Leclerc and teammate Sergio Perez in joint second — fell further back in the standings. “Very lovely result guys,” Verstappen said to his team, before telling his legions of supporters he was “proud to be Dutch.”

His win was even more special because of a gearbox problem in Friday’s first practice session.

George Russell finished second for Mercedes ahead of Leclerc, with Hamilton dropping from first to fourth.

“As a team we showed incredible pace today. The team result wasn’t quite what we hoped for but we can take a lot of confidence moving forward,” Russell said. “We are slowly getting closer to that top step.”

Verstappen looked to be coasting to victory when a safety car came out on lap 56 of 72, after the engine cut out on Valtteri Bottas’ Alfa Romeo.

Verstappen changed tyres and was behind leader Hamilton’s Mercedes with 12 laps left. 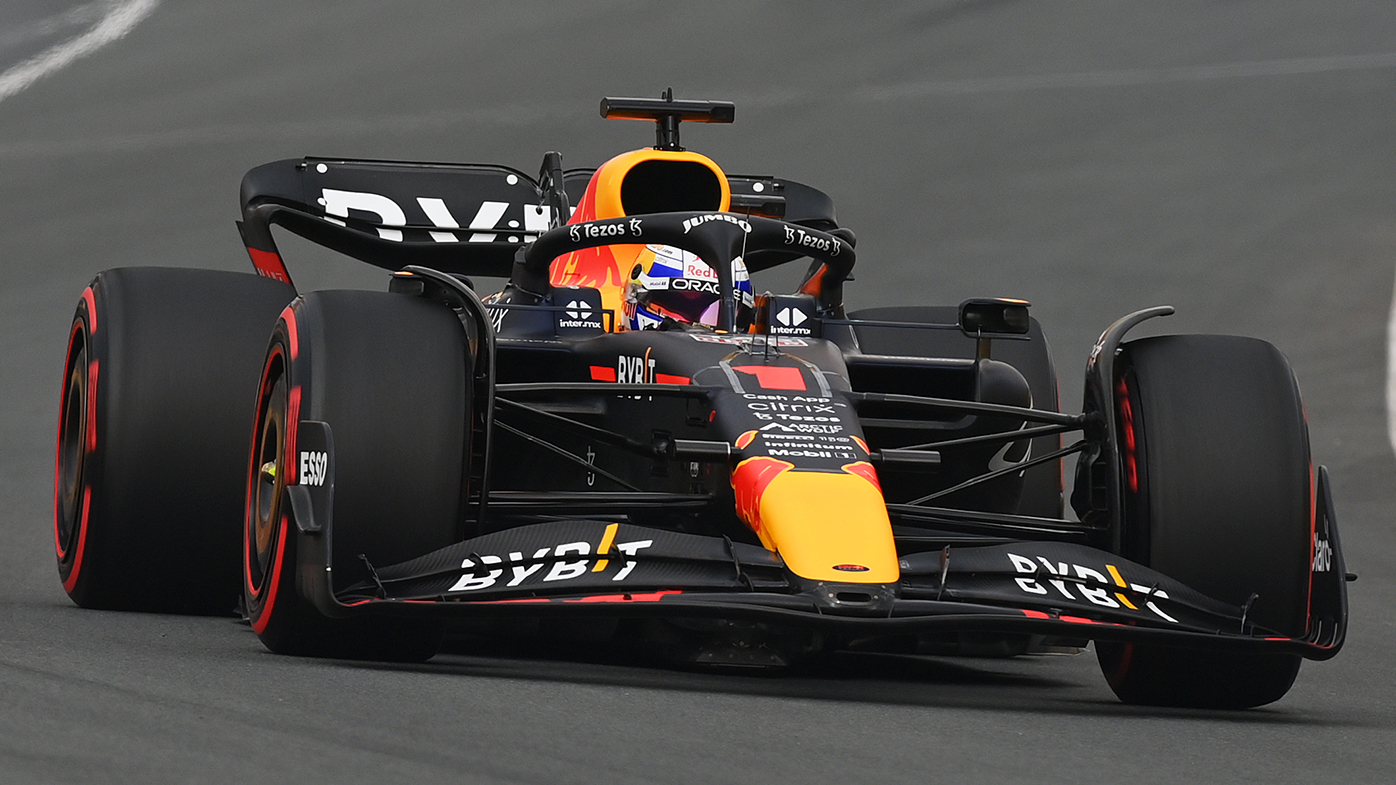 But Hamilton was on a slower medium tyre and Verstappen on the quicker softs left the British driver pretty much a sitting duck, much like when he lost the title to Verstappen at last year’s season-ending Abu Dhabi GP.

Hamilton misjudged his restart and Verstappen overtook him straight away to bring a huge roar from the crowd. The Dutchman also took an extra point for the fastest lap.

“I had a good run in the restart, we had a bit more top speed and that helps to attack into turn 1,” Verstappen said. “From there onwards we had really good balance in the car again.”

An angry Hamilton took it out on his team, using an expletive on radio to tell them he wasn’t happy about not swapping for new tyres under safety car, when Russell had. 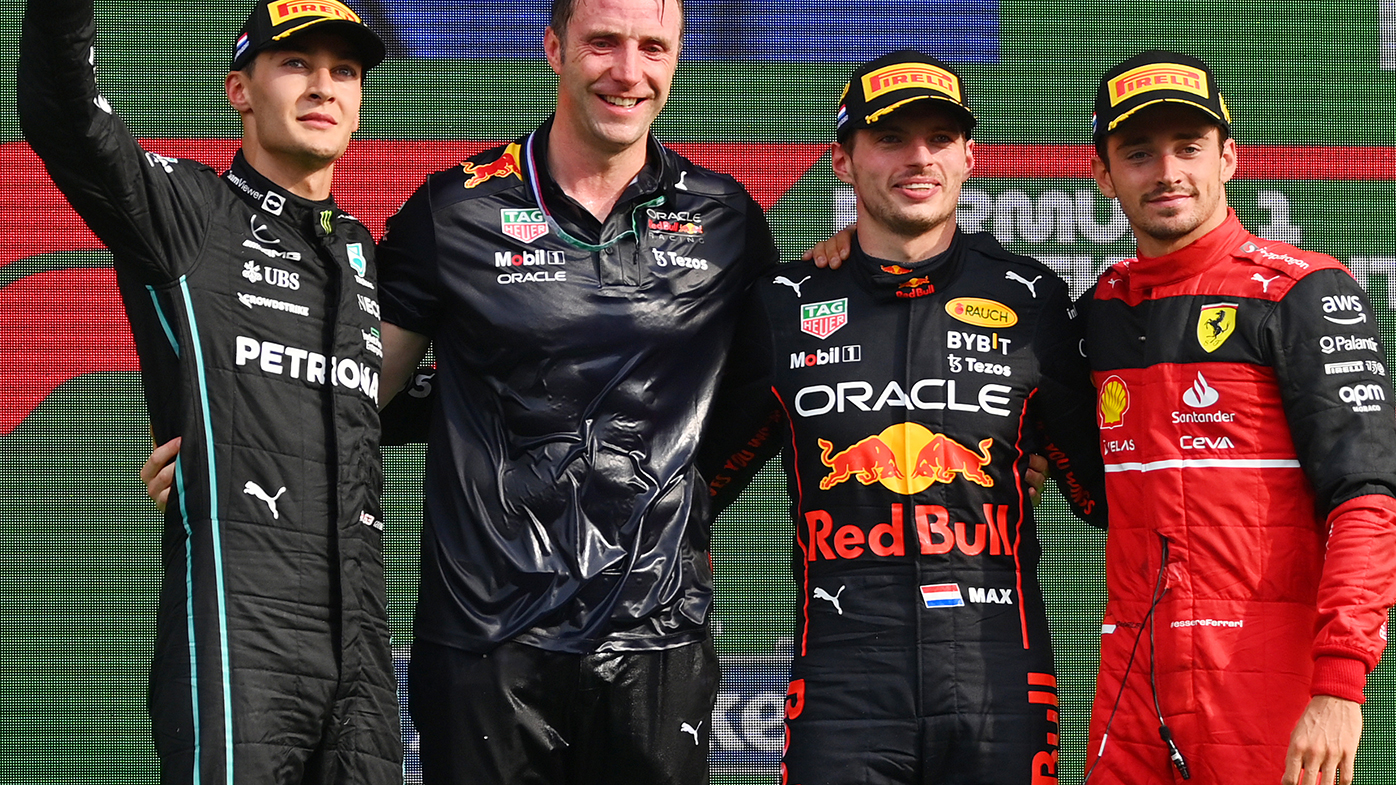 “That was the biggest f— up,” Hamilton said on the radio. “I can’t believe how much you guys f—ed me.”

“I was just on the edge of breaking point with my emotions. My apologies to the team,” Hamilton said. “I just lost it for a second. But I think they know that there is just so much passion.”

Hamilton appeared to brake late when Russell overtook him and they nearly collided.

“Could have been nasty but there’s nothing but respect between us,” Russell said.

After Hamilton unleashed another expletive-laced rant, Leclerc overtook him on an otherwise poor day for a Ferrari team unable to cut out the most basic errors.

Leclerc started from second ahead of Carlos Sainz Jr. in third. Sainz finished eighth and got a five-second penalty for an unsafe release in the pitlane. Sainz said he was trying to avoid a McLaren mechanic in front of him and had to “hit the brakes.”

Earlier in the race, Ferrari botched Sainz’s tyre change on lap 15 — taking 13 seconds — in a season of bizarre incidents.

This time the tyres were not even ready. 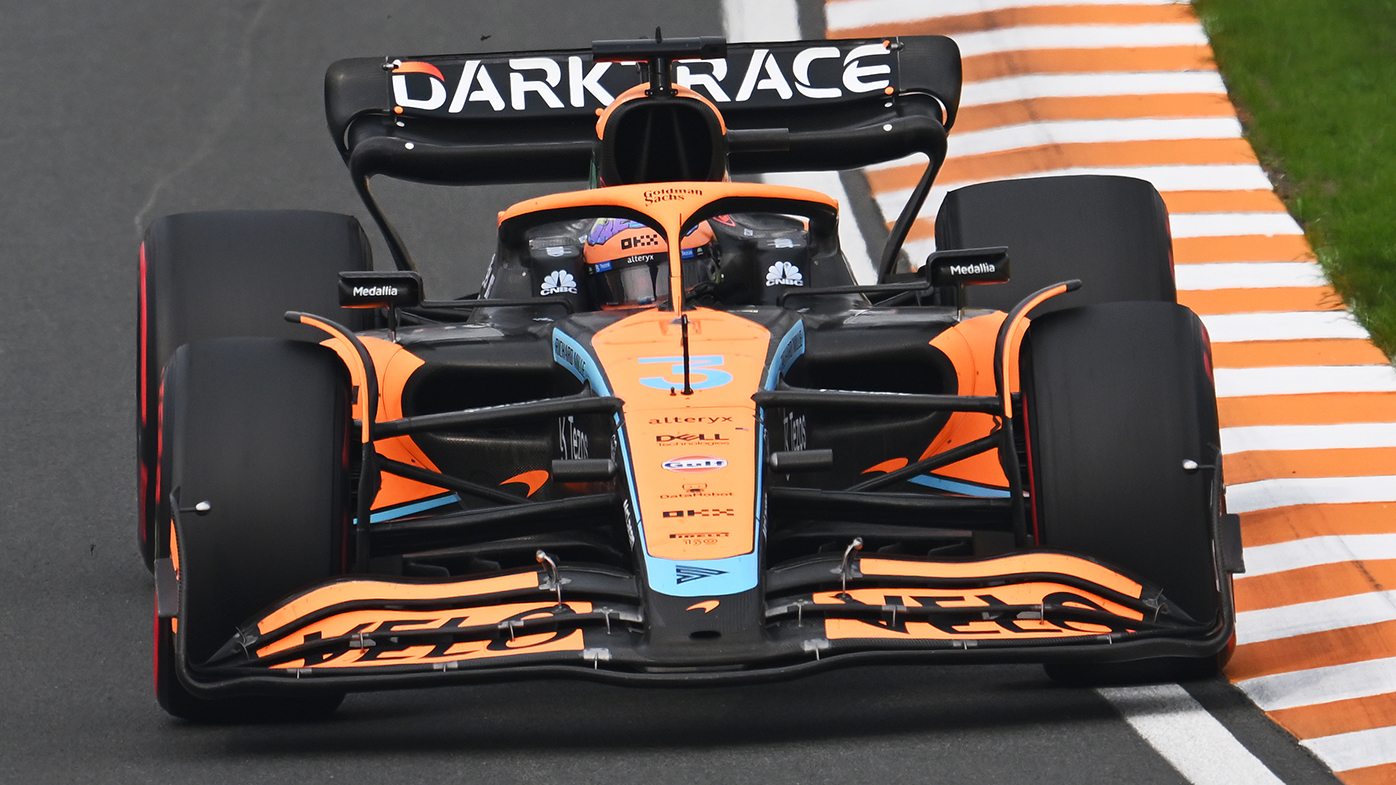 Ferrari even left the tyre-changing gun on the floor and Perez narrowly missed rolling over it.

Verstappen produced a brilliant final lap on Saturday to take pole from Leclerc by .02 seconds — the smallest margin this season — in a qualifying session marred by a flare thrown onto the track.

Fans packed the grandstands on Sunday, many wearing colours of the Dutch flag. Thousands of fans cycled to the track.

Verstappen started well and shut the door on Leclerc while Sainz held off Hamilton on the outside.

Leclerc came in on lap 18 and Ferrari had his tyres ready, at least. Verstappen came in on the next lap as Red Bull matched Ferrari’s strategy, while Mercedes stayed out with Hamilton leading from Russell.

The race became more open when a Virtual Safety Car (VSC) came out after Yuki Tsunoda retired his AlphaTauri on lap 47.

Verstappen and others changed tyres. Leclerc lost position under the VSC and was fourth at the restart.

Then the real safety car came out.

So Verstappen came in for another change, exiting just behind Russell and Hamilton. Russell asked to come in for new tyres and it proved the right call.

Perez finished the race fifth ahead of Fernando Alonso, who drove brilliantly to move his Alpine up from 13th on the grid.

Misfiring Ferrari hopes to give its tifosi fans something to cheer about next weekend at the Italian GP in Monza.

“The gap is now really big,” Leclerc said. “Max was too quick today.”

As he has been most of the season.