But the session was interrupted earlier when a flare was thrown onto the track. Governing body FIA said the culprit was removed from the stands by security.

“It’s just very silly to do. I mean, to hold flares it’s nice but there’s a limit to how much. But to throw it on the track is just stupid,” Verstappen said.

“Just don’t do that, it’s no good for anyone. You get thrown out so you can’t see the race and for us the session is stopped because it’s dangerous when there’s stuff on the track.” 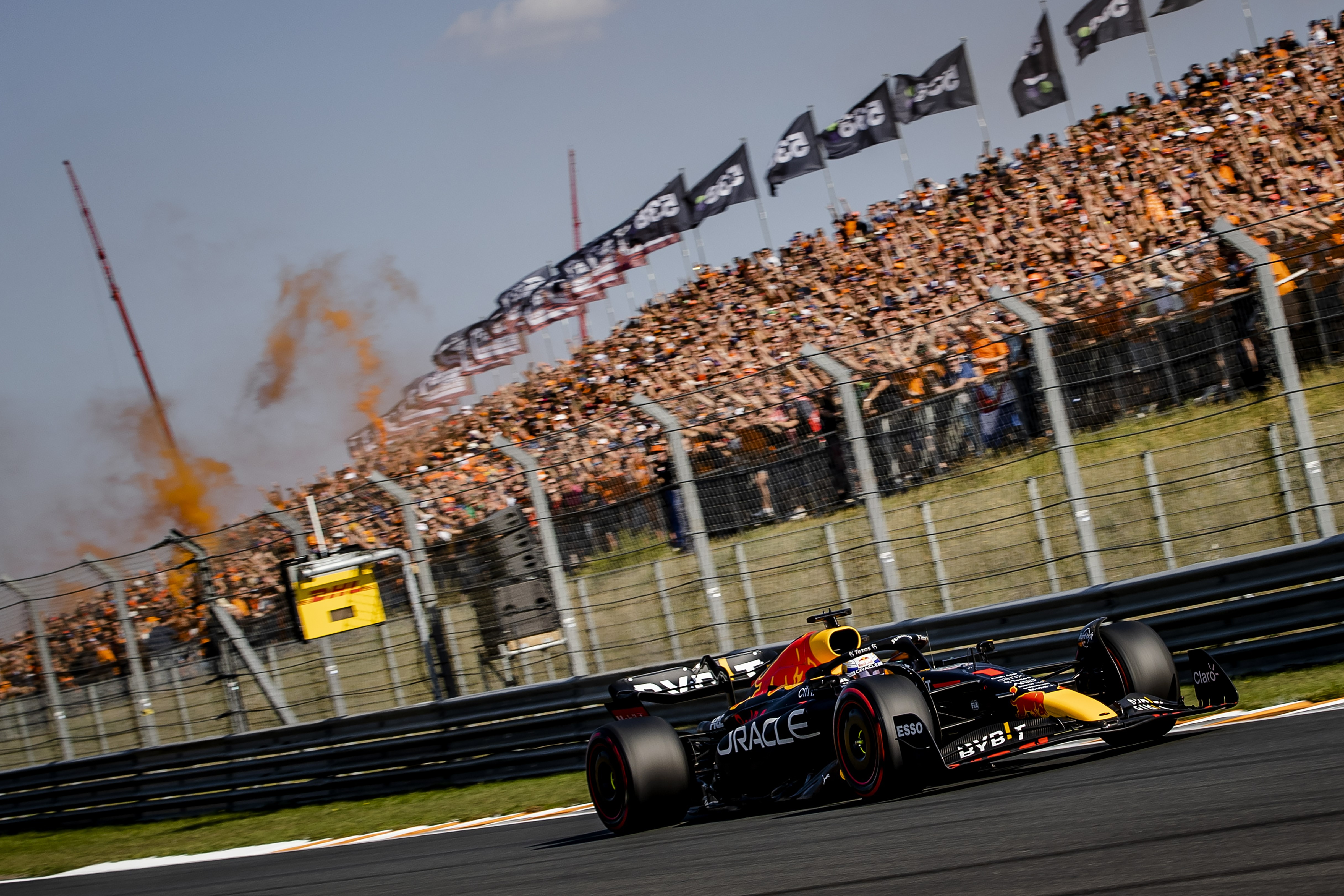 The widespread use of flares from Verstappen’s fans has been a concern at some races, particularly at the Red Bull Ring in Austria in July and at last weekend’s Belgian GP — both packed with Verstappen supporters.

“It’s dangerous, so don’t do these type of things. It’s good that there was a reaction (from) the security guys,” Leclerc said.

“Obviously if a car is passing at that time it can create unnecessary risks so hopefully it won’t happen again.”

Sainz, who qualified in third, said there should be better control over when flares are used.

“It’s also important to let the fans know when it’s possible to use the flares and when it’s not. It was good that on the in-lap when Max took pole they used them, but not use them in the middle of the race or Lap 1 when we’re in the middle of fights,” Sainz said.

“At 300 kph with these cars you don’t want any kind of distraction from smoke. Hopefully the organization can do a good job in warning when it’s the time to use them, and when it’s not.” 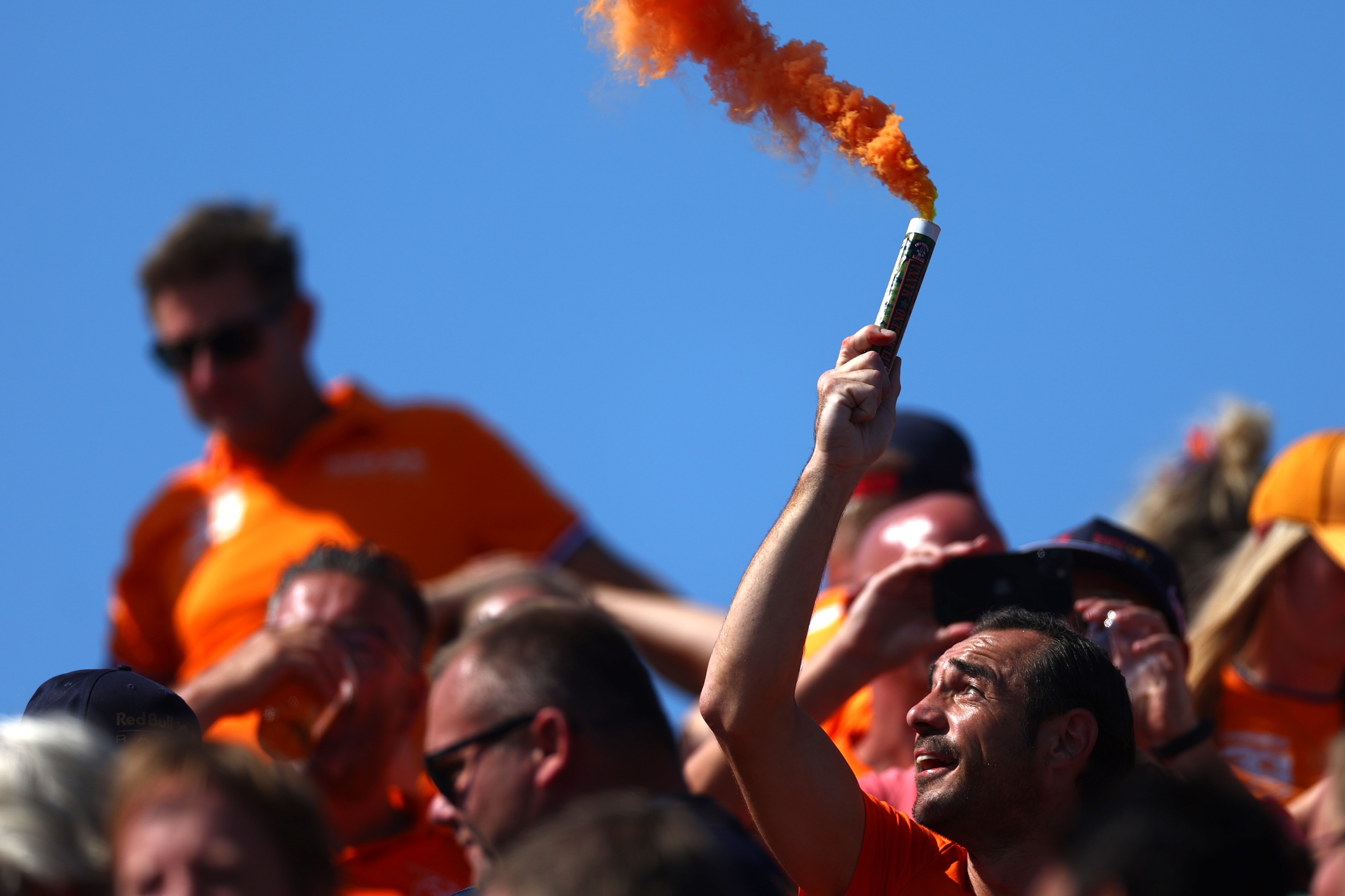 Leclerc had the leading time and went even faster on his final run to pressure Verstappen. But a brilliant middle sector helped the Dutchman clinch his fourth pole of the season.

“It was a special qualifying, especially after yesterday which was tough,” Verstappen said. “We had to change the car.”

Moments after Verstappen crossed the line, Perez spun off the track to bring a yellow flag for the closing seconds.

A jubilant Verstappen was lifted up in the air rather easily by Dutch kickboxer Rico Verhoeven as the orange hordes cheered Verstappen’s second straight pole here.

“Yeah, I am enjoying it,” Verstappen said. “It’s just great to see the atmosphere, everyone’s having fun, enjoying themselves.” 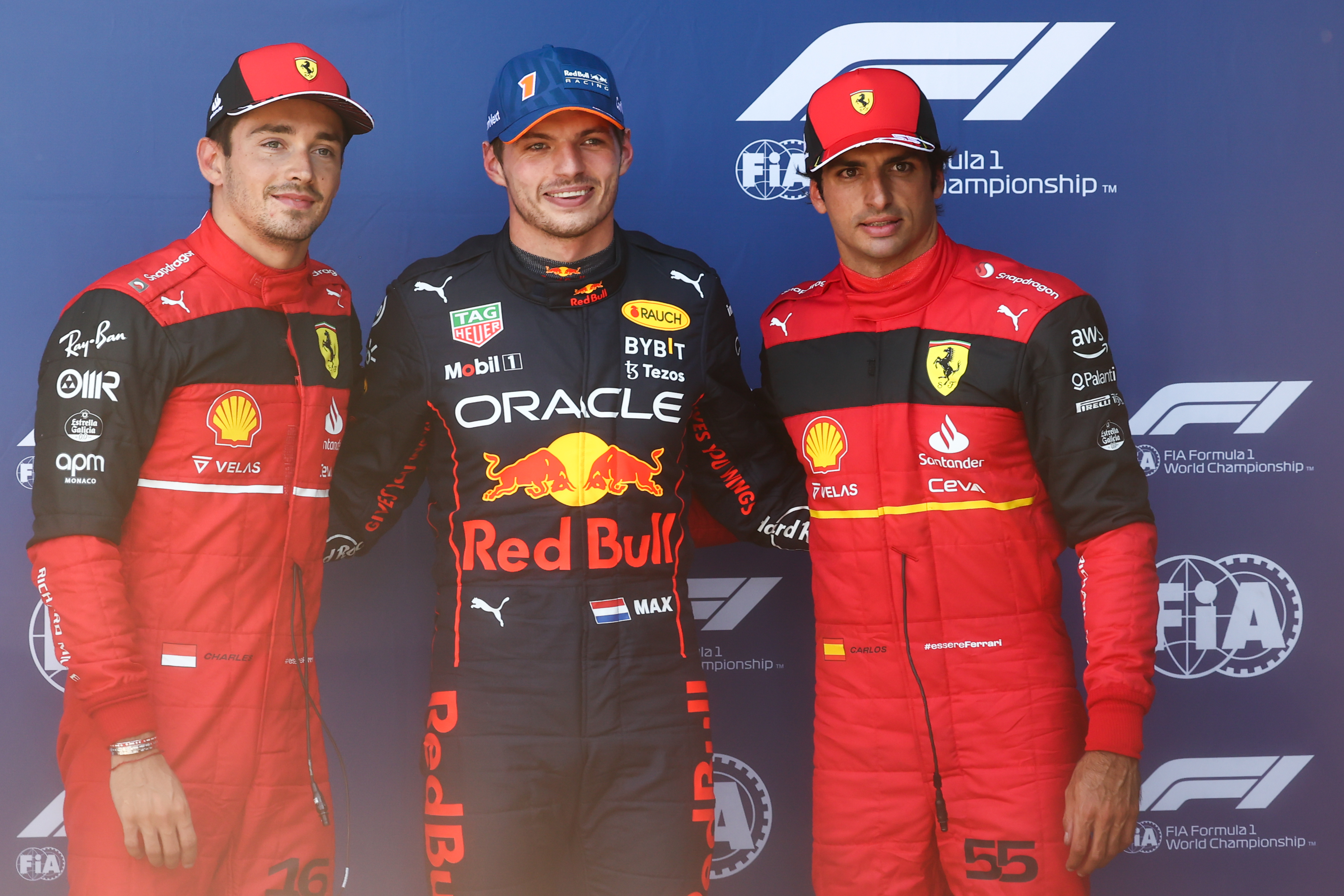 Verstappen was quickest in the first qualifying run, known as Q1, just ahead of Hamilton.

Four-time F1 champion Sebastian Vettel (Aston Martin) and Daniel Ricciardo (McLaren) were among the five drivers eliminated. Vettel looked good for Q2 but went wide into gravel near the end of his final run.

“There was dust on the track, which I collected with the left side,” Vettel said. “There’s not much I could have done differently.”

The red flag came out at the start of Q2 after the flare was thrown and the session was halted for several minutes. But Alex Albon, the only driver on track at that point, also complained about “tons of pigeons” around the circuit located next to the beach.

Sainz topped Q2 from the competitive Mercedes of George Russell, but two-time F1 champion Fernando Alonso fluffed his last run and went out. 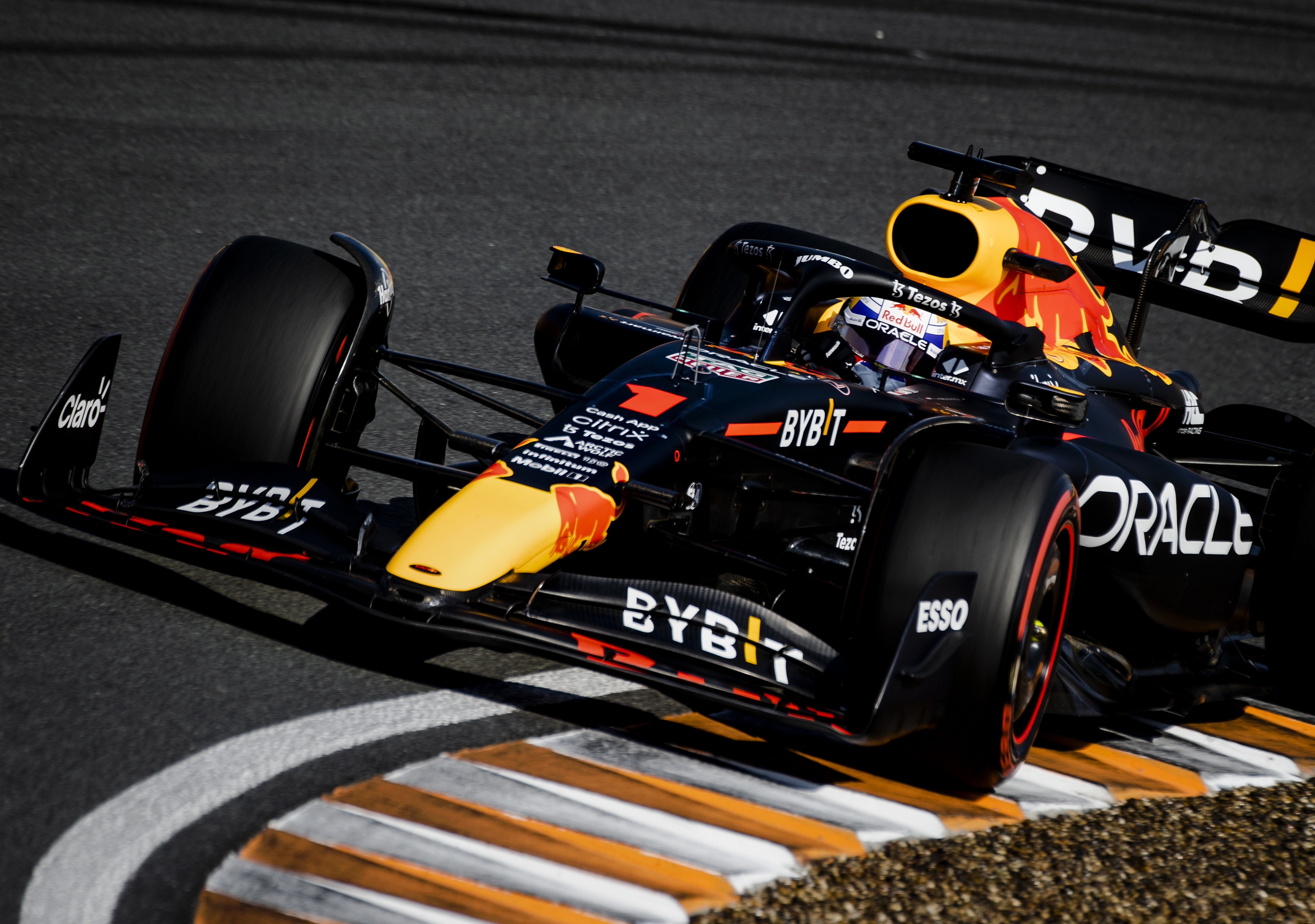 Russell starts from sixth on the grid ahead of Lando Norris (McLaren) and Mick Schumacher (Haas).

Verstappen won here last year, in front of Dutch King Willem-Alexander and his legions of orange-clad fans at the seaside track outside Amsterdam.

Leclerc led Saturday’s third and final practice by just .066 seconds from Russell and .161 ahead of Verstappen.

Leclerc is hopeful Ferrari can get “up close” to Verstappen in Sunday’s race while Sainz thinks Mercedes “are going to be as quick” as Ferrari.

After struggling in Belgium on the long Spa track, Mercedes looked far more comfortable on the high-banking Zandvoort track, where a gearbox failure limited Verstappen to seven laps in Friday’s first practice. He placed eighth in the second run.

Victory on Sunday would be a fourth straight for Verstappen and 10th of the season — his tally from last year — and push him closer to a second straight world title.

He leads Perez by 93 points and Leclerc by 98 with the Italian GP coming up next at Monza and only six races after that.