Wallabies great Drew Mitchell believes the All Blacks will still be experiencing some rare self doubt ahead of the Bledisloe Cup despite a strong return to form on Saturday night.

New Zealand’s 53-3 demolition job of Michael Cheika’s Argentina lifted the All Blacks to the top of the congested Rugby Championship standings after four rounds.

All four teams have a two win, two loss record but the defending champion Kiwis are the only side to have registered two bonus points.

Watch every match of the Rugby Championship on the home of rugby, Stan Sport. Continues on September 15 with the Bledisloe Cup opener in Melbourne. All matches streaming ad-free, live and on demand 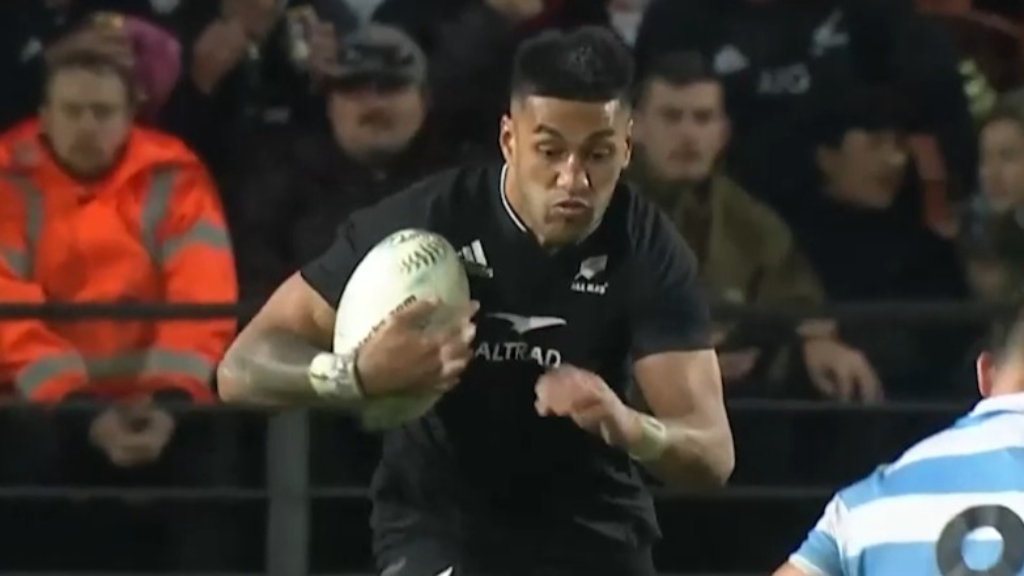 The final two rounds of the tournament double as the Bledisloe Cup series with fixtures in Melbourne on September 15 and Auckland on September 24.

Speaking on Stan Sport, Mitchell quipped he was the “least qualified” to talk about the Bledisloe Cup having never got his hands on the silverware during his career.

But in an often lighthearted series preview he raised some interesting points about the shaky All Blacks state of mind, having won just three of their last nine Tests under much maligned coach Ian Foster. 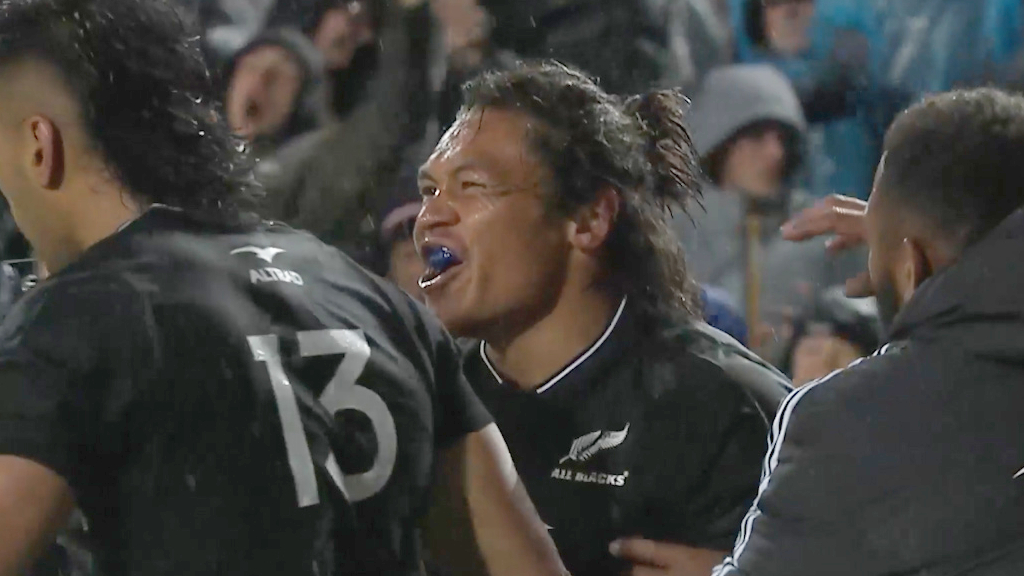 “There are going to be some doubts with these All Blacks,” Mitchell said.

“They are under a helluva lot of pressure, media pressure, the expectations from themselves but also their fans.

“I think if they start really quick and start to play on a little bit of those insecurities and that doubt then maybe the Wallabies can step up and do what they did to the Springboks last week in Adelaide.” 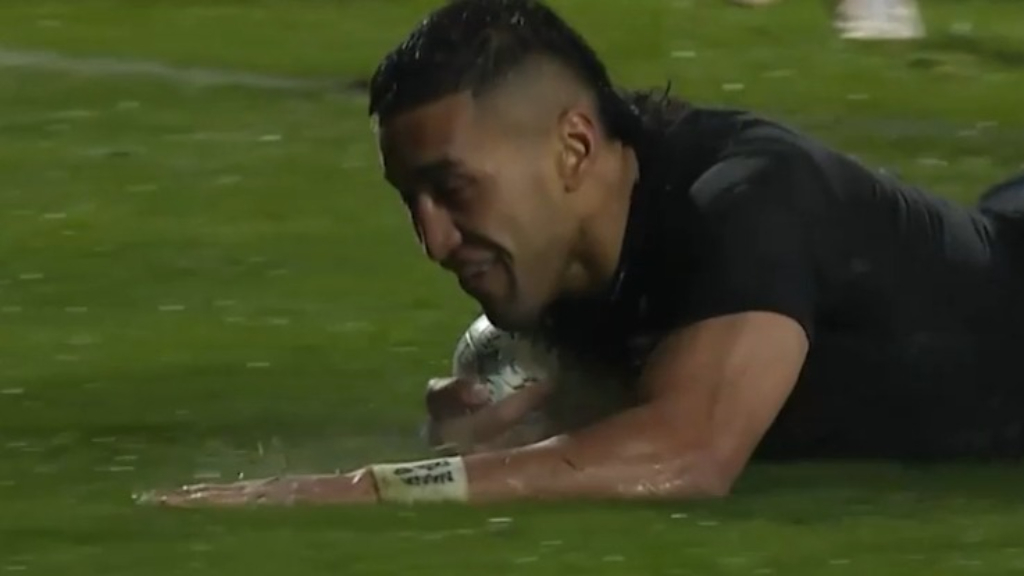 Standing next to Mitchell at the new Allianz Stadium, All Blacks legend Andrew Mehrtens was typically sharp with his response.

“They certainly showed some uncertainty tonight, didn’t they,” Mehrtens said.

“They were uncertain who was going to kick the next conversion.” The All Blacks ran in seven tries in Hamilton with Richie Mo’unga kicking four conversions and Jordie Barrett two.

The Wallabies, meanwhile, slumped to a 24-8 loss to South Africa in Sydney as the ﻿Jekyll and Hyde nature of the competition continued.

Wallabies icon Tim Horan felt ﻿Dave Rennie’s side were a chance of ending the Bledisloe drought provided they shut down one key man. 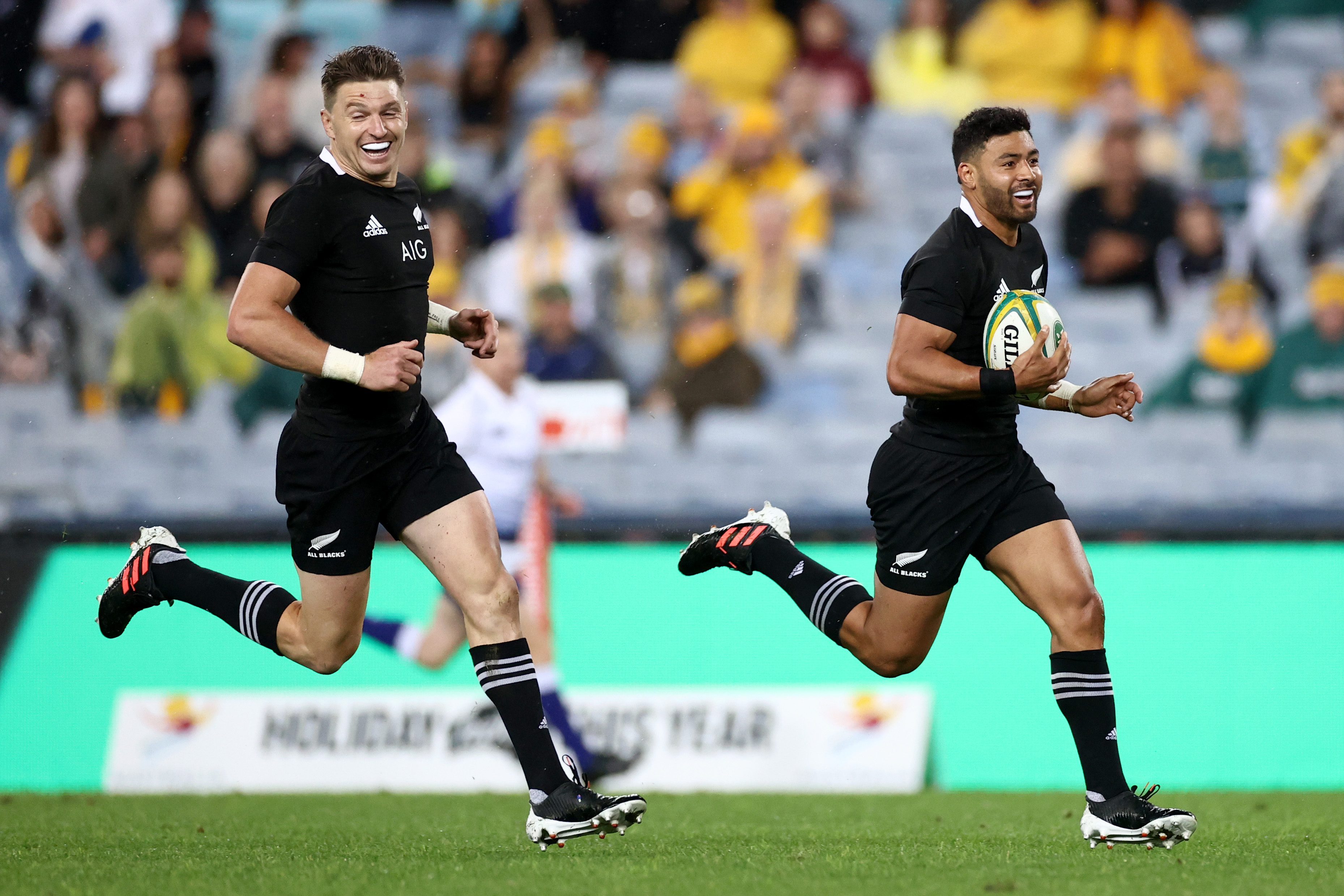 “Richie Mo’unga is a wonderful player, probably one of the best 10s in the world at the moment,” Horan said.

“If they can shut him down, put pressure on Richie Mo’unga… the All Blacks just can’t get front foot ball. He’s a player that if he gets width in the game, you’ve seen in the last couple of Test matches the difference that he made.

“Beauden Barrett, I love him as a player but Richie Mo’unga at 10 – if the Wallabies can put some pressure on the forwards, shut him down, they’ll go a long way to getting one hand, maybe just one hand, on that Bledisloe Cup.” 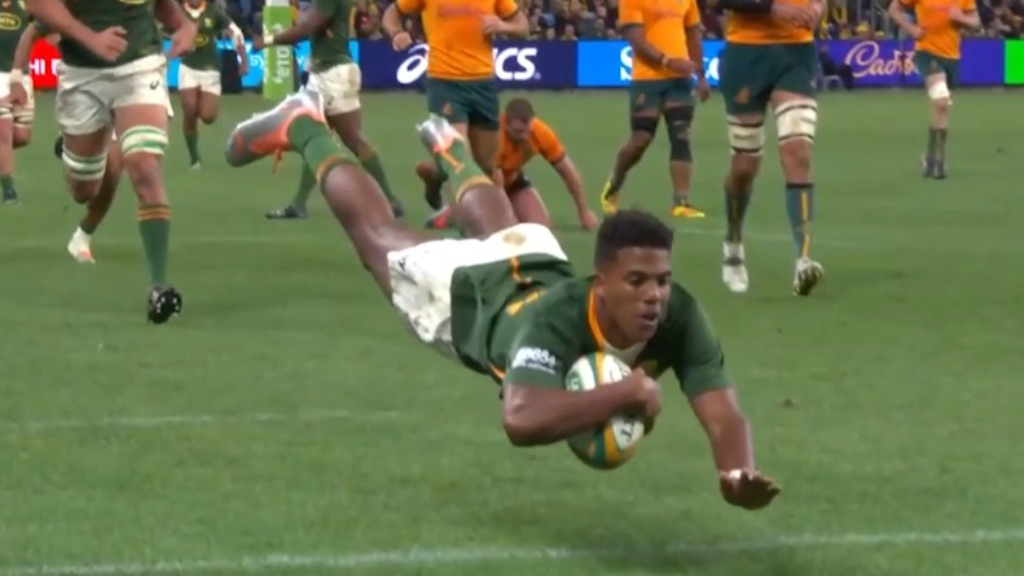 As for the Wallabies progress, Horan was blunt.﻿

“﻿It is stop start and it is disappointing considering the opening of the new stadium. They will have to be better against the All Blacks if they want to get their hands on the Bledisloe Cup,” Horan said.

Rennie said he would name his Bledisloe Cup squad on Wednesday and Bernard Foley and Kurtley Beale were both in the frame. 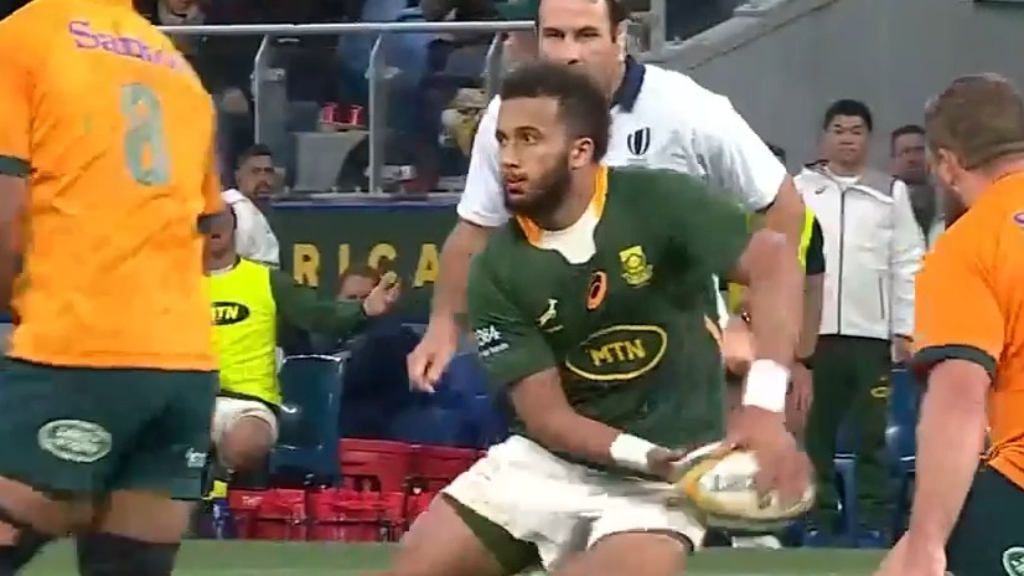 The snake-bitten Wallabies ﻿again had injury dramas with Taniela Tupou not able to take the field from the bench and key backs Noah Lolesio and Hunter Paisami leaving the field and failing HIA tests.

Rennie was hopeful all three would be available for Marvel Stadium.﻿

“From an amount of days point of view, it’s not an issue,” Rennie said of the concussions. 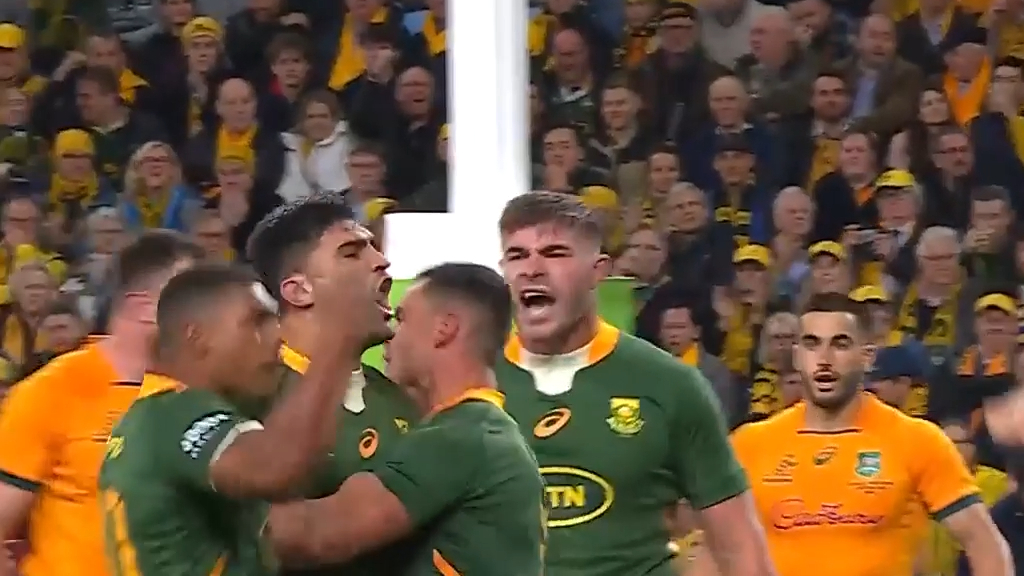 “They will stilll go through the same sort of protocols. Hunter was ruled out immediately as category one, and Noah failed his HIA –  he’s certainly had headaches even after the game. So we’ll assess that.”

Tupou’s injury appeared to be related to his Super Rugby Pacific setback.﻿

“It’s almost down towards his Achilles, but it’s not an Achilles injury,” Rennie explained.

“It’s something to do with his calf. We got an update at halftime that he felt something during the warm up during the first half and so he got tested again, after halftime and it was no good.”

MUST WATCH: MAGA Republican from Ghana Now US Citizen Sends a Powerful Message to Joe Biden