N﻿ick Kyrgios has breezed into the fourth round of the US Open, crushing American JJ Wolf in straight sets.

Kyrgios looked as though he barely got out of second gear as he breezed through in under two hours 6-4, 6-2, 6-3.

He won the match with a stunning backhander to break Wolf for the fifth time in the match. He will face world No.1 Daniil Medvedev in the fourth round – a challenge he will no doubt relish.

In his courtside interview, Kyrgios said he knew he was going to have a tough battle against the crowd.

﻿”It was a very tough match for me, I knew JJ is a home crowd favourite so I knew I had to be on my guns today, serve well, but I’m just really excited to move forward and play Medvedev – if he’s winning,” he said.

Talking about the prospect of facing the world No.1 next, Kyrgios said he was more than ready for the challenge, especially as he grows in confidence in the face of criticism.

“I’ve grown some thick skin in this game, ﻿definitely with a lot of criticism and I’m just really happy to overcome it and be confident. 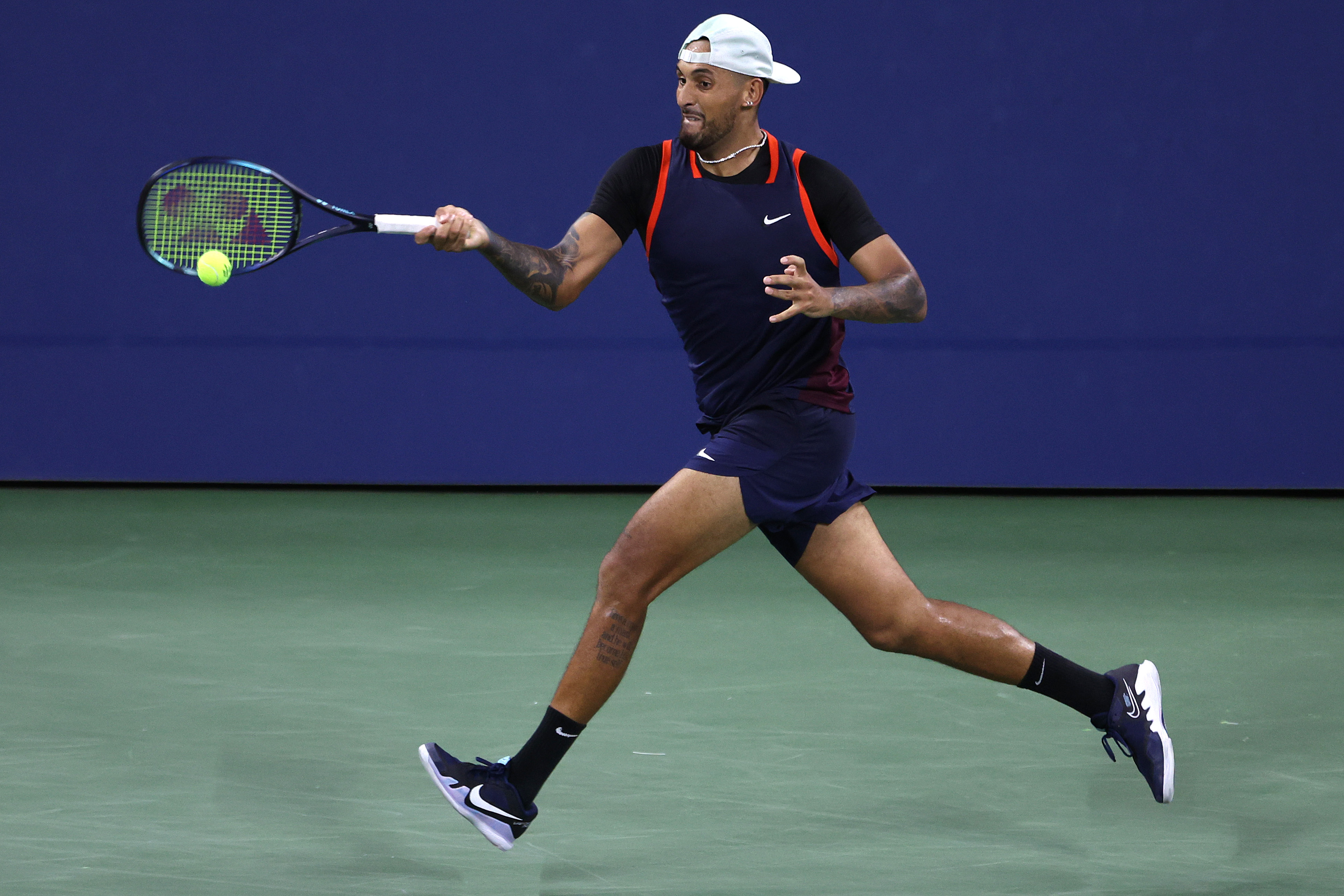 “I’m doing it for my team as well, you know we’ve all away from home now for a while so I’m playing for all the people back home as well.

“This is the furthest I’ve ever gone in the US Open so it’s a special year for me already, let’s hope I can keep it going.”

Kyrgios sent down 21 aces in the match, but also conceded five double-faults.

On paper, the match wasn’t as one-sided as the scorecard suggests. The key difference between the two was in break points. Kyrgios won five of his 11 chances – at one point he was four from four – while Wolf won none from seven chances.

For his standards, Kyrgios remained calm and composed throughout.

After the match, he took a moment to honour Serena Williams, who lost her match against Ajla Tomljanovic at the same time Kyrgios was on court. He admitted both he and his opponent were following her progress on scoreboards on the big screens. 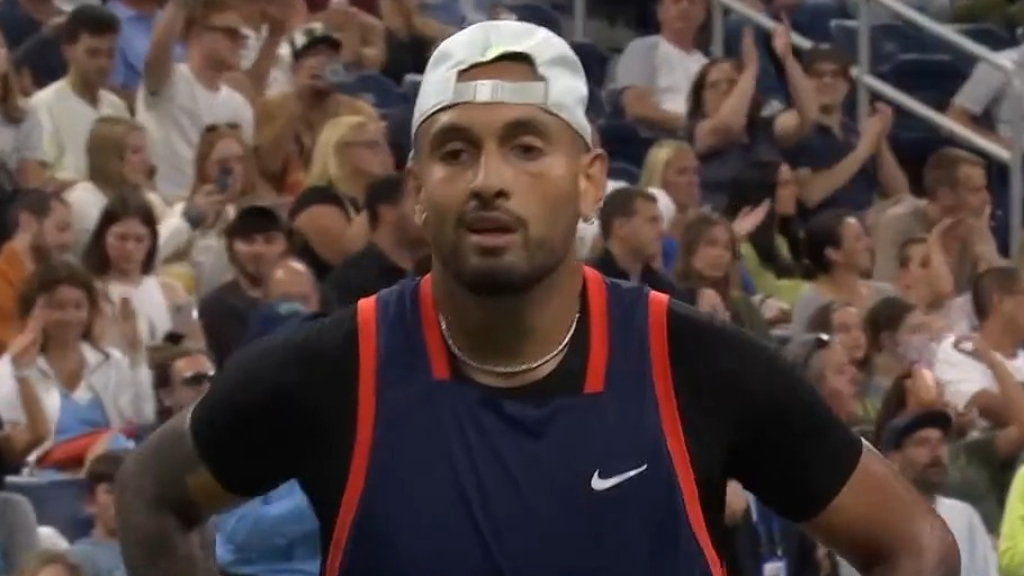 “She’s had a career I think that no one else will emulate,” he said.

“You’ve got a couple on the men’s side who are trying to catch her in grand slams, but (Rafael) Nadal, Serena, (Roger) Federer, Novak (Djokovic) … these are once-in-a-generation athletes.

“I wouldn’t put myself in the same category ever, but it was a special moment for her I’m sure.

“She won two matches and nearly got on top there so that’s a hell of a way to go out.

“I appreciate what she’s done and I’m sure everyone in this building does as well.”