Greats hit out at ‘disturbing’ call that rocked AFL

AFL great Brendan Fevola says Richmond was robbed in a controversial finish to Thursday’s elimination final against Brisbane at the Gabba.

In a match where the lead changed 17 times, the Lions held on to win 106-104, with the finish sure to be scrutinised long and hard.

With the Tigers holding a three point lead in the dying stages, a Tom Lynch shot at goal sailed over the top of the post.

The soft signal from the the on-field officials was that it was a goal, before the the AFL Review Centre (ARC) overturned the call, despite the apparent lack of any clear-cut evidence to do so.

“If the goal umpire calls it a goal, the ARC needs to have significant evidence to prove that it wasn’t,” Fevola told Nine’s Today.

“I think with that angle you can’t tell, so it’s a goal.

“It should have been a goal, and Richmond should be playing next week and Brisbane should be on their Mad Monday.” 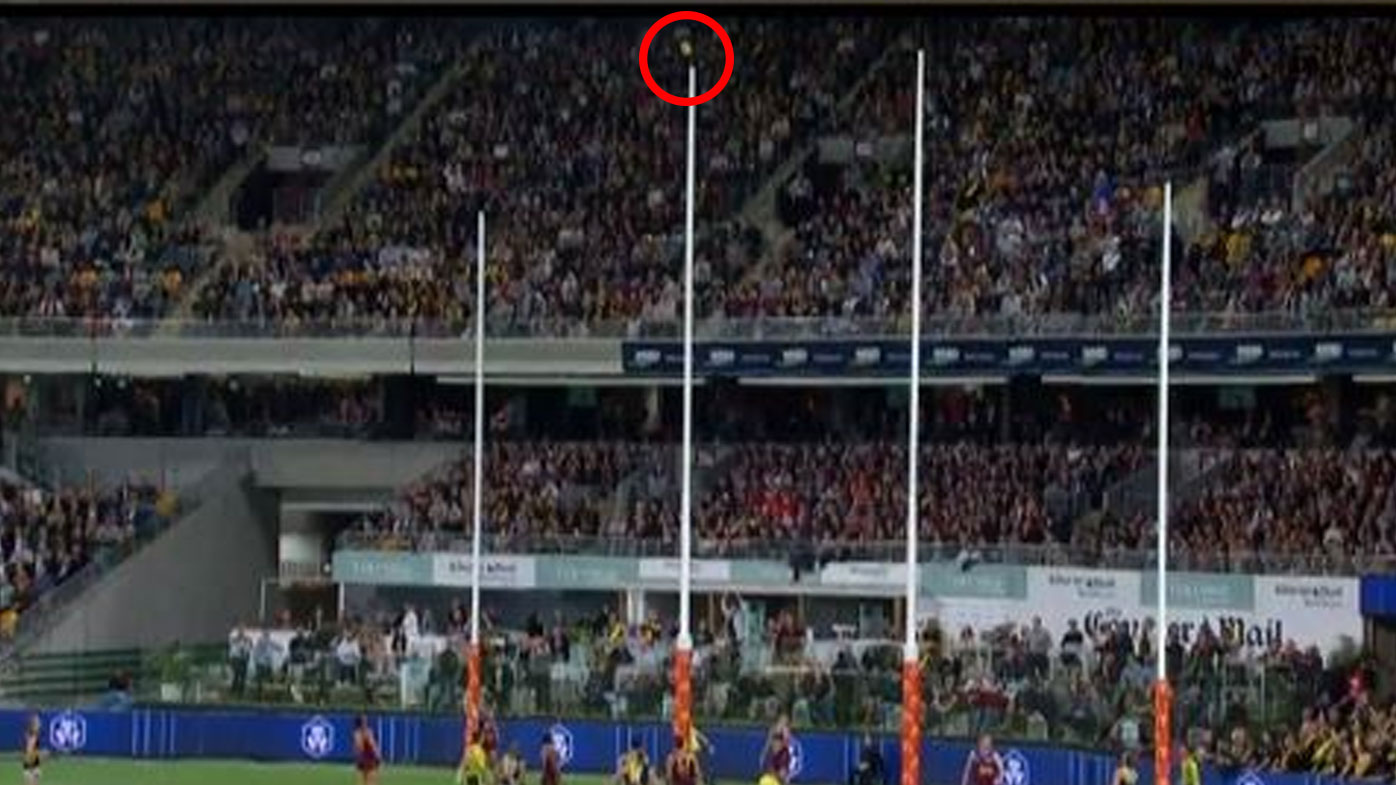 The decision ended Richmond’s season, while Brisbane will play the loser of the Melbourne-Sydney match.

Fevola, a three-time All Australian, said there was no reason to overturn the on-field call.

“I think when it comes to a big crunch game like that it needs to be significant evidence,” he said.

“It does come in handy when it’s a touched ball, but going over a goalpost, give me a spell.

“It was called a goal. The goal umpire’s first instinct was a goal. I don’t understand how he could have overturned it.”

Speaking on Radio 3AW, Leigh Matthews, who coached the Lions to three straight premierships, said it was impossible to know whether the correct call was made.

“It’s a bit disturbing, to be honest. You want it to be definitive,” he told Neil Mitchell.

“The whole idea is to remove clangers. The ones where the ball goes over the top of the posts, I don’t know whether the camera angles are good enough to give you definitive views on that.

“To me, no it wasn’t conclusive, and therefore overturning the goal umpire was just a gigantic decision.”