Nick Kyrgios and Thanasi Kokkinakis have survived a scare to advance to the second round of the US Open doubles draw – with one young fan in the front row taking home a rare souvenir in the process.

After dropping the first set 6-4 they finally took control of the match early in the third set, taking out the French/Italian pairing of Hugo Gaston and Lorenzo Musetti 4-6, 6-3, 6-4.

However, the victory didn’t come without some frustration.

Both Kyrgios and Kokkinakis threw their racquets into the court in frustration early in the third set after failing to capitalise on several break point chances.

As he walked to his chair, Kyrgios had a second go, completely bending the racquet’s frame with a ferocious slam of the equipment – before tossing the now useless implement to a lucky youngster in the front row, who was ecstatic with his new prize.

Despite the anger, that moment seemed to spark the Aussie pair into action, with Kyrgios lifting his level to help the Special Ks secure the break that ultimately secured their ticket into the second round. 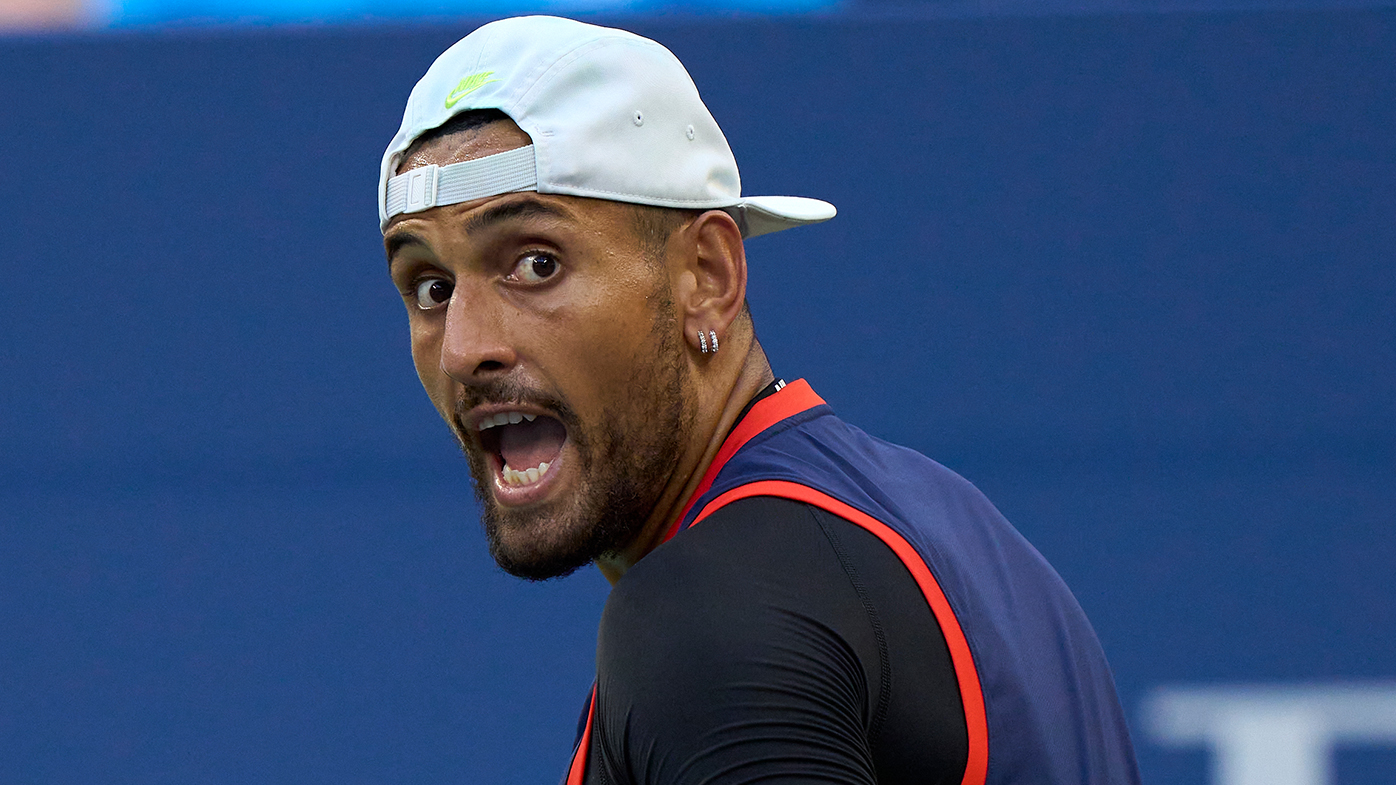 After losing the first set, the Australian Open winners wasted little time asserting their dominance in the second, taking an early break and racing out to a 4-2 lead, before taking it 6-3 and levelling the match.

Kyrgios will continue his singles run when he takes on American J.J Wolf in the third round tomorrow, with a likely showdown against number one seed Daniil Medvedev looming, should he win.

The Special Ks will continue their doubles run the following day, against Sweden’s Andre Goransson and Japan’s Yoshihito Nishioka.