Melbourne Storm coach Craig Bellamy has jumped to the defence of forward Nelson Asofa-Solomona, saying he was being treated like a “punching bag” due to prior on-field incidents.

The 28-year-old prop was put on report for a late hit on Parramatta halfback Mitch Moses, after the latter had cleared the ball.

The Eels were too strong for the Storm, winning their Thursday night battle for a top four spot 22-14.﻿

Asofa-Solomona had made headlines in the week leading up to the blockbuster clash due to several incidents that have attracted fines rather than suspensions this season, leading Bellamy to jump to his defence in the post-match press conference.﻿

“It was probably a touch late, but it certainly wasn’t high,” Bellamy said of Asofa-Solomona’s hit on Moses.

“There was nothing around his head so like I said, it could have been a little bit late but I don’t think there was too much more to it.”

The match review committee agreed with the coach’s assessment, option to not charge Asofa-Solomona with anything, freeing him to play in next week’s sudden death finals match, against either the Raiders or Broncos. 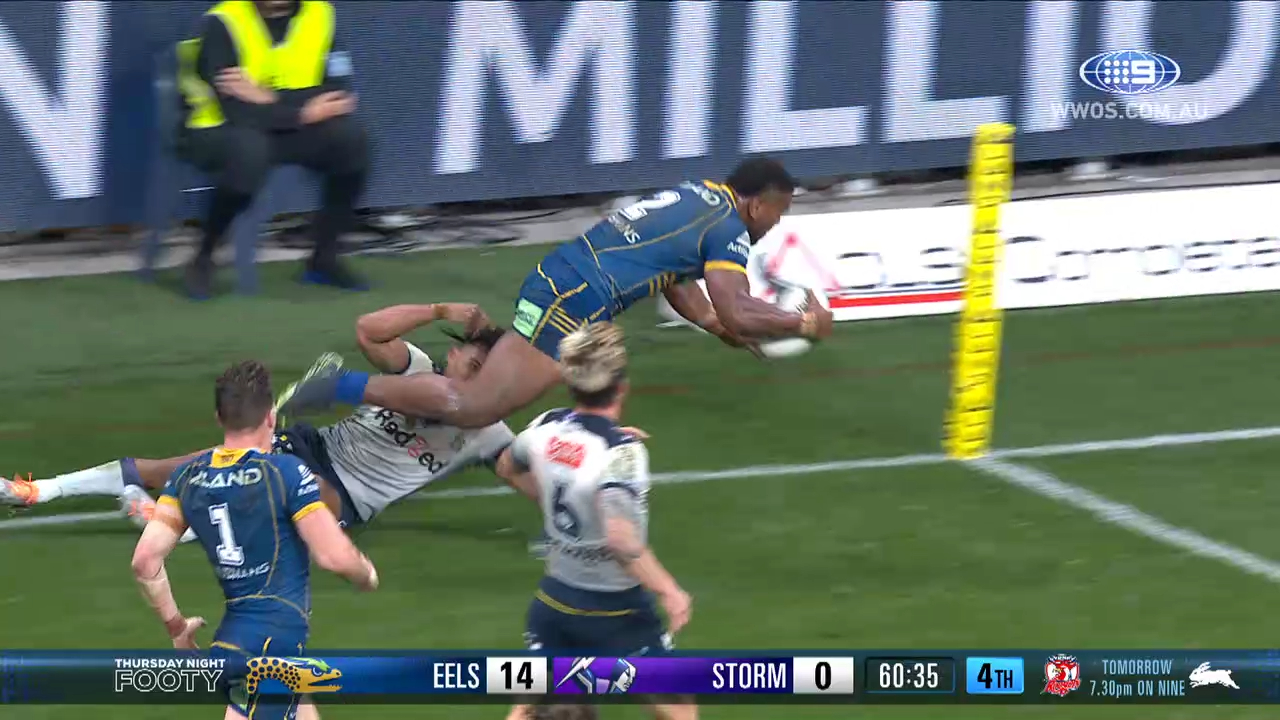 Bellamy admitted that it was likely that an increased scrutiny towards his star prop’s game was a consequence of last week’s spiteful encounter.

“It’s all come because of this week,” he said of that brutal game against the Roosters.

Asofa-Solomona was last week hit with his fifth grade-one charge for the year, for dropping his elbow onto the head of Roosters teenager Joseph Suaalii.

That incident led to comments from NRL head of football Graham Annesley to concede that perhaps the system needed changing – but given this changes only came through at the start of this season, Bellamy was having none of it.

“If they thought that was the case, why didn’t they do it halfway through the season? Why react now because of one story that turned into a story for three or four days, on the one bloke?” Bellamy asked.

“There’s a lot of other instances that are as bad as Nelson’s, but we decided to pick on Nelson this week so he was the punching bag. If they want to change the rules just because of that?

“That’s their decision, it’s not my decision.”