Phil Gould can’t see Souths getting into the mix for the premiership this season unless they can fix a flaw that has lingered all season.

Speaking on Wide World of Sports’ Six Tackles with Gus podcast, Gould previewed the Rabbitohs’ blockbuster Saturday night clash with the Cowboys, outlining the weakness that he expects to get picked off by the genuine title contenders.

“The Cowboys are one of the better attacking teams in the competition, I can’t see why the Cowboys won’t score at least four or five tries in this game. Valentine Holmes is kicking goals for them, so Souths have got to score 30 to win it, at least. And the Cowboys’ defence is better than that.”

Gould’s point is backed up to a degree by the statistics, with the Rabbitohs conceding the third most points to date this season out of the sides currently sitting in the eight. After 22 matches they’ve conceded 438 points at an average of 20 points per game. Of the sides currently in playoff positions, only the Broncos (475) and the Eels (469) have conceded more.

Despite leaking 20 points per game, the Rabbitohs have a healthy +130 differential, thanks largely to the attacking gifts of Latrell Mitchell and Cody Walker.

Mitchell missed a large chunk of the season but returned with a bang in late June, coinciding with a return to form for Walker, who had been uncharacteristically quiet.

Their attacking brilliance has paved a path for the Rabbitohs to win six of their last eight matches, yet Gould is still to be convinced that they have what it takes to succeed in September.

Even playing at home against a side that will be missing Origin five-eighth Tom Dearden, Gould finds it difficult to conceive of a Rabbitohs victory. 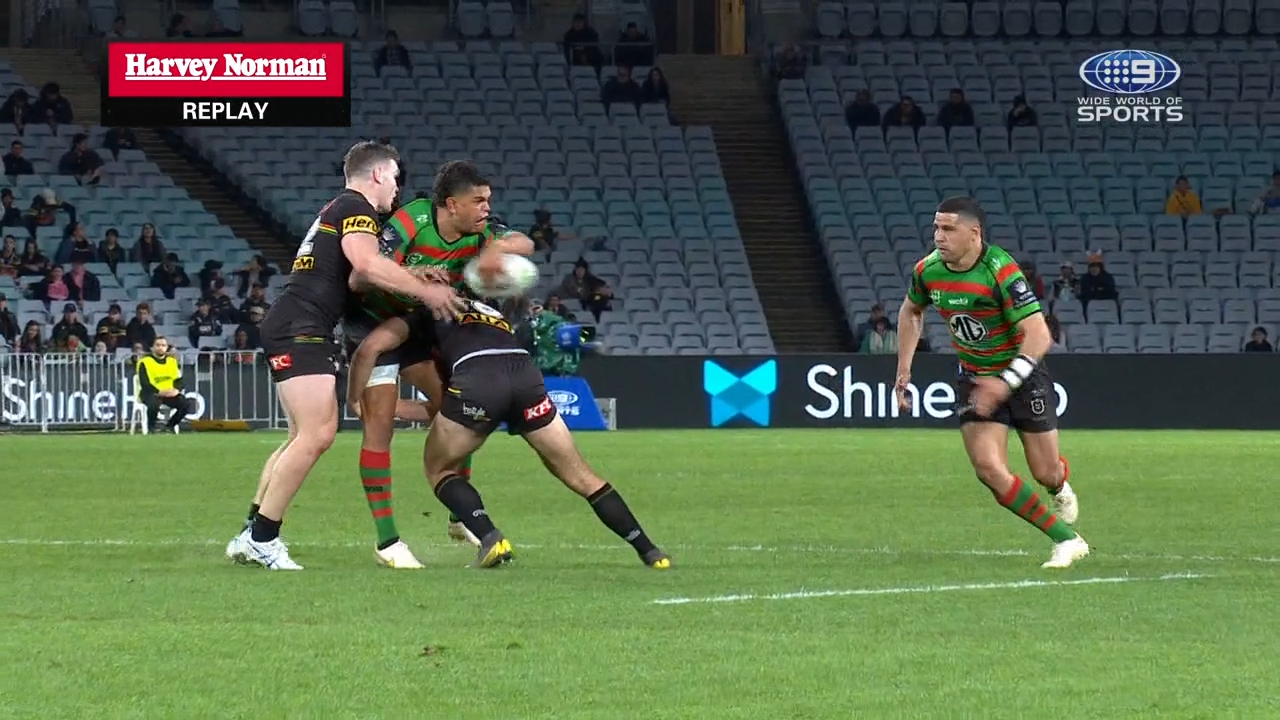 “Now with Dearden being out that’s a problem [for the Cowboys] but [Scott] Drinkwater … if he can hold up his end defensively then attack-wise he’s going to be a weapon there, and Hamiso [Tabui-Fidow] at the back obviously brings into the game his speed and evasiveness,” Gould said.

“Souths are going to have to play extremely well. They conceded 26 points last week, against a Panthers team that were without their two marquee halves and their best front-rower … If you keep coming at [the Rabbitohs] you’ll get some joy.

“They’ve really got to bear down defensively if they want to play a part in this competition, and to be honest I haven’t seen that from them all year.”

Scroll below for the current leaderboard and Round 24 tips by Andrew Johns and all Nine’s expert tipsters! 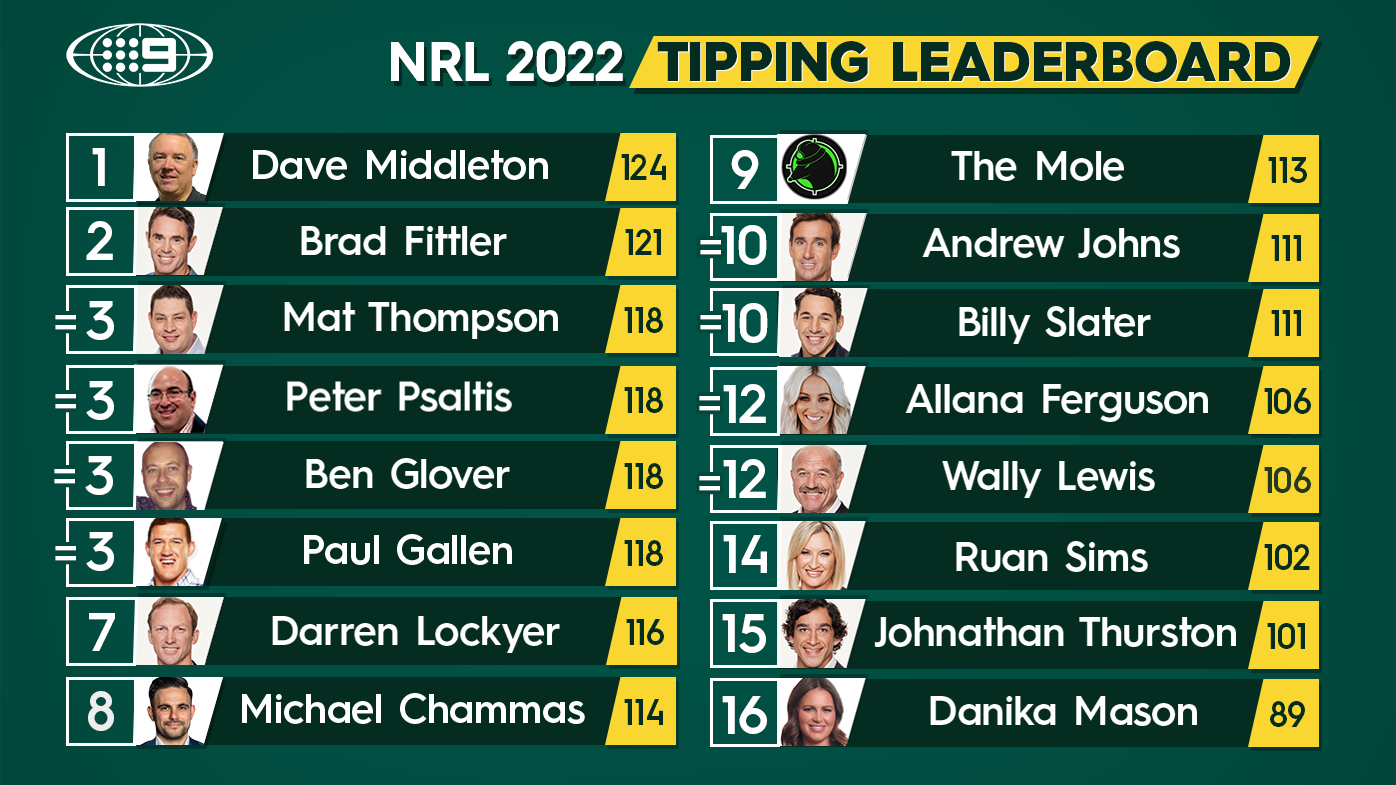