Pictures of the Broncos‘ sheds after their latest defeat painted a grim but accurate reflection of their late-season demise.

As Brisbane players and staff encircled Kevin Walters after the side’s 53-6 thumping at the hands of the Eels on Thursday night, numb looks everywhere, the Broncos coach unleashed.

The Broncos sat in fourth on the ladder at the end of round 19 but, after losing four of their last five games, are clinging to eighth and will slip to ninth if the Raiders beat the Sea Eagles in Canberra on Saturday afternoon. 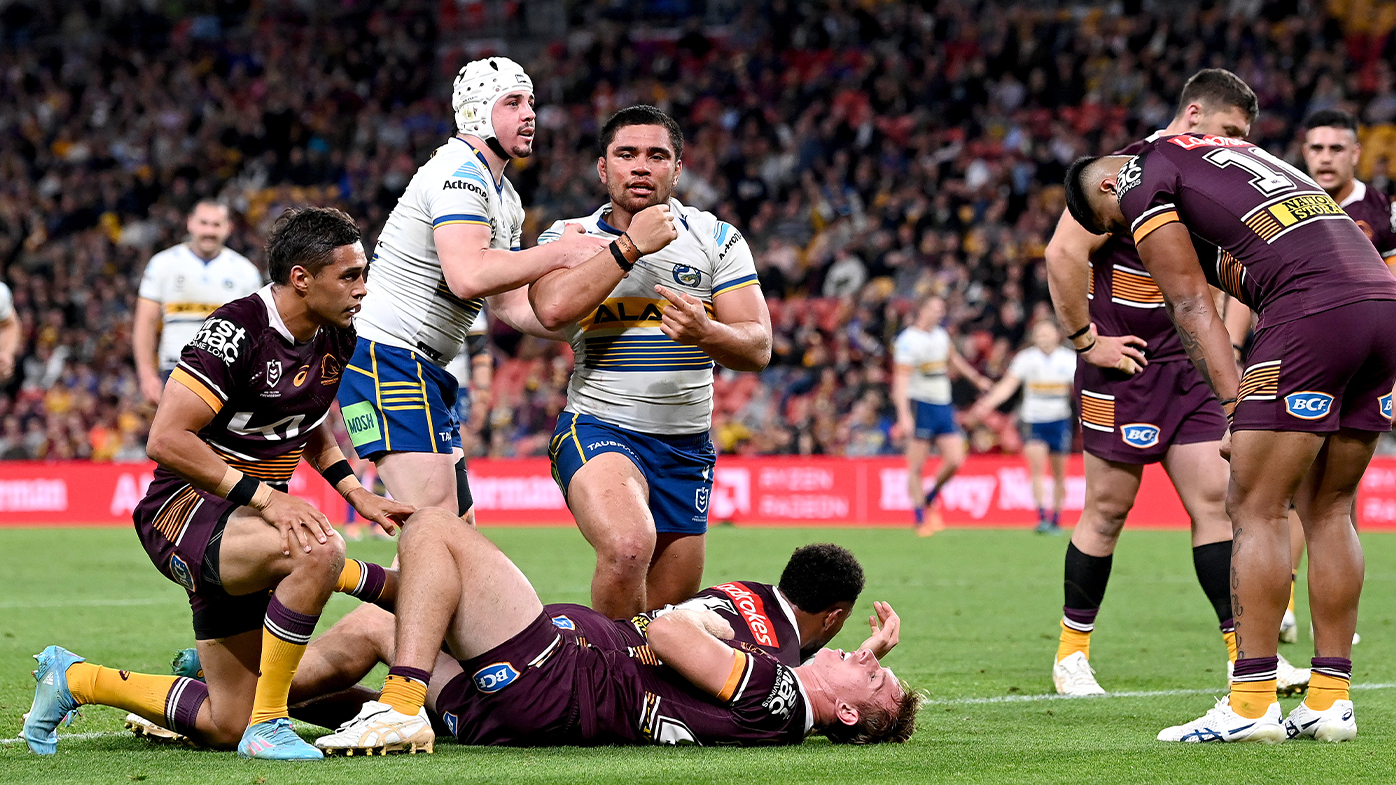 Thursday night’s hammering in Brisbane followed last week’s 60-12 smashing at the hands of the Storm in Melbourne.

The ‘Kevolution’ appeared to be in overdrive for months on end, but Brisbane is now in serious danger of extending its finals exile to three years.

“Parramatta were outstanding but, once again, the opposition were awful,” Paul Vautin said on Nine’s post-match coverage on Thursday night.

“The Broncos are broken.

“I can’t see them possibly beating the Dragons down there next week.

“Kevvie’s going off, showing a bit of emotion. I think he’s telling them, ‘This is not what Broncos players do’.

“I’m not saying there was ‘give up’ in them.

“They’re awful at the moment, the Broncos.”

Brisbane’s cause was hampered by injury carnage in the heavy defeat to Parramatta.

Adam Reynolds failed a head injury assessment in his 250th NRL match, Kobe Hetherington’s night was ended by a HIA, Thomas Flegler was escorted to hospital with a throat concern and Brenko Lee suffered a hamstring injury. 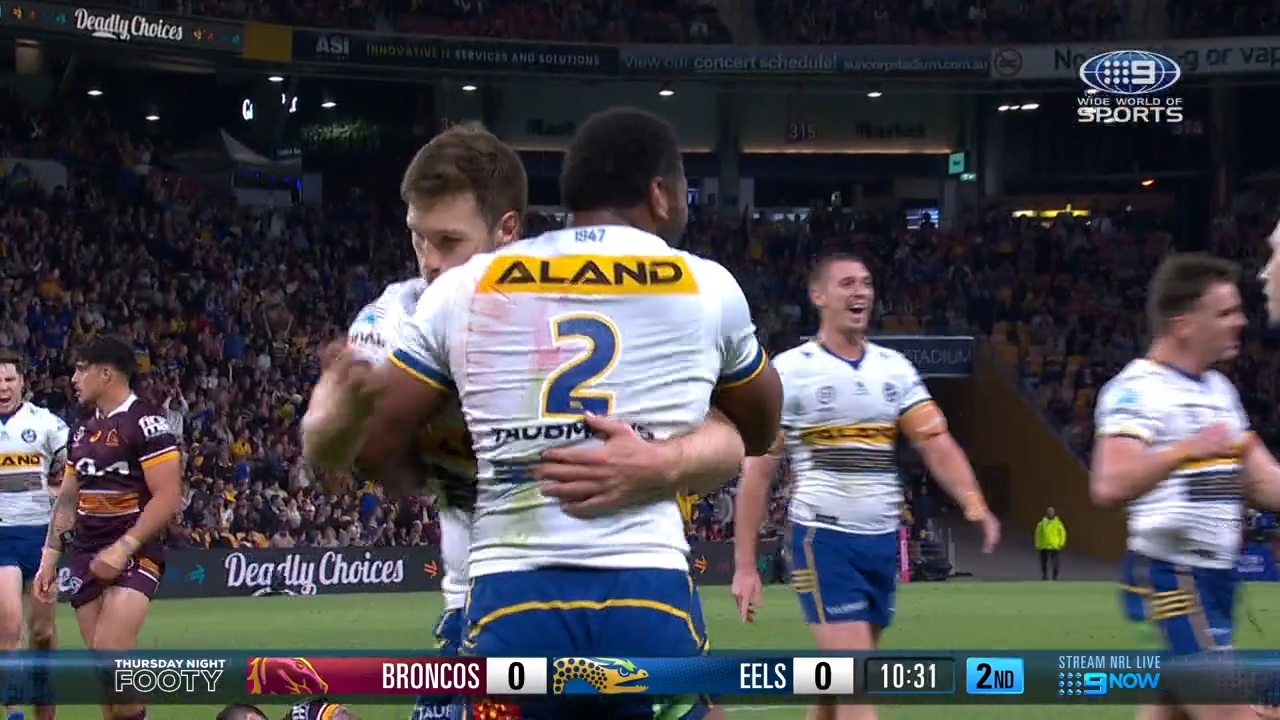 Gun lock and emerging leader Patrick Carrigan will return from a four-game suspension to face the Dragons in Kogarah next Saturday evening, as will boom winger Selwyn Cobbo, who was rested for the Eels clash.

“I think he’d be bitterly disappointed with their performance tonight.”

“We need to fix our defence more than anything, and our attitude. It hasn’t been where it needs to be at this time of year to compete with the good sides.

“We’re all under pressure. It’s the NRL. Every week is the same. 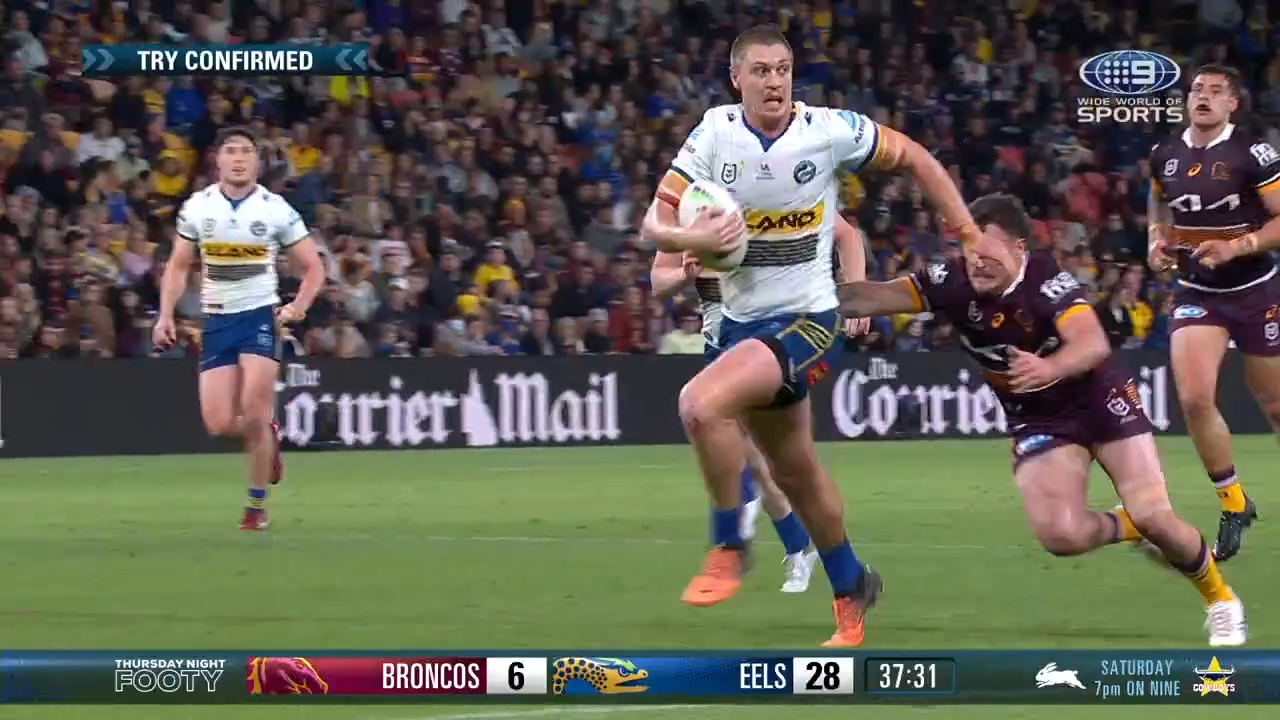 “We want our team to perform well, and we’re not performing well.

“I don’t have too many answers at the moment, to be honest, but we’ve just got to fix our attitude.

“It’s a momentum thing, and it’s hard to get back. We’re missing it at the moment. It’s up to us to turn it around.”

The Broncos’ decision to rest Cobbo and play Jordan Pereira on the right wing bewildered Vautin.

Cobbo has played 17 games in his second season in the NRL, and he also featured in the All-Stars match and the entire State of Origin series, won by Cobbo’s Queensland in a decider.

But Vautin doesn’t think the 20-year-old had had such a gruelling season that he needed a break.

“When I heard that I thought it was a gee-up,” Vautin said.

“I mean, mate, he’s a winger, for god’s sake. They just stand out on the sideline, they fall over the line and score tries and go back and comb their hair. How come he needs a rest from that? 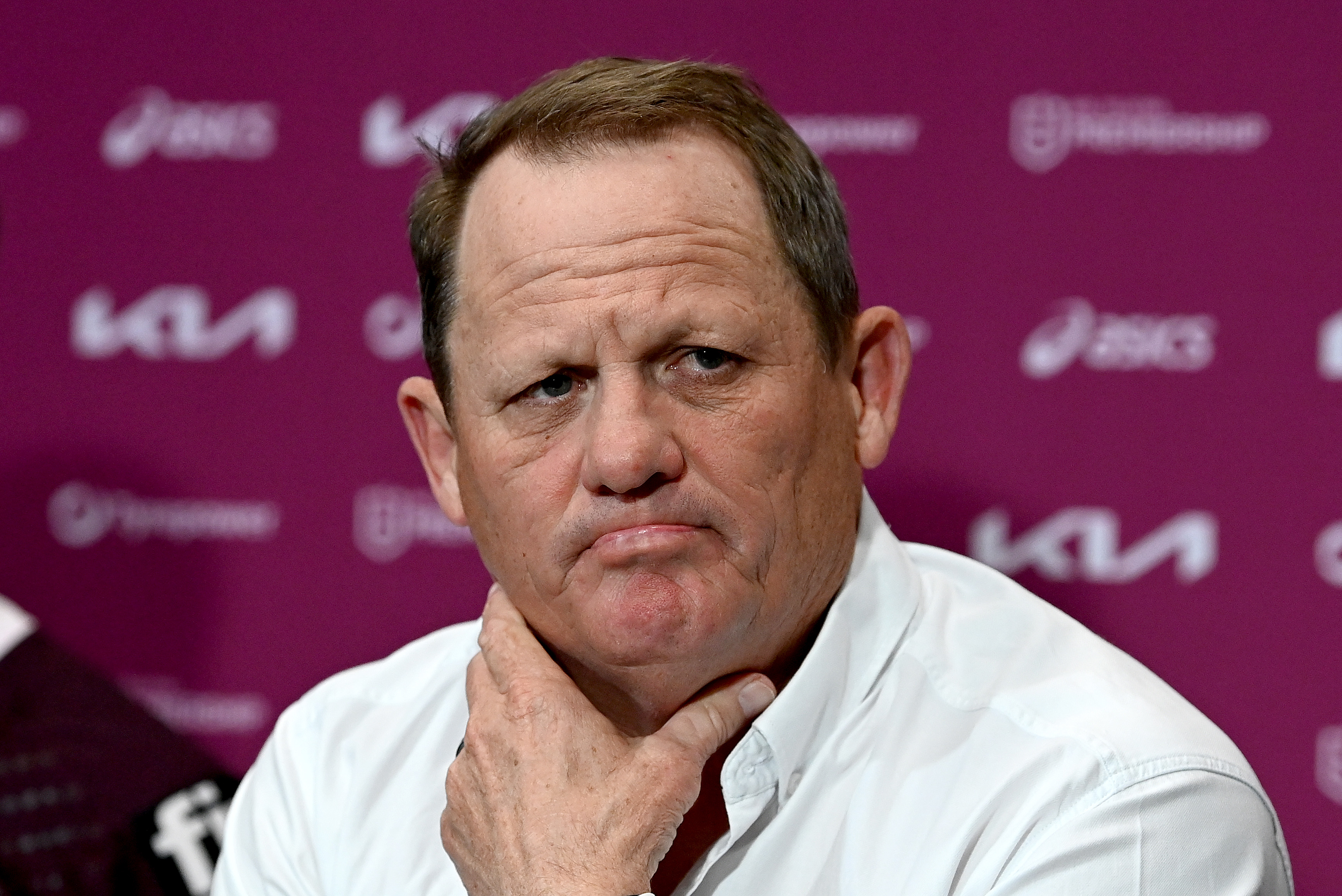 “There must be a reason for it … just to say, ‘Selwyn Cobbo’s had a tough year, we’re going to give him a rest’. My god.”

Smith, one of Queensland’s assistant coaches, wasn’t as scathing in his take.

“Well, he’s a young man, he’s played his first full series of State of Origin. And it’s a grind, isn’t it? It does take a little bit out of you,” Smith said.

“But there are 40 other players that played Origin this year that are dealing with the same thing (and are) backing up, and he’s a young man, so you’d like to think he’d have the energy to be there and ready to go.

“There might be other stuff going on that we don’t know about.”

Ricciardo could walk away from Formula 1