Ross Lyon has refused to shut the door on applying for Essendon‘s vacant coaching position, but says he is “wary” and “cautious” about returning to the caper.

Lyon has not coached since being sacked by Fremantle at the end of 2019, but was briefly linked with Carlton’s job last year, before pulling his name out of the running, with the Blues hiring Michael Voss.

Essendon president David Barham has indicated that the club would like an experienced coach to replace the recently-sacked Ben Rutten, and Lyon’s name has been naturally linked to the role as a result.

Lyon admitted last year’s brief link with the Carlton role had left him feeling a little apprehensive about returning to the AFL’s coaching ranks. 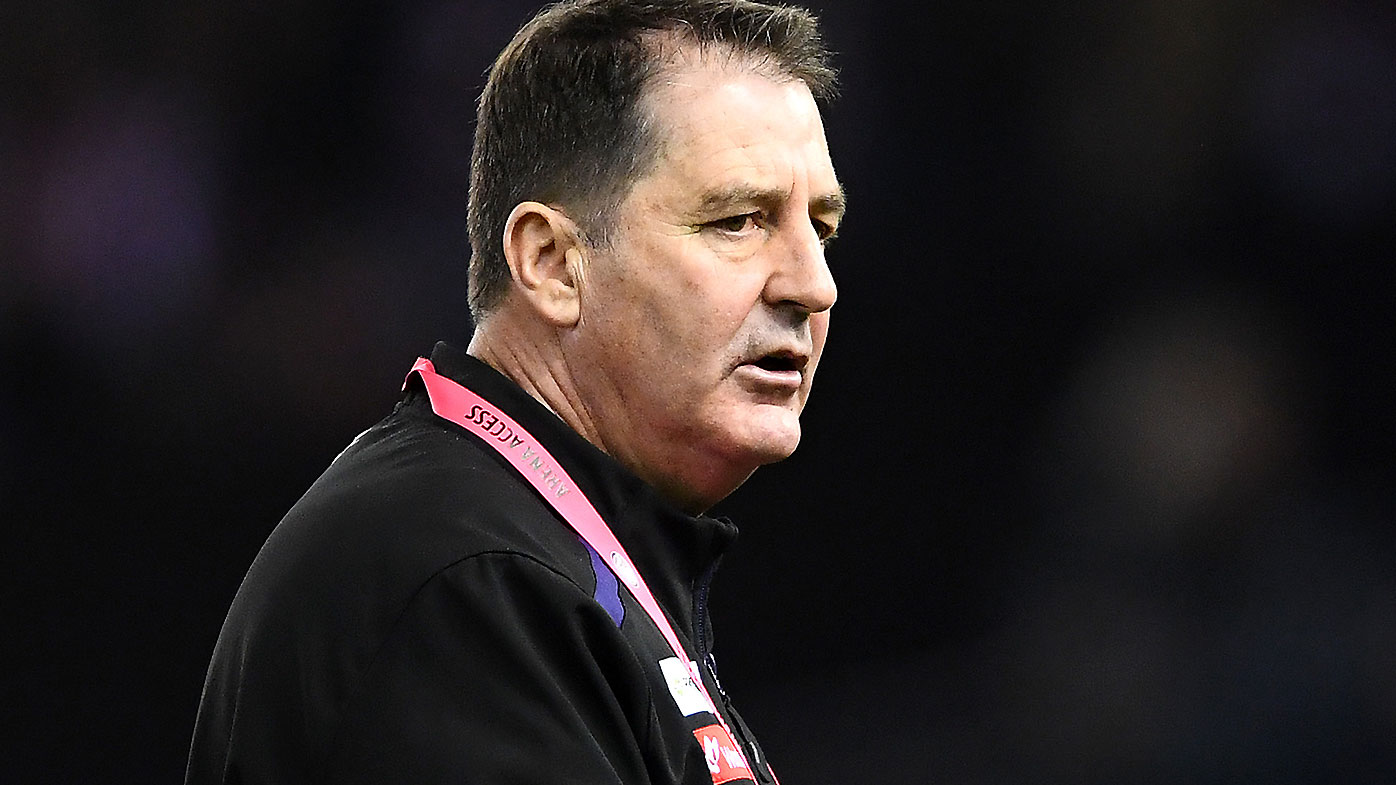 “I’m very wary and I’m very cautious of anything to do with AFL senior coaching. How anyone could mitigate that for me, I don’t even know, so I think it’s highly unlikely,” he told Nine’s Footy Classified.

“I certainly didn’t enjoy the way I allowed myself to be bought into last year. I probably said too much … I was too honest, and people don’t deal with that.”

However, the 55-year-old, who has coached two separate teams to grand final appearances, refused to fully close the door on Essendon, saying he respected Barham.

Lyon also endorsed the clean-out since Barham rose to power, which has seen CEO Xavier Campbell, ex-president Paul Brasher, and board members Simon Madden and Sean Wellman all leave the club this week.

“There’s nuances out there,” he said.

“I’m enjoying what I’m doing, I’ve worked hard to establish (myself) off-field outside of AFL football and not be a slave to AFL football.

“In saying that, Essendon are this incredible club historically and I actually don’t mind the purge. I hear the right noises coming from David Barham. Regardless of me, we all want to see them get going.

“He (Barham) gave me great media advice at the end of ’08 that I carried through, so I certainly respect him, but I’m very cautious and wary.

“I think he has got to get all of his ducks in a row himself, and we’re going to get to that (with) what he’s doing. He’s very well-respected.”

Barham is expected to announce the committee that will decide on the club’s next coach as well as the panel which will conduct the external review on Essendon this week.