The North Queensland Cowboys need to “minimise the disruption” of Tom Dearden‘s painful injury by making as few changes to the side as possible, Darren Lockyer believes.

Dearden has been sidelined for the Cowboys’ final two matches of the season after surgery to fix a ruptured testicle suffered in the side’s win over the Warriors last Friday night.

“I reckon there’s too much disruption to change Drinkwater from his role now,” Lockyer said.

“I’m not an NRL coach but I’d be trying to minimize the disruption and put someone like Ben Hampton in at six.”

Drinkwater was named at No.6 to take on the Rabbitohs at Accor Stadium this week, with Hamiso Tabuai-Fidow at fullback. 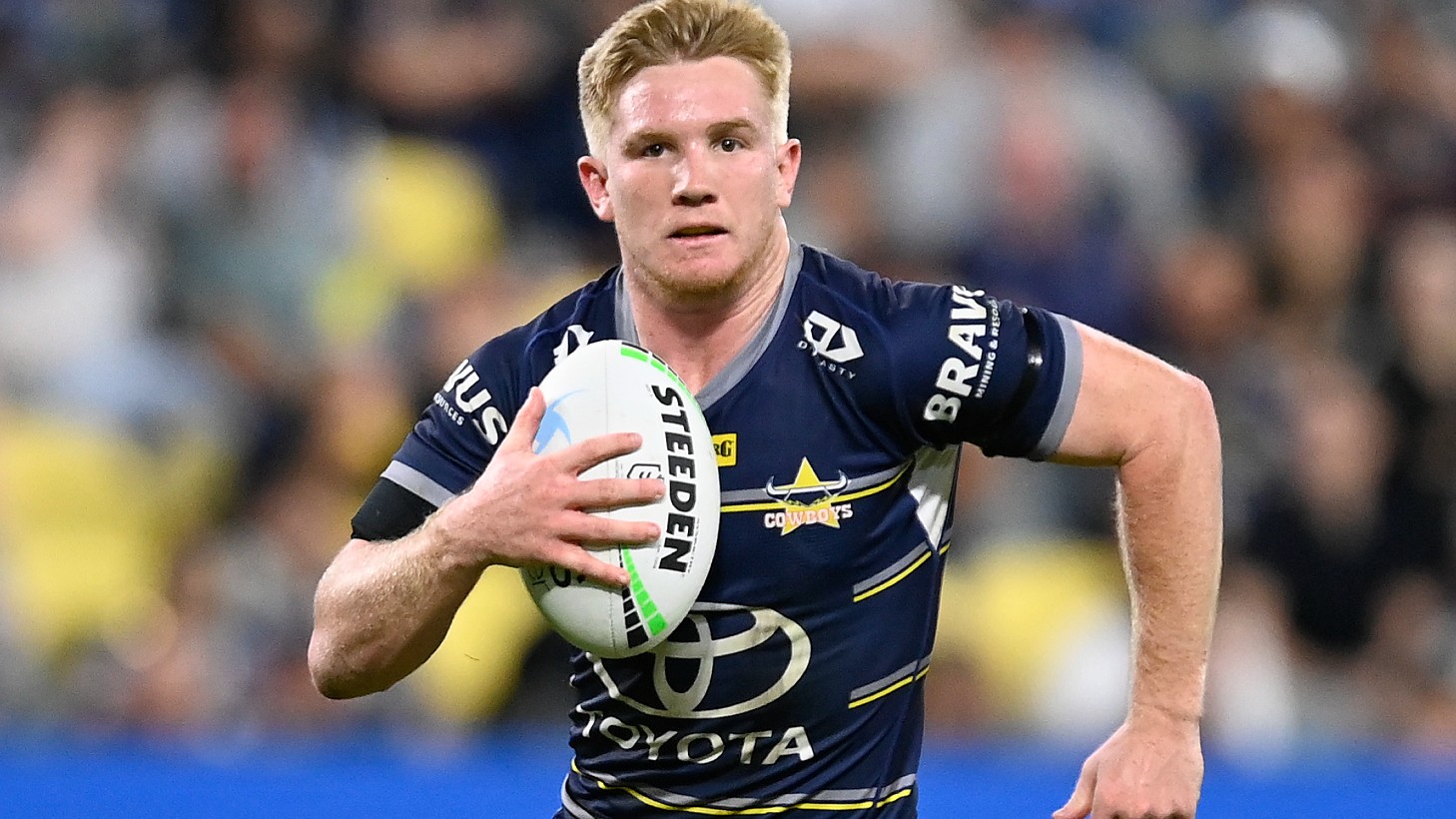 Hampton has made just two appearances for the Cowboys this season – a start against the Titans in round 13, and off the bench against the Sharks in round 18.

The Cowboys are tied for second on the ladder with the Sharks, who play the Bulldogs and Knights to close their season. While the Sharks are hot favourites for both, the Cowboys have a much tougher task to win their clashes against the Rabbitohs and Panthers.

“If you put Drinkwater at six it changes the way they play, and on the eve of the finals you really don’t want to upset your rhythm,” Lockyer said.

“Everyone else is in a position where they’re performing quite well,” he said referring to the Cowboys’ strong form. “(Selectors should) try and fill that six role without changing too many others around.

“I think Todd Payten will be quite happy with what he’s seen for them so far this season.”

Lockyer praised Dearden’s “toughness” for being able to play all 80 minutes with his painful injury.

“He went to a function afterwards and then said to the doc, ‘oh, I’m a bit sore down there’,” Lockyer said.

“If I ruptured my nut, I’d be in the foetal position straight away.”