Bombers in turmoil as another key figure quits

The turmoil at Essendon has claimed another scalp, with CEO Xavier Campbell resigning his position.

It comes just days after Ben Rutten was sacked as head coach.

The Bombers finished a disappointing 15th on the ladder this year, winning just seven of 22 matches.

Campbell has been in the role for nearly nine years, and was a key backer of Rutten, who had a year to run on his contract.

He’s the third senior figure to depart the troubled club this month, after Rutten and president Paul Brasher.

Earlier this year, Campbell was re-appointed as CEO on a contract that ran until the end of the 2024 season.

Campbell’s departure comes in the wake of the club’s shambolic, and ultimately unsuccessful attempt to recruit premiership-winning coach Alastair Clarkson. Campbell was opposed to the move to replace Rutten with Clarkson.

There are already calls for new president David Barham to go, despite the fact he’s been in the job less than a fortnight, given his role in the club’s pursuit of Clarkson.

“Xavier is to be congratulated for his service to the Essendon Football Club,” Barham said in a statement.

“He assumed the position at a time that required strong leadership during the most turbulent time in our history. He tirelessly led to reform the club’s governance, cultural and structural processes following the fallout of that difficult period and managed very complex situations through the legal procedures, including the AFL Anti-Doping and WADA appeals and sanctions processes as well as being instrumental in player and sponsor retention during this most challenging periods. 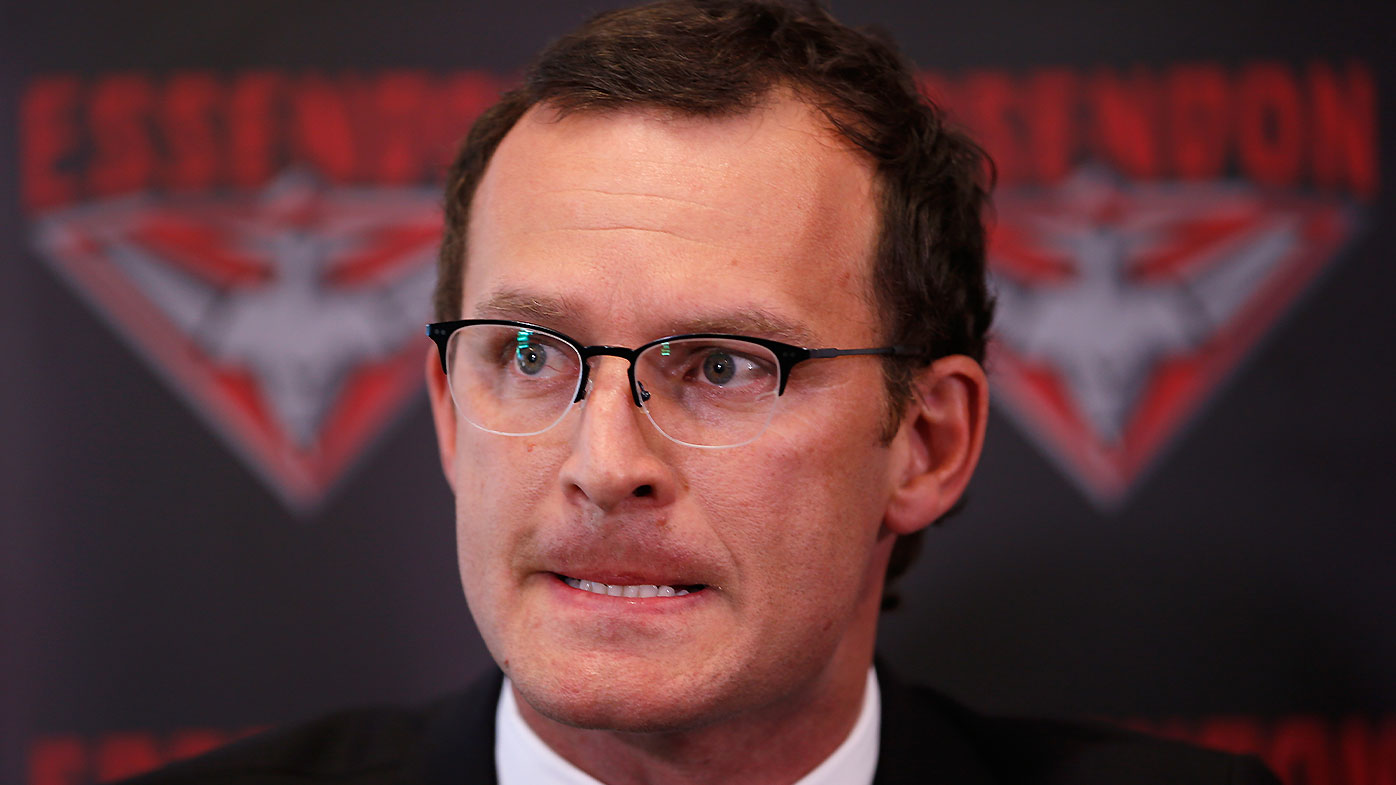 “Under his leadership, significantly, saw the elimination of the associated debt that peaked during this time.

“We sincerely thank Xavier for his undeniable commitment to the role.”

Essendon said the process to find a replacement will commence immediately.

“Being CEO is more than a job and it has been an absolute privilege, a pleasure, and an experience I will always be proud of,” Campbell said.

“What this needs is; a focused and well-supported president, a board united in its intent, strategy and voice, working in lockstep with management, supported by loyal and committed members and fans who believe in the club, the direction it’s heading and the team that can take it there.

“Our playing group deserves nothing less than this.”

Once an on-field powerhouse, Essendon’s most recent premiership was way back in 2000, and the club hasn’t won a finals match since 2004.

The Bombers were embarrassed in the final two matches of the season, going down to Port Adelaide and Richmond by a combined score of 287-137.

McEnroe tees off on Djokovic US Open ‘joke’