I’ve warmed to the Super Bowl concept for the NRL grand final and I think it’s a winner.

Admittedly, rugby league and American football are worlds apart, but why wouldn’t the ARL Commission take a leaf out of the NFL’s book by trying to secure a cash injection from the respective states, which they can reinvest into aspects of the game like grassroots footy, country rugby league and the elite clubs?

The Queensland government missed out this season, despite pledging $10 million and it took an eleventh hour phone call from NSW Premier Dominic Perrottet to ensure Sydney retained the hosting rights, but Peter V’landys insists the deal is only for one year.

The traditionalists and purists of the game are demanding the grand final continue to be played in Sydney, but Perrottet tore up the Harbour City’s lease when he reneged on the $250 million pledge to upgrade suburban grounds like Brookvale, Shark Park and Leichhardt.

The ARLC chairman declared it “opens the door for a Super Bowl-type concept or whoever can give us the best deal for the game … it could go anywhere.”

V’landys made a point of reminding everyone at the announcement of the venue for this year’s grand final that “next year we’ll have four teams in Queensland and by rights, if you pro rata it, every four years you go to Queensland.” 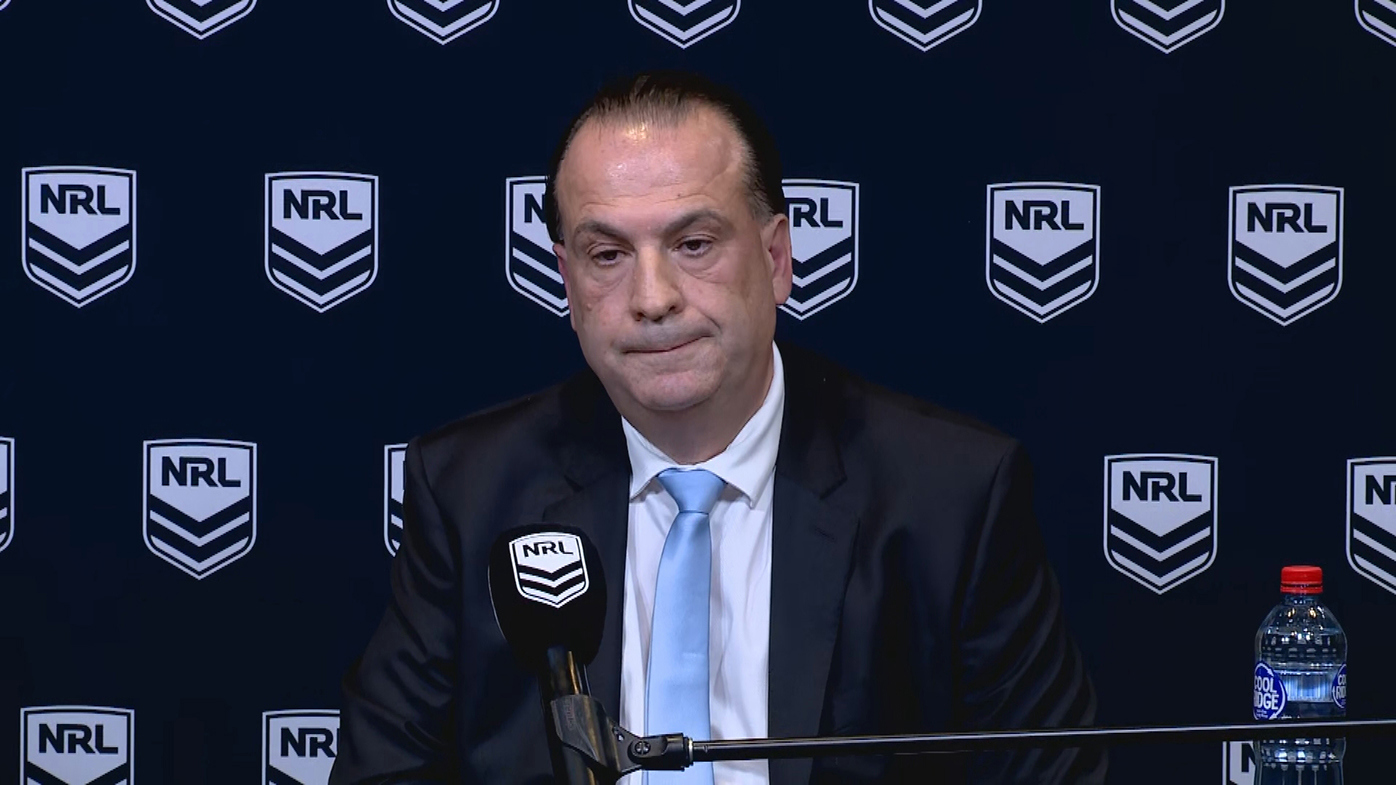 Is anyone really against the idea of playing another major football game at Suncorp Stadium given the crowds they get to a Brisbane Broncos clash on a Friday night, and the atmosphere they create in the cauldron during a State of Origin match?

Aren’t we a national competition with major clubs and supporter bases in Queensland?

I guess the one downfall is the capacity of Suncorp Stadium which holds 50,000 people, so that means 30,000 fans are missing out on the opportunity to experience a grand final at the venue if the league doesn’t play it at the traditional home, Accor Stadium in Sydney.

If you cast your mind back to the first time we played a State of Origin match outside NSW or Queensland, there was widespread outrage and uproar from the footy fraternity.

I was one of those people who prosecuted the case for the game’s showpiece to remain in the respective states because of the tribalism attached to the Blues and the Maroons. The late Tommy Raudonikis famously declared on 2GB’s The Continuous Call Team, “I hate Melbourne and they should chop it off and float it out to sea.” 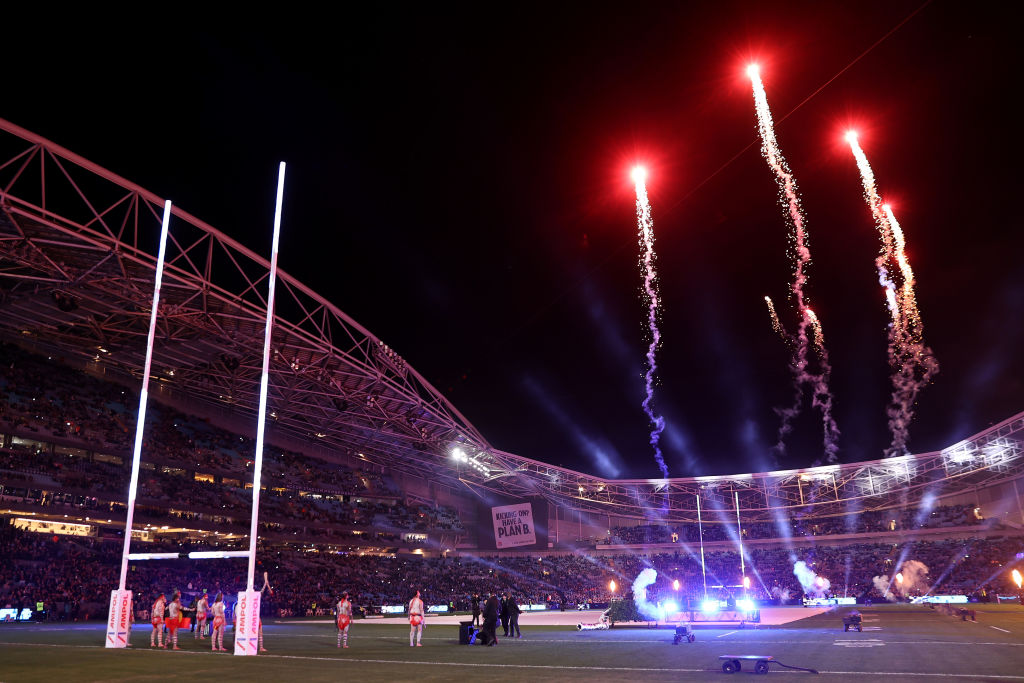 It takes a big man to admit when he’s wrong and I was quick to put up my hand. The NRL has won over new fans and the atmosphere has gone to another level at the magnificent venues like Optus Stadium in Perth, the MCG and Queensland Country Bank Stadium in Townsville.

If we’re intent on growing the game, attracting new supporters and competing with the AFL, which is represented in every state and territory either by a club or by playing a game there, the commission should investigate further the Super Bowl concept for the NRL grand final.

I think the positives outweigh the negatives and the league should be applauded for trying to secure the best outcome for the game. Our custodians on the ARL Commission are some of the country’s most intelligent administrators, barristers, former politicians and businesspeople.

Peter V’landys has copped plenty of criticism in recent weeks with some suggesting he’s been bullying the NSW government into funding new stadia when the money should be given to the flood victims. That’s unfair when you consider there’s a $123 billion infrastructure spend across the state and the NRL gets $300 million. 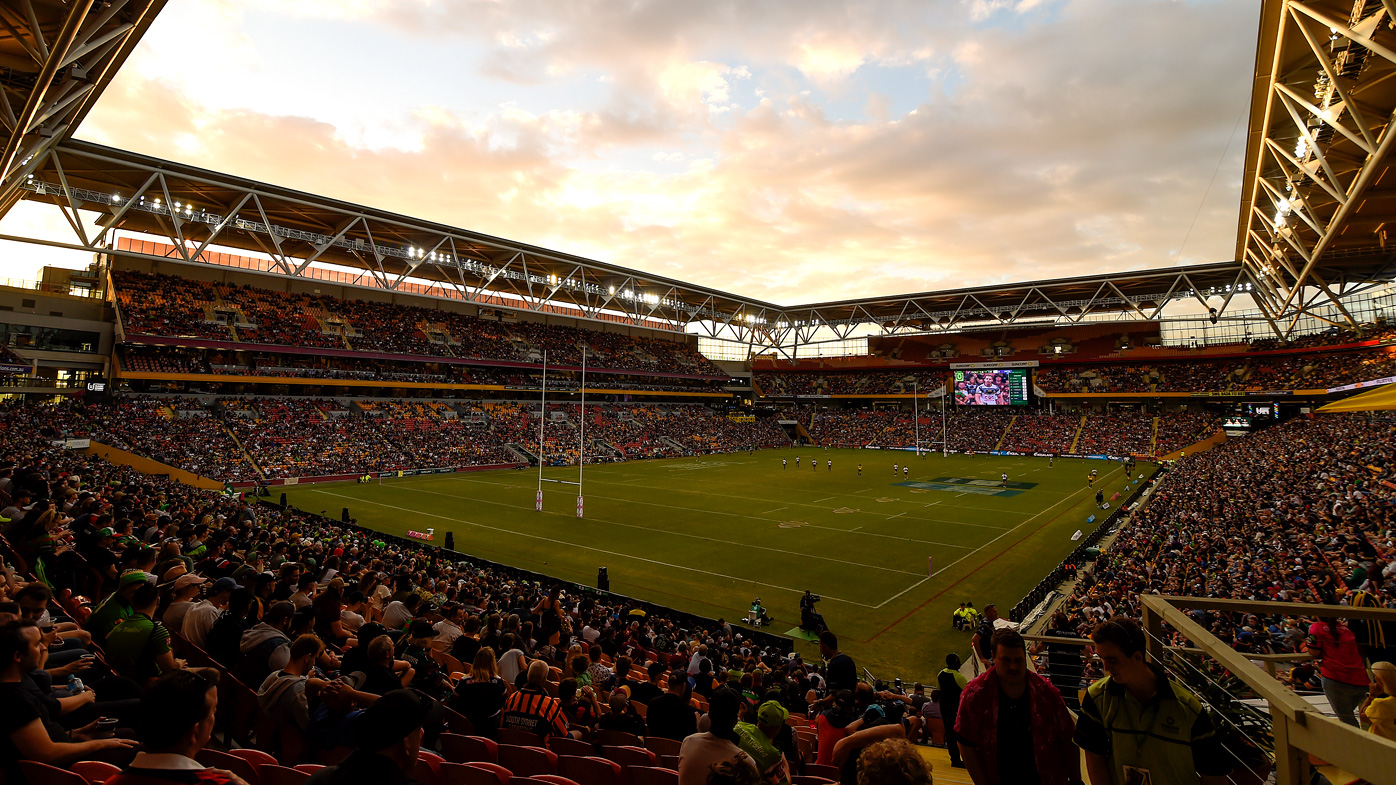 The ARLC chairman has also been taken to task over the money being spent on the centres of excellence for the Parramatta Eels, Canterbury Bulldogs and St George Illawarra Dragons, but those deals were done directly with the clubs and have nothing to do with the NRL or the commission.

V’landys has a responsibility to put the interests of rugby league at the top of his agenda which he’s done by lobbying the NSW government for the best possible deal. It’s no different to a business owner or operator negotiating a deal that best suits them.

Rugby league is lucky to have a ruthless and respected administrator like Peter V’landys who’s willing to play hardball with these politicians, including Perrottet, who have become the masters of spin.

I’ve spent the last week filling in for Ray Hadley on his top-rating morning show and when you cut through the political spin, the NSW government reneged on a deal that should never have been made in the first place if the money needed to be spent elsewhere.

That’s the reason why we find ourselves in this position, but from every negative there’s a positive and in my opinion, that’s the Super Bowl concept for the NRL grand final.