South Sydney has given young winger Jaxson Paulo the week off after he was subjected to death threats on social media over his round 23 performance.

Paulo, 22, made five errors in the Rabbitohs’ 26-22 loss to Penrith on Thursday night.

He has been omitted from the teamsheet for this week’s clash with the Cowboys, and is replaced on the wing by Izaac Thompson.

In the hours and days that followed last week’s game, a number of online trolls sent Paulo messages via social media, and some of them included death or violent threats.

His teammate, Latrell Mitchell, has publicly called out online trolls in the past, and in one instance two men were charged after the player reported the abuse to police. 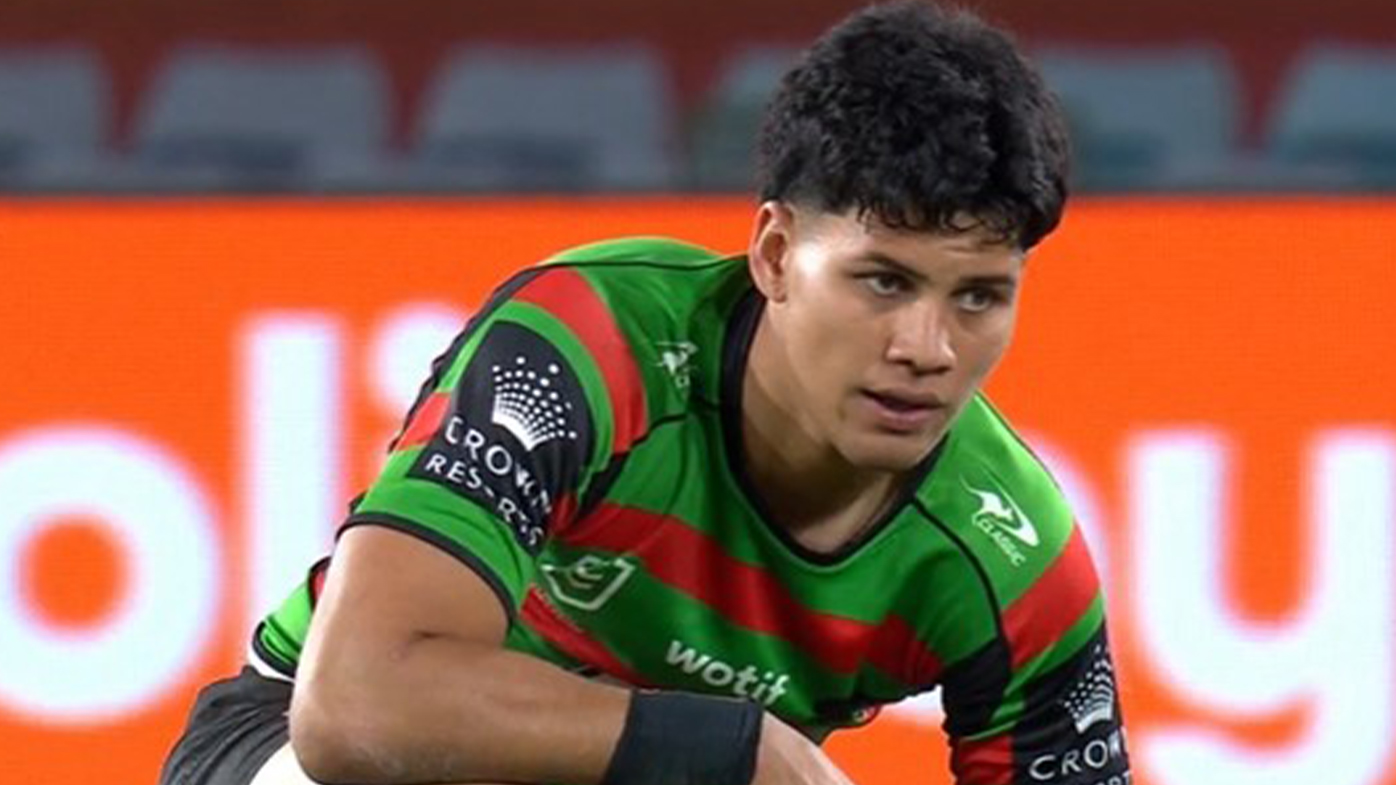 “If it comes to death threats and whatnot, and if your family is being involved, it is a police matter,” Mitchell told media this week in the wake of Paulo’s saga.

“If Jaxson is going that way, and the club is going to back him, I’m all for it.

“I did it. I got two fellows (charged), and I can guarantee a lot of other fellows are going to be thinking twice about what they are going to say and just leave it in the back pocket.”

Fellow South Sydney superstar Cody Walker agrees players should take online abuse to the police in order to stamp it out.

“It has gotten to a point where there is a threat involved to physically harm someone,” Walker said.

“It is just absolutely disgusting.

“It has blown me away that anyone thinks they can write that sort of stuff to a person and not think it is going to have any impact on the way that person lives.”