The rivalry between the pair first ignited last month when Cornes told SEN Breakfast he was left “uninspired” by a message Hood shared to supporters on the program.

“I was uninspired, if I was a North Melbourne fan I wanted more,” he said. 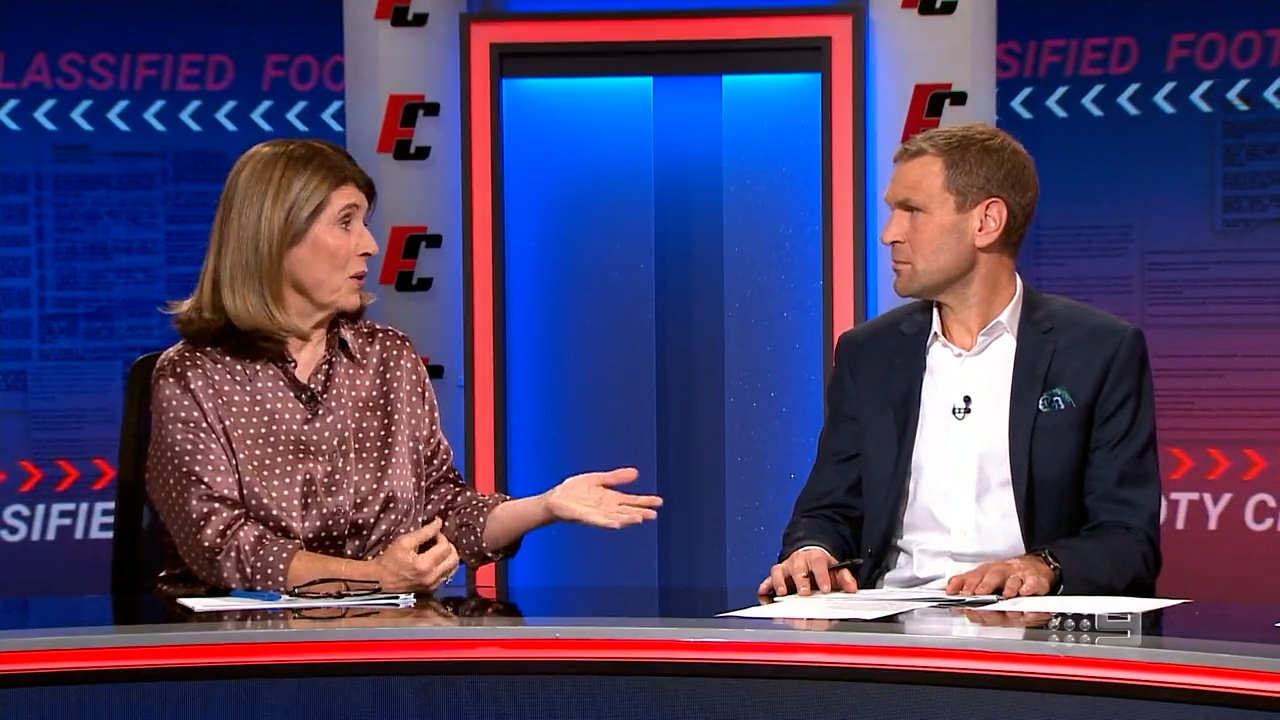 In reply to Cornes’ criticism after winning the signature of Clarkson, Hood took a light-hearted swipe at the Power great during an interview on SEN’s Crunch Time.

“David King is never going to forgive me for not coming in and announcing (the signing) on SEN yesterday morning, but I did say to him, ‘If his co-host hadn’t been so keen on describing me as uninspiring I might have popped by’,” she said.

That line line seemed to hit a nerve with Cornes as he doubled down on Nine’s The Sunday Footy Show the following day, slamming Hood’s celebrations as an excessive “victory lap” while the Kangaroos’ suffered a humiliating loss to the Suns on Saturday.

“While she was on one of the longest victory laps you’ve ever seen, North Melbourne was getting smashed by a bottom-six side by 67 points at Marvel,” he said.

“So, well done, you’ve got the coach you needed to get, but don’t feel like this is the messiah moment for the North Melbourne Football Club because they’re an absolute mess.”

Defending his comments on Nine’s Footy Classified, Cornes said he did not take Hood’s innocuous dig personally, before drawing attention to the incredible effort she had put in to build favourable relationships with the media. 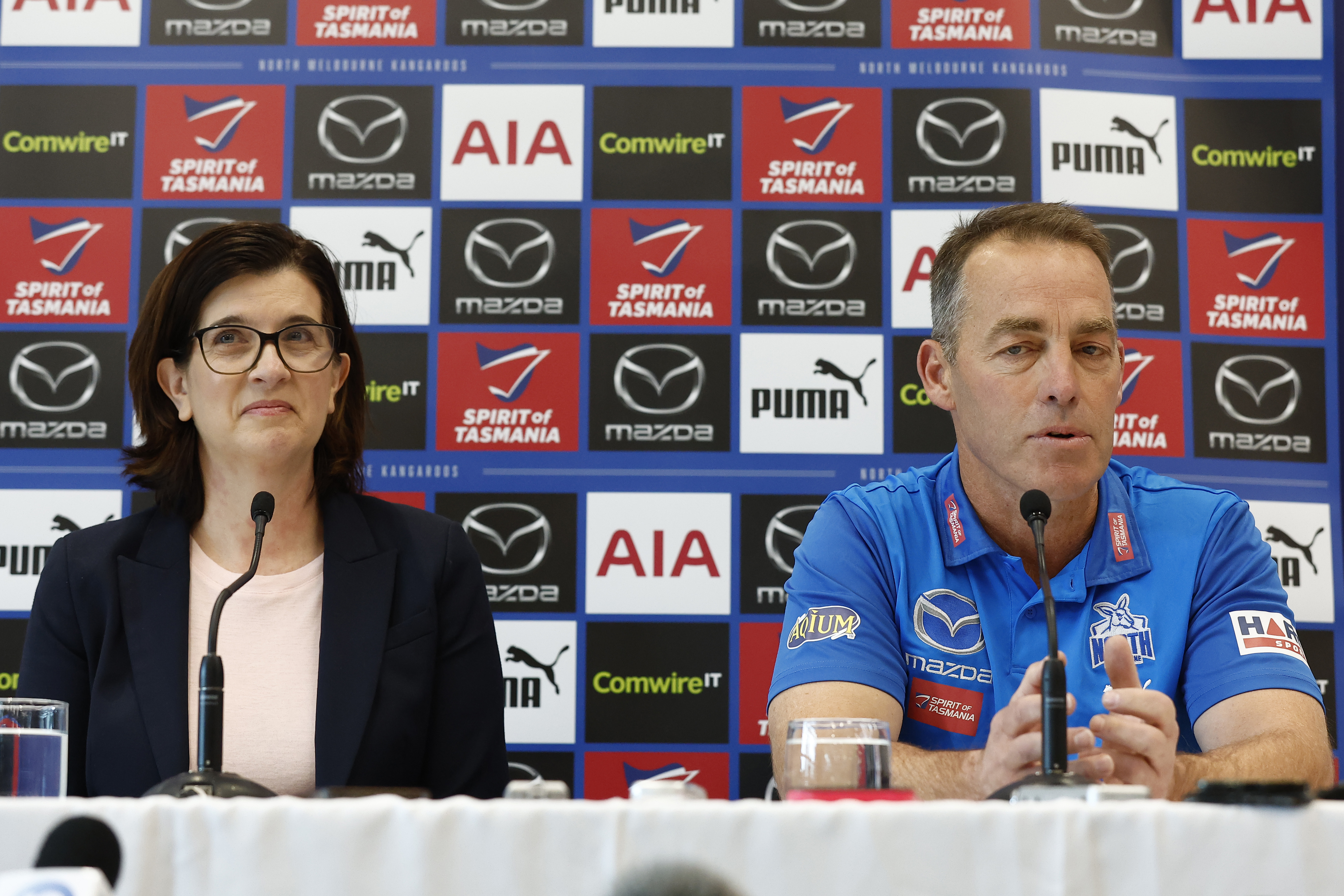 “The point to all of this is she’s been having coffees with every media performer and done a great job of building relationships with the media, and that is why they have been seen in such a great light,” he said.

“I did say, ‘Congratulations, you needed to land the plane and you did and it is the right move for the club’.”

Wilson disagreed with Cornes’ justification, discounting his remarks as “rot”.

“You think people are praising her performance because she’s had coffee with them?” she asked.

“She’s been building relationships with the media, with the AFL, with other club CEOs and presidents. She’s been having coffees with everyone.

“This is a club – and I’ve been down on them too – they’ve lost so much money, they’re bottom of the ladder, they’ve had an absolutely scheißhaus (German for shithouse) few years and finally they get a win, and [Hood] has one day to celebrate and you’re calling it a victory lap.”

Cornes hit back, claiming that Clarkson’s appointment would not solve the club’s problems.

“Alastair Clarkson doesn’t come in and take you from an embarrassment once again on the field on Saturday after she had said those comments after losing to a bottom-six side by 10 goals, and [considering] the work that still needs to be done,” he said. 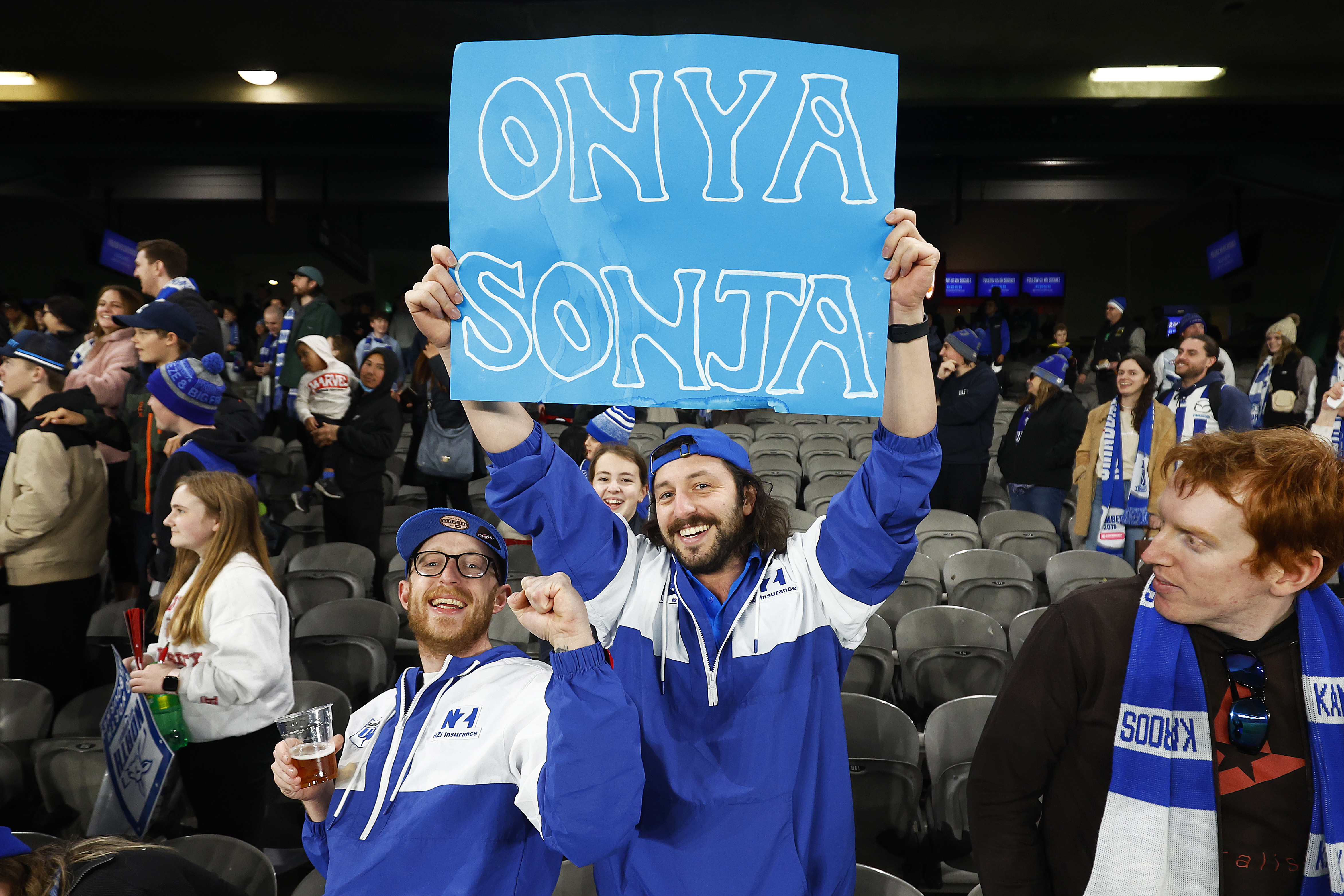 Scrutinising the areas North Melbourne still need to address, Cornes highlighted the club’s failure to lock down a CEO, recruiters and an assistant coaches panel for next season, while entering the upcoming draft and trade periods with no clear strategy.

“It’s like Alastair Clarkson is in and all their problems are solved,” he said.

Praising the work of Hood, Wilson said she was standing up for the minority of female presidents within the competition.

“Every woman in footy has walked a little taller after what happened with Sonja Hood and North Melbourne last week,” she said.