Wests Tigers captain James Tamou gave a lengthy apology to referee Ben Cummins after being sent off in the final minute for dissent, as he now faces the possibility of his NRL career being over.

Tamou has been charged for contrary conduct and can accept a two-game suspension, which would almost certainly end his NRL career with no contract yet signed for next season.

In one of the toughest nights of his career, the prop was sin binned initially before having that upgraded to a send off for spraying Cummins with a volley of swear words and labelling him “incompetent”.

Tamou cut a remorseful figure in the post-match press conference, as he now faces an uncertain playing future.

“First of all, I apologise for my actions towards Ben Cummins – they do a terrific job,” he said afterwards. 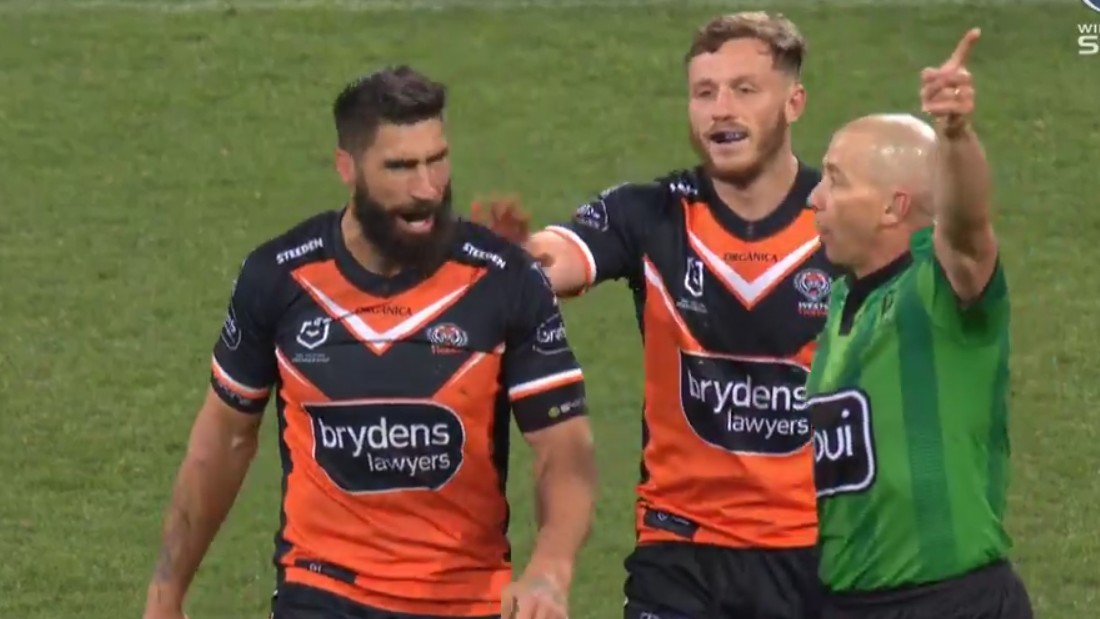 “I’ve got four kids at home and that’s how they’re going to see their dad act.”

“I’ve let everyone down, I’ve let myself down. I’m embarrassed. I’ve let a lot of people down.”

Tamou conceded it was one of the hardest games he’d ever been involved in, which he said led to him “taking it out on the wrong people”. 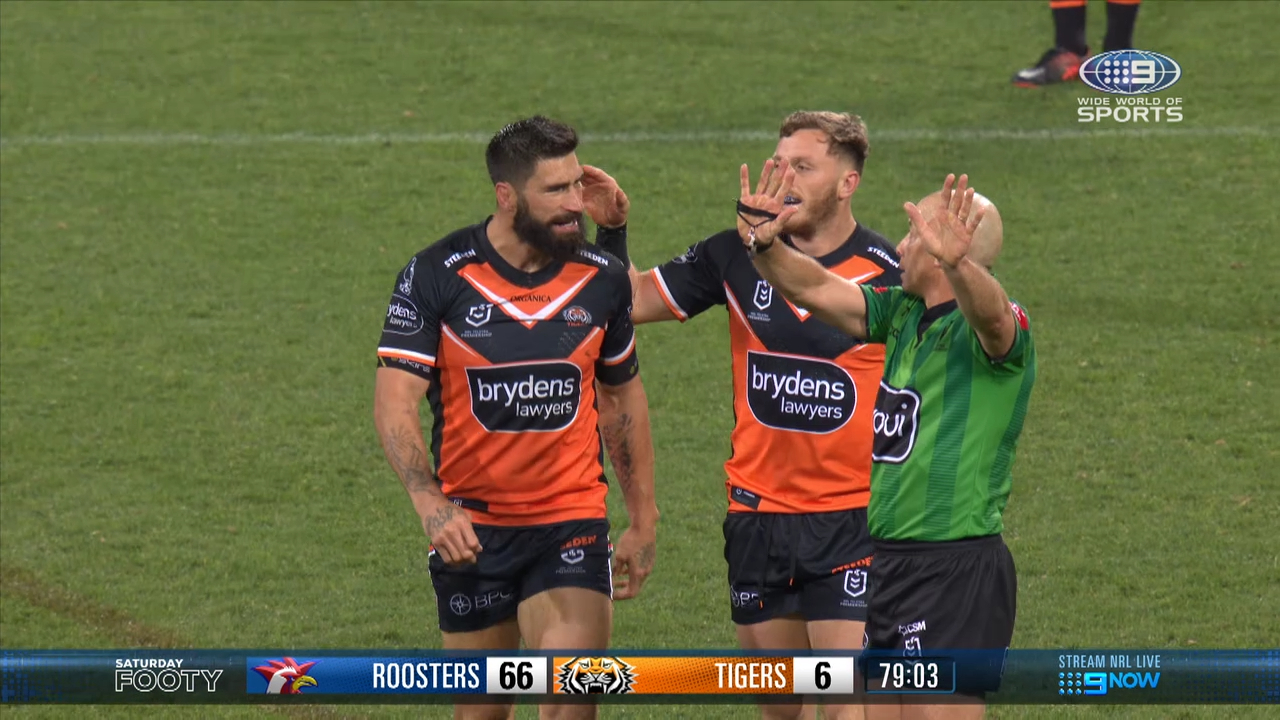 The Tigers skipper wants to play on in 2023, but officials are yet to decide whether to give him a new deal or cut him loose, and said his heart sank when he realised that if he’s given a multi-week suspension that it would be the end of his season, and possibly his career.

“It’d be a tough way to go for a game that’s given me a lot and I’ve dedicated my body to – but it’s just something I’ll have to deal with,” he said.

The Tigers have two games left, and are facing the first wooden spoon in their history unless they can leapfrog the Titans in the next fortnight – but interim coach Brett Kimmorley insists they’re still fighting. 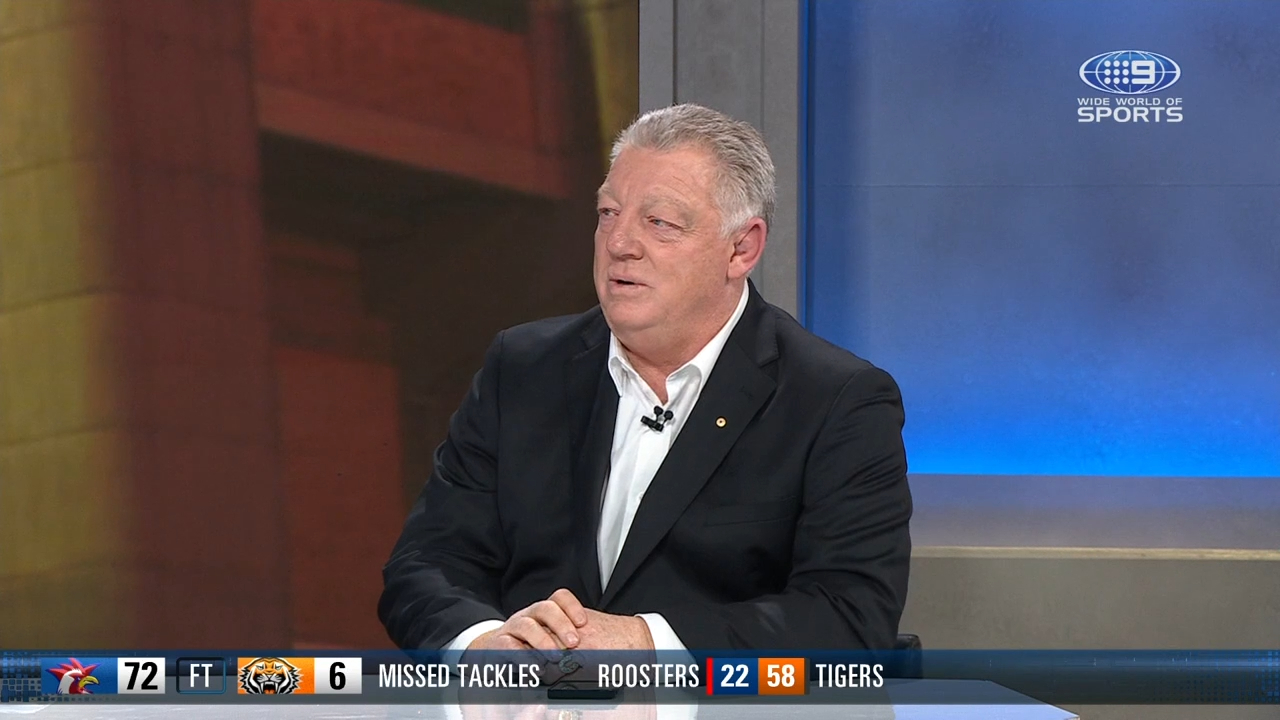 “I don’t think it’s gone too far – obviously we play the Dragons next week and the Raiders the week after that – we’ll find 17 players that are available for us, work out who that is during the week, train really well.”

Kimmorley said that keeping the squad unity was the priority going in to two vital weeks ahead, where they need to win at least once to avoid the dreaded wooden spoon.

“The big thing is we need to stay together as a group. We’re entitled to any bit of criticism that people want to throw at us at the moment, that’s where it is.

“We’ve got to sort of own that a little bit.”