A Bunker decision to put Corey Horsburgh on report for little more than a push on Knights kicker Adam Clune has been slammed by rugby league greats.

Having raced out of the Raiders line, Horsburgh pushed Clune right as he put boot to ball early in the second half of the clash in Newcastle, leaving himself and his opponent on the ground.

After the contact, Horsburgh shouted in the face of the Knights No.7.

The Bunker reviewed the hit and ruled Horsburgh had not made a “genuine attempt” to tackle Clune.

Speaking on Nine’s coverage during Canberra’s 28-22 win against Newcastle, Billy Slater said he couldn’t see any issue with what Horsburgh had done.

“What’s he done wrong? I want to know where in the rules you need to make a genuine attempt to make a tackle. You are allowed to push people,” Slater said on Nine’s coverage.

Andrew Johns was equally as impressed.

“Not attempting a tackle? He was putting pressure on.”

Needing to win to keep their season alive, the Raiders conceded five tries in the first half, before heading to the sheds trailing 22-8. 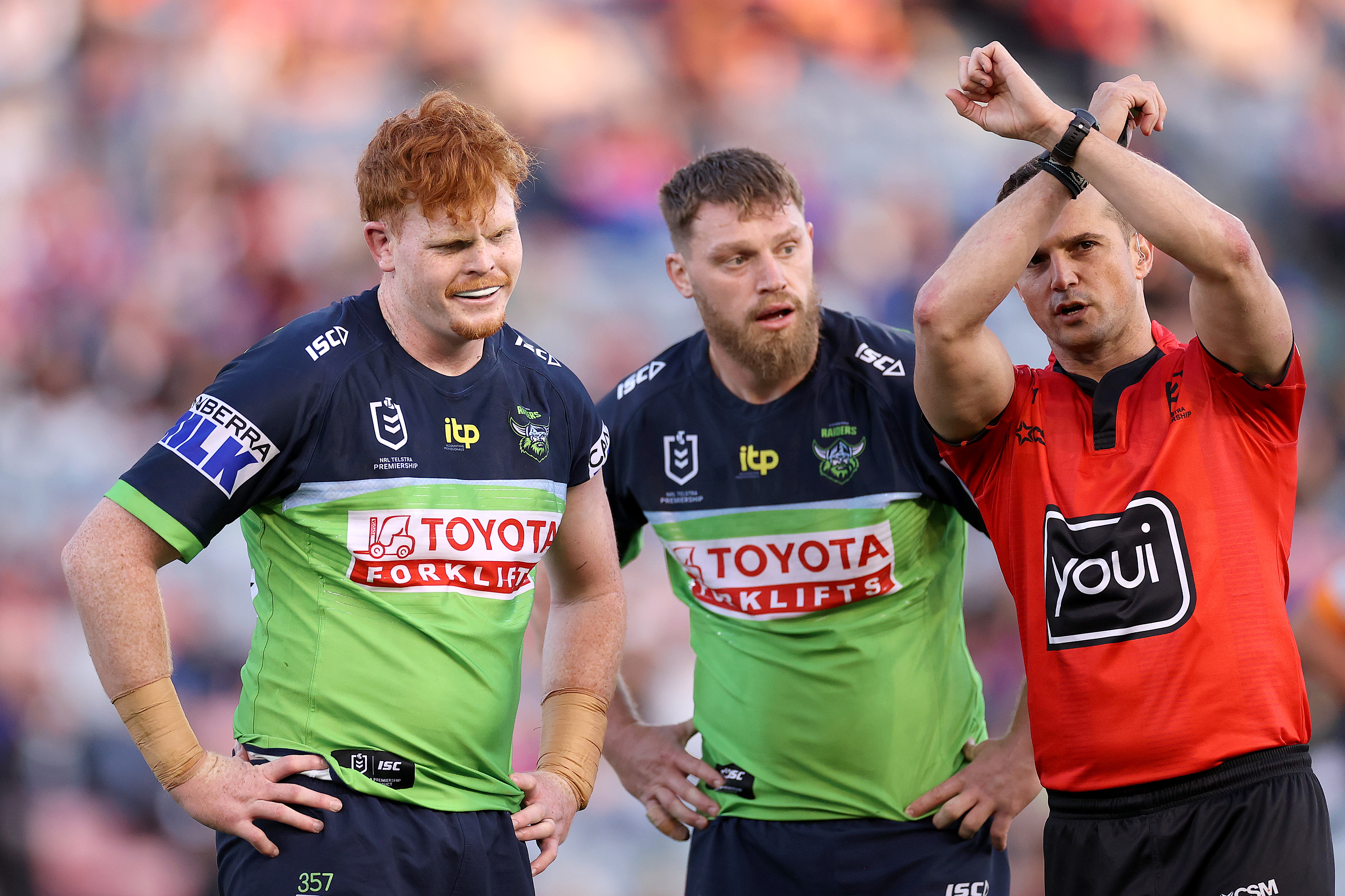 Knights wingers Edrick Lee and Dom Young picked up first-half doubles, and Jayden Brailey made it a five-try first half.

But it was the goal-kicking – or rather lack of – that took the half-time spotlight. Of the seven first-half tries scored between the two sides, only Brailey’s on half-time was converted. Anthony Milford and Jamal Fogarty had difficulty kicking from the sidelines.

Out of the sheds, the Raiders scored in the 42nd and 48th minutes through Sebastian Kris and Hudson Young.

Having recalibrated his radar at half-time, Fogarty kicked both conversions and then a 53rd-minute penalty goal to pull the Raiders level.

The sides would remain locked for the next 20 minutes until Jack Wighton, Josh Papalii and Joseph Tapine combined for a 70-metre effort with less than 10 minutes left. 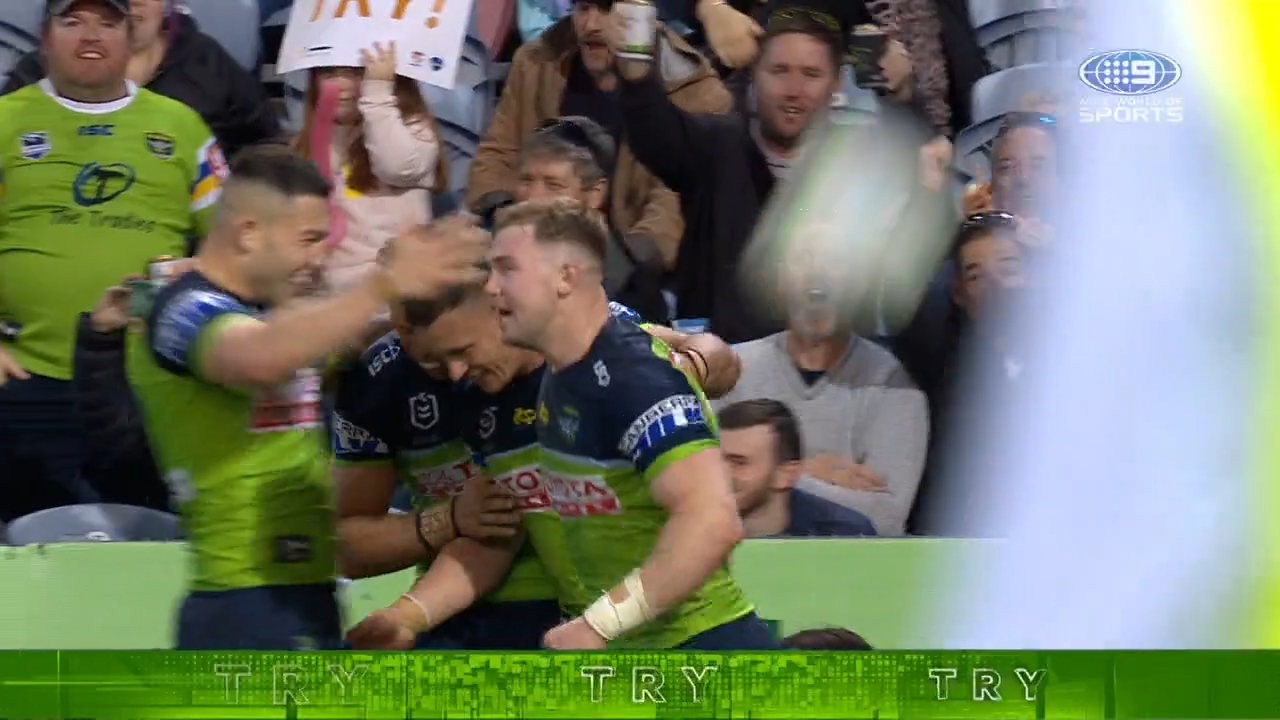 It was Tapine who made the initial break, before he passed to Papalii. When he realised he wasn’t going to get there, he threw a ‘basketball’ pass to Wighton who scored to put the Raiders in front.

“Joseph Tapine, take a bow, he has been in some form this year, I don’t think we have seen a better front-rower all season,” Slater said.

The Knights looked to have one more play left in them in the last seconds, and almost came up with the goods when Lee threw himself over the line.

Unfortunately for the Knights, he grounded the ball on the touch line, and the Raiders held on to win.

DC Using Pandemic Relief Funds To Give Residents An Extra $1,000