A bad error by goalkeeper Edouard Mendy sparks a collapse by Chelsea, who recorded a 3-0 loss at Leeds, featuring a first Premier League goal by American winger Brenden Aaronson.

The late sending-off of center back Kalidou Koulibaly completed a miserable afternoon at a lively Elland Road for Chelsea, which fell to a first loss of the season.

It was Aaronson who applied pressure on Mendy after the Senegal international received a back pass in the 33rd minute. Mendy took a slightly heavy touch and tried to go around Aaronson, who dispossessed him and walked the ball into the net to make it 1-0.

“The message was going into this game, we’re going to press them, we’re not going to stay back and fear them, we are going to go after them,” said Aaronson, who joined Leeds from Austrian team Salzburg. “That sums up that goal and sums up this team’s performance today.”

Spain striker Rodrigo glanced home a header from Jack Harrison’s free kick in the 37th minute and the roles were reversed for the third goal in the 69th, when Rodrigo arrived in the area to meet a cross with a mis-hit shot that was turned in from close range by Harrison.

Koulibaly, one of Chelsea’s offseason signings, received his second yellow card in the 84th for pulling back the jersey of substitute Joe Gelhardt.

Chelsea’s poor performance contrasted sharply with its impressive display in a 2-2 draw with Tottenham last weekend and highlighted a number of weaknesses in its squad.

Notably in attack, where manager Thomas Tuchel looks to be short after letting go Romelu Lukaku and Timo Werner and only bringing in Raheem Sterling from Manchester City. Sterling had a goal disallowed in the first half and also missed a great early chance.

Chelsea also has a shortage of center backs — the suspension of Koulibaly won’t help — as well as issues in midfield, with N’Golo Kante and Mateo Kovacic injured. 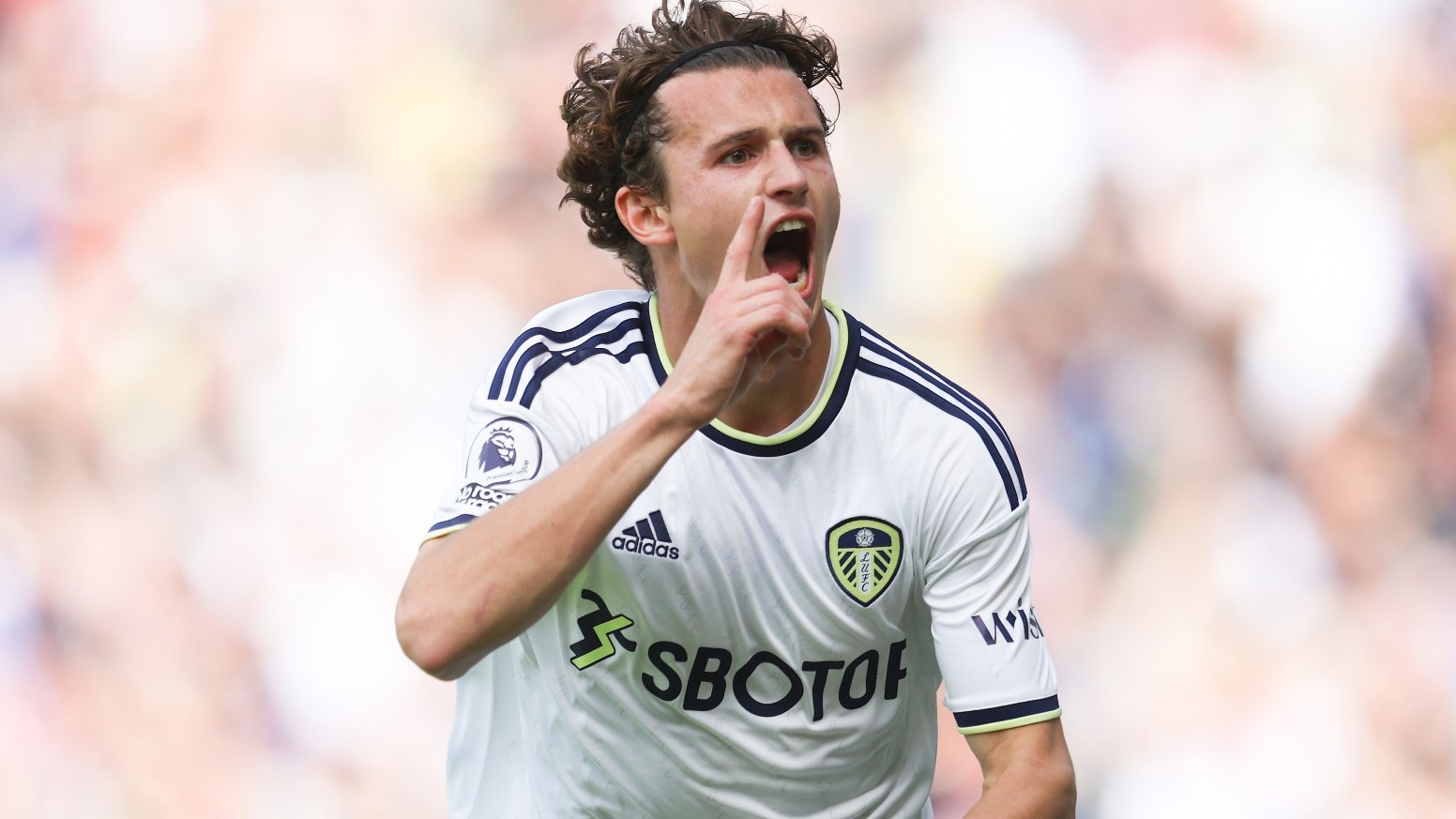 Leeds has opened with two wins and a draw in American coach Jesse Marsch’s first full season in charge.

“I love it here, I love our fans,” Marsch said. “You have to enjoy it, this business is not easy.”

Rodrigo has four goals, making him the top scorer in the league.

In years to come, if Newcastle is contending for Premier League and Champions League titles as widely expected, the Saudi-funded team might look back on this game as the one when it truly arrived as a force in football

Few opponents have given Manchester City the kind of battering Newcastle dished out in the first half of a rip-roaring 3-3 draw on Sunday.

And when Kieran Trippier curled a stunning free kick into the top corner to put a rampant Newcastle 3-1 ahead in the 54th minute, it looked as if City was going to slump to one of its heaviest Premier League losses under Pep Guardiola.

Watch every game of the 2022-23 UEFA Champions League, streaming ad-free, live and exclusive on Stan Sport

However, City is the defending champion for a reason and goals in the 60th by Erling Haaland and the 64th by Bernardo Silva — following a wondrous pass from Kevin De Bruyne — salvaged a point that will be gratefully accepted by Guardiola.

“We said before the game we wanted to go toe-to-toe with them and that’s what we did,” Trippier said. “It just shows how far we’ve come.” 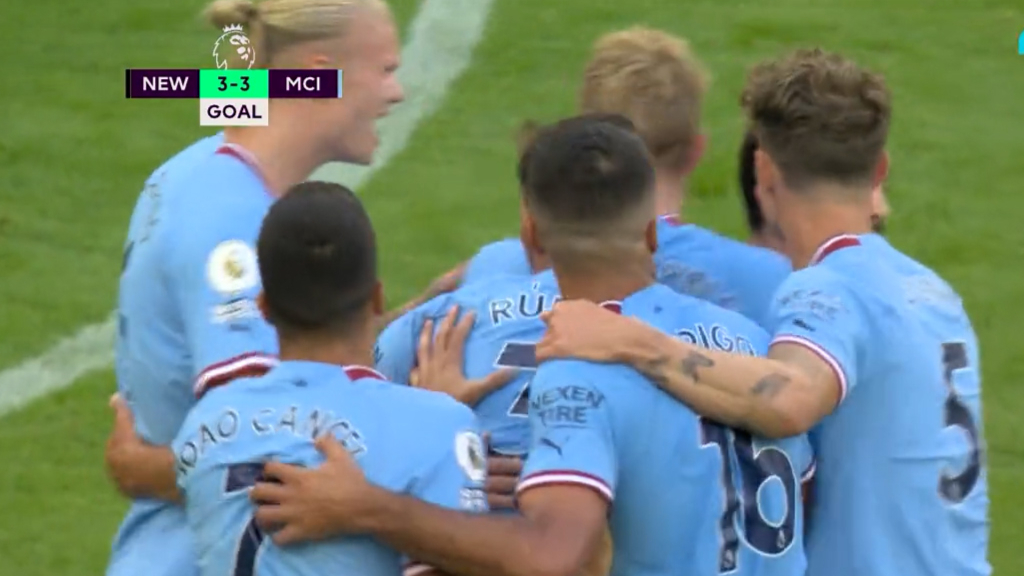 Indeed, this was a warning served by one of European soccer’s growing forces nearly a year into the reign of Saudi Arabia’s Public Investment Fund, which has invited accusations of sportswashing.

After two transfer windows of the new era, Newcastle is a team transformed. Even compared to a few months ago, with City having swept aside Eddie Howe’s team 5-0 as recently as May on the way to clinching the title last season.

City went ahead through Ilkay Gundogan in the fifth minute, only to be pummeled by wave after wave of Newcastle attacks that led to goals from Miguel Almiron and Callum Wilson before halftime.

“We really wanted to win that game to show the world what we are capable of doing,” said Newcastle winger Allan Saint-Maximin, who caused most of the problems for City.

Both teams remained unbeaten after three games, with City dropping points for the first time. The champions will likely be happy to escape from St. James’ Park with a point.

“Newcastle are becoming one of the toughest opponents, for sure,” Guardiola said.

After two better-than-expected Premier League campaigns under David Moyes, West Ham might be a set for tough season this time. 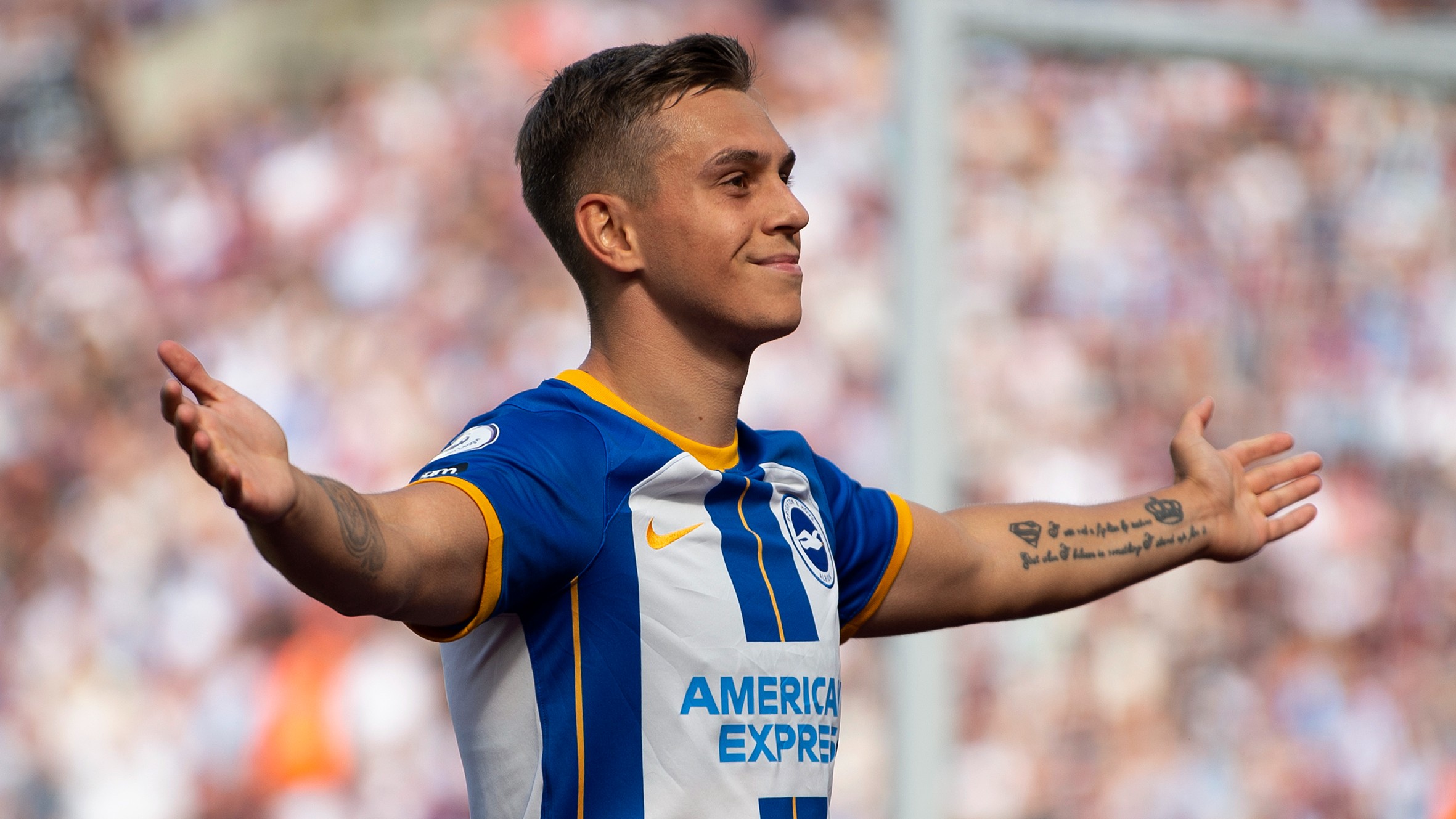 A 2-0 home loss to Brighton condemned West Ham to a third straight defeat to open the season. Perhaps it was to be expected, given Brighton has never lost this fixture in 10 previous Premier League meetings between the teams.

West Ham, which finished sixth in 2020-21 and seventh last season, has now lost 2-0 to Man City and 1-0 at Nottingham Forest and is in last place.

It was a tough full debut for defender Thilo Kehrer, recently signed from Paris Saint-Germain. His Premier League career started inauspiciously when he brought down Danny Welbeck to concede a penalty converted by Alexis Mac Allister.

Leandro Trossard scored the other goal.