Ukrainian boxer Oleksandr Usyk retained his world heavyweight titles with a split decision win over Anthony Joshua in a rematch in Saudi Arabia that was closer than last year’s first fight.

Both fighters held up the blue-and-yellow Ukrainian flag as the judges’ scores were read out at King Abdullah Sport City arena near Jeddah. When he was declared the winner, Usyk hid his face behind the flag.

The 35-year-old Usyk kept his WBA, WBO and IBF belts six months after serving in the Ukrainian army as part of the country’s defense against Russia’s invasion. 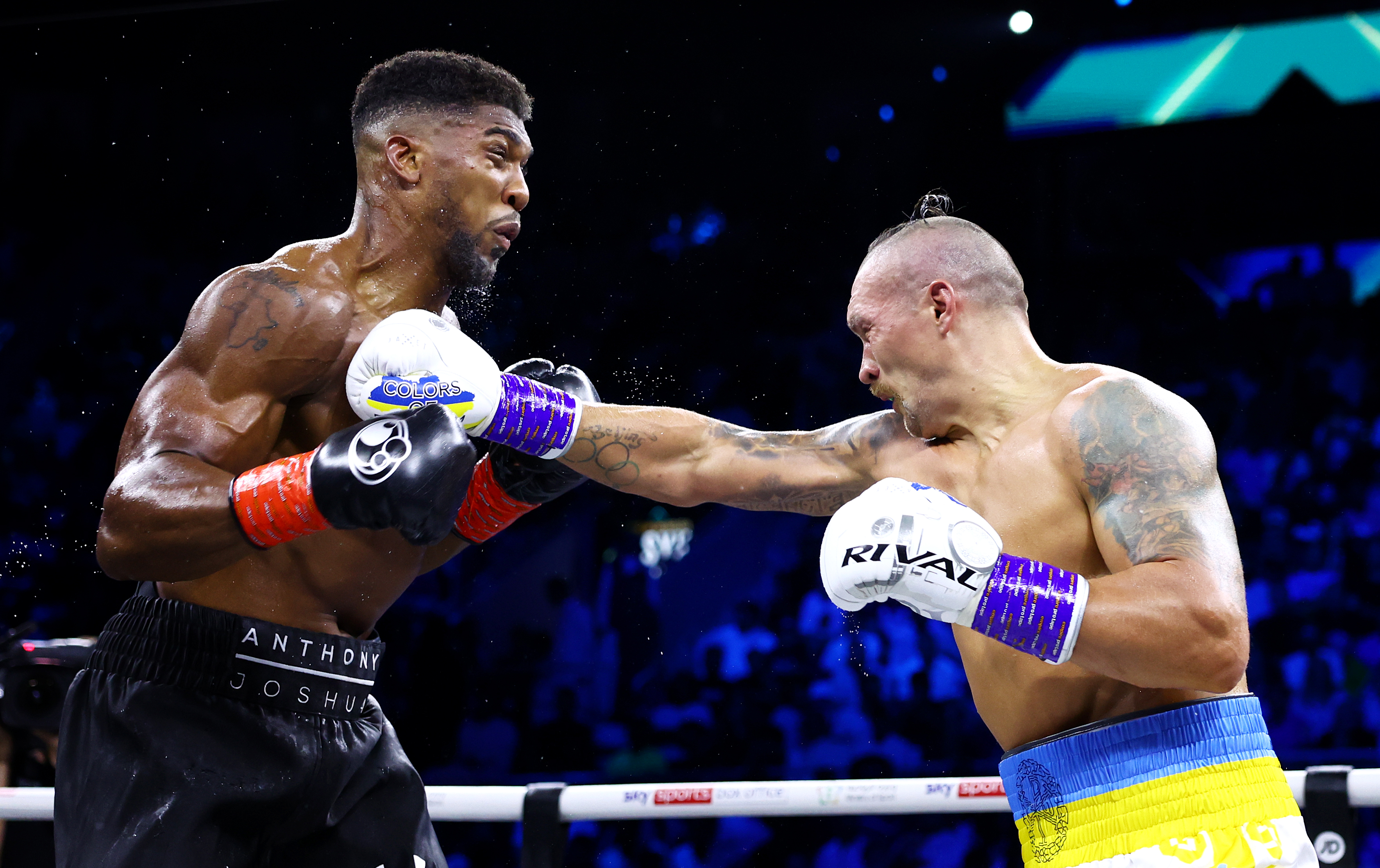 Encouraged by a pre-fight message from Ukraine’s president, Usyk carried the weight of a war-torn nation in a fight that was on free-to-air TV in his native country and he had to weather a sustained body attack from an improved Joshua to secure the win.

Both boxers looked exhausted at the final bell. Usyk fell to the canvas and looked to the sky and was soon joined there by Joshua, who embraced his opponent and appeared to offer his help to the plight of Ukraine.

In an expletive-laden speech inside the ring, Joshua praised Usyk for fighting so well in the circumstances.

“If we knew my story, you’d understand the passion. I ain’t no amateur boxer who was five years old, that was an elite prospect from my youth,” Joshua said after the fight. “I was going to jail… I got bail and I started to train my ass off.

“The passion we put into this shit.

“Please give him (Usyk) a round of applause, our heavyweight champion of the world.

“I’m not a 12-round fighter, look at me… This guy here is a phenomenal fighter.”

Usyk also claimed the Ring Magazine belt with the win. There’s only one heavyweight title that Usyk doesn’t own — the WBC one that was vacated this year by Tyson Fury, who says he is retired.

Boxing insiders from around the world have expressed shock that Joshua was able to snare victory in the eyes of one judge as the Ukrainian defending champion dominated the entire fight.

Joshua, a two-time heavyweight champion, fell to his third loss in 27 fights and his career is at a crossroads.

Where Usyk goes from now appears to depend on Fury.

Victor Davis Hanson ‘The Left Are the Revolutionaries’