Tom Hawkins may have been instrumental in the Cats‘ 85-point thrashing of the Eagles, but it was his pre-game memory lapse that caught his teammates’ attention.

While preparing to run through Patrick Dangerfield‘s milestone banner marking his 300th AFL game, with a sinking feeling, Hawkins appeared to realise he had forgotten to put his playing jumper on underneath his ‘Danger 300’ jumper.

Hurrying back to the rooms to change before the opening bounce, Hawkins’ teammates could not hide their amusement, or in Tom Atkins’ case, confusion at the situation.

Having already secured the minor premiership, the Cats once again showed their dominance in their final regular-season match to take a 19. 17. (131) to 7. 4. (46) victory at GMHBA Stadium. 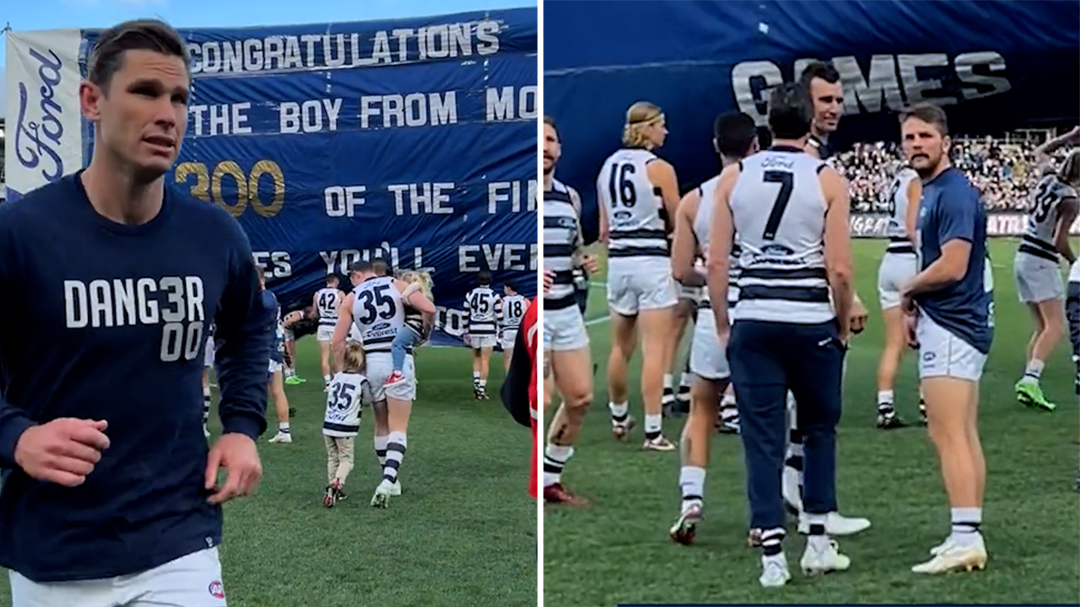 While the Eagles did come within 15 points in the second quarter, the Cats soon clicked into gear, kicking the next six goals to open up a 51-point lead at the main break.

In his 200th match, Jamie Cripps lead the way for the Eagles with three goals, including the team’s first with an extraordinary set shot from the pocket.

Geelong’s day could only be soured a growing injury list ahead of the finals.

Jake Kolodjashnij was assisted from the field early and later subbed out after crashing heavily into the turf during marking contest with Jack Darling. Landing awkwardly on his neck, the key defender failed his concussion test. 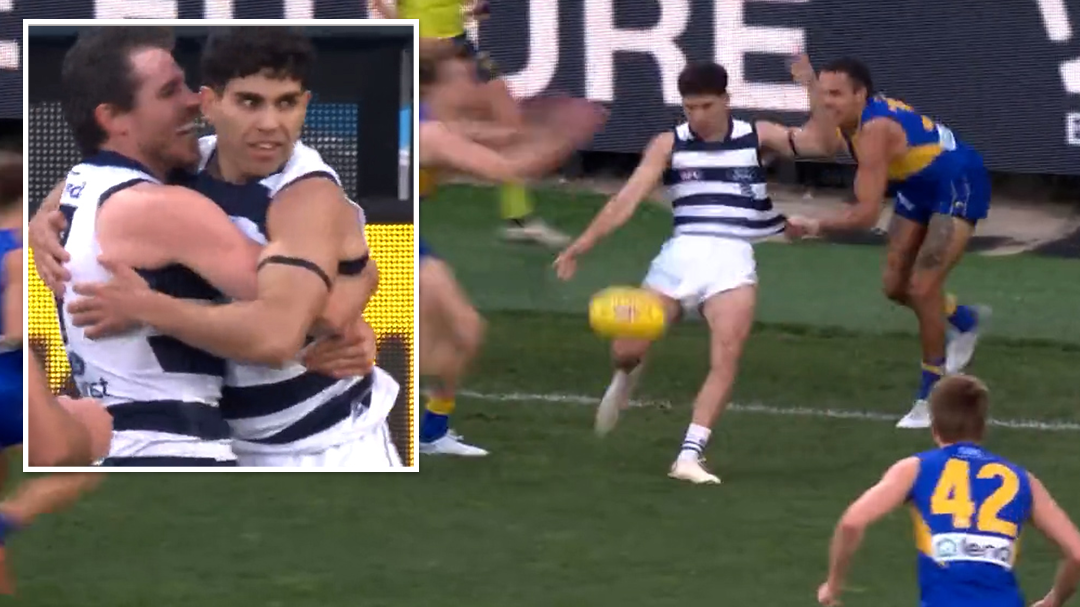 At the time Gary Rohan was also being tended to after he appeared to roll his ankle. He spent more than 10 minutes off the ground before returning to the match.

An accidental collision between Dangerfield and Cam Guthrie in the centre square also saw Guthrie come off second best.

The midfielder clutched his left shoulder as he came from the ground, he later returned to the bench with the tracksuit on.

As Tyson Stengle kicked his fourth of the evening, Fox Footy’s Brad Johnson described his performance as one that may just get him “over the line (for All-Australian selection)”.

One Year Ago… Desperate Afghans Fall From US Plane Fleeing Taliban