Essendon players have reportedly expressed their displeasure towards new president David Barham for the treatment of coach Ben Rutten in heated internal meetings on Friday.

Players and staff reportedly peppered Barham with questions after the board’s brash attempt to lure supercoach Alastair Clarkson, despite the incumbent Rutten still having a year to run on his contract.

With Rutten‘s tenure not expected to see out the weekend, players voiced their disappointment at the lack of consultation and transparency over the situation and the resulting disregard shown towards their leader. 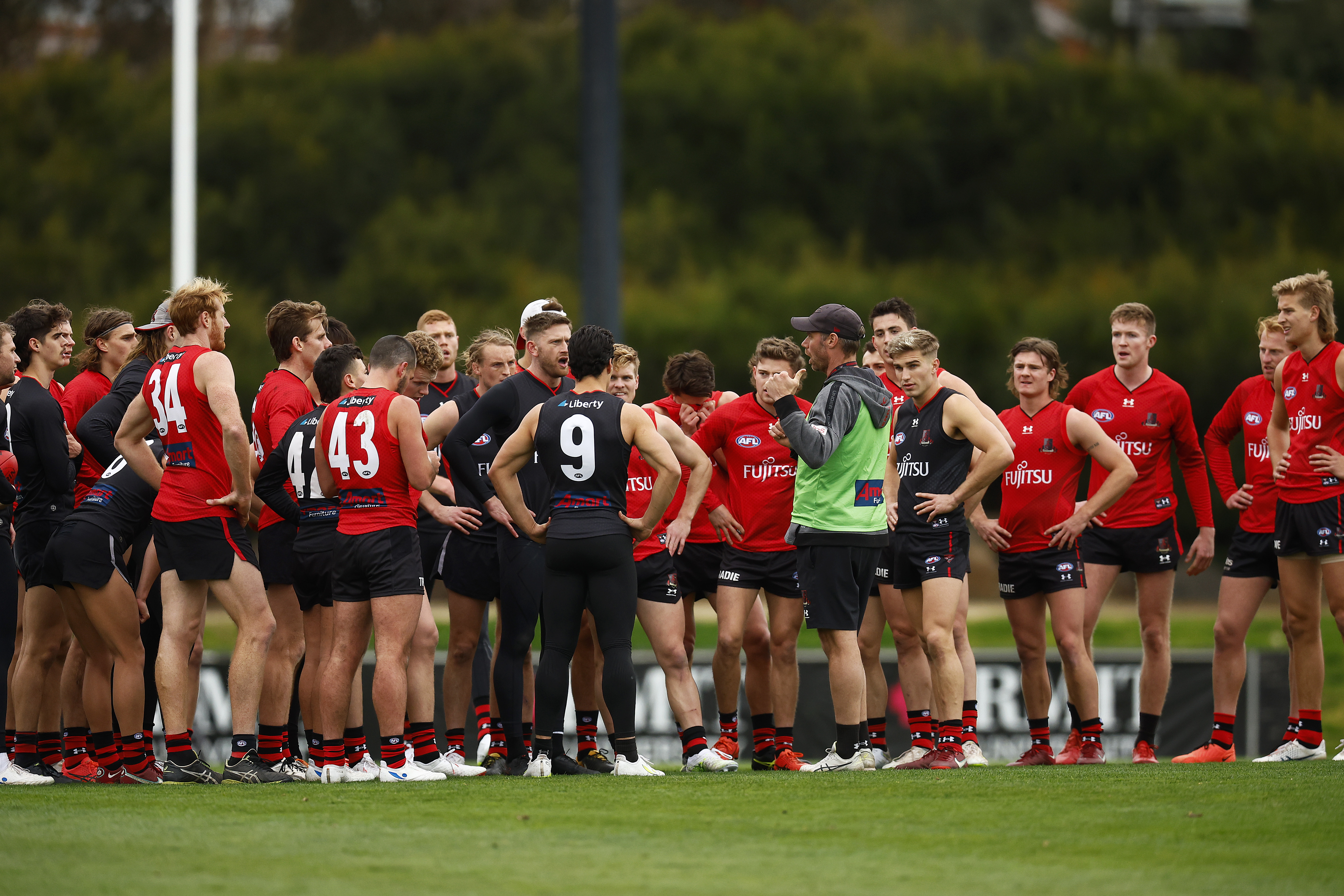 The post included comments made by Dale Thomas on the Triple M’s The Weekend Rub which painted the club’s board in a bad light.

“This is arguably the greatest show of disrespect to any current coach for as long as I can remember,” Thomas said on the show.

“It has been absolutely shocking what they’ve done to him.”

Barham, to his credit, admitted that players were “disappointed” at the club’s actions during the week and the lack of consultation, saying: “I have to live with that”.

The playing group’s view on the ill-fated Clarkson chase was evident when retiring veteran Michael Hurley outlined the lack of stability at the club on Thursday.

“I can’t speak for the whole playing group but I know for me, there’s probably an element of frustration. I know throughout my career, I’ve craved a bit of stability and a settled footy club and unfortunately that doesn’t seem to be that way at the moment,” he told reporters.

“I just hope that it can work itself out, and there’s younger guys coming through get that stability that I crave throughout my career.

“[Stability] gives you every opportunity to achieve what you want to achieve. I think when things aren’t settled, when there’s moving pieces and moving parts, instability makes things really difficult. It’s a very hard game and if you make it harder for yourselves what hope have you got.”

Barham has confirmed Rutten will coach against the Tigers on Saturday night, however the board will meet again on Sunday to determine his future beyond this season.