In a lovely tribute to late NRL player and coach Paul Green, every fan housed in Queensland Country Bank Stadium has risen to their feet in the 15th minute of the Cowboys 44-point win over the Warriors on Friday for a minute’s applause.

Green was found dead in his Brisbane home last week. He was just 49 years old.

The 15th minute was chosen to commemorate the 2015 NRL Grand Final – the Cowboys’ finest hour, where they were coached to premiership glory by Green. 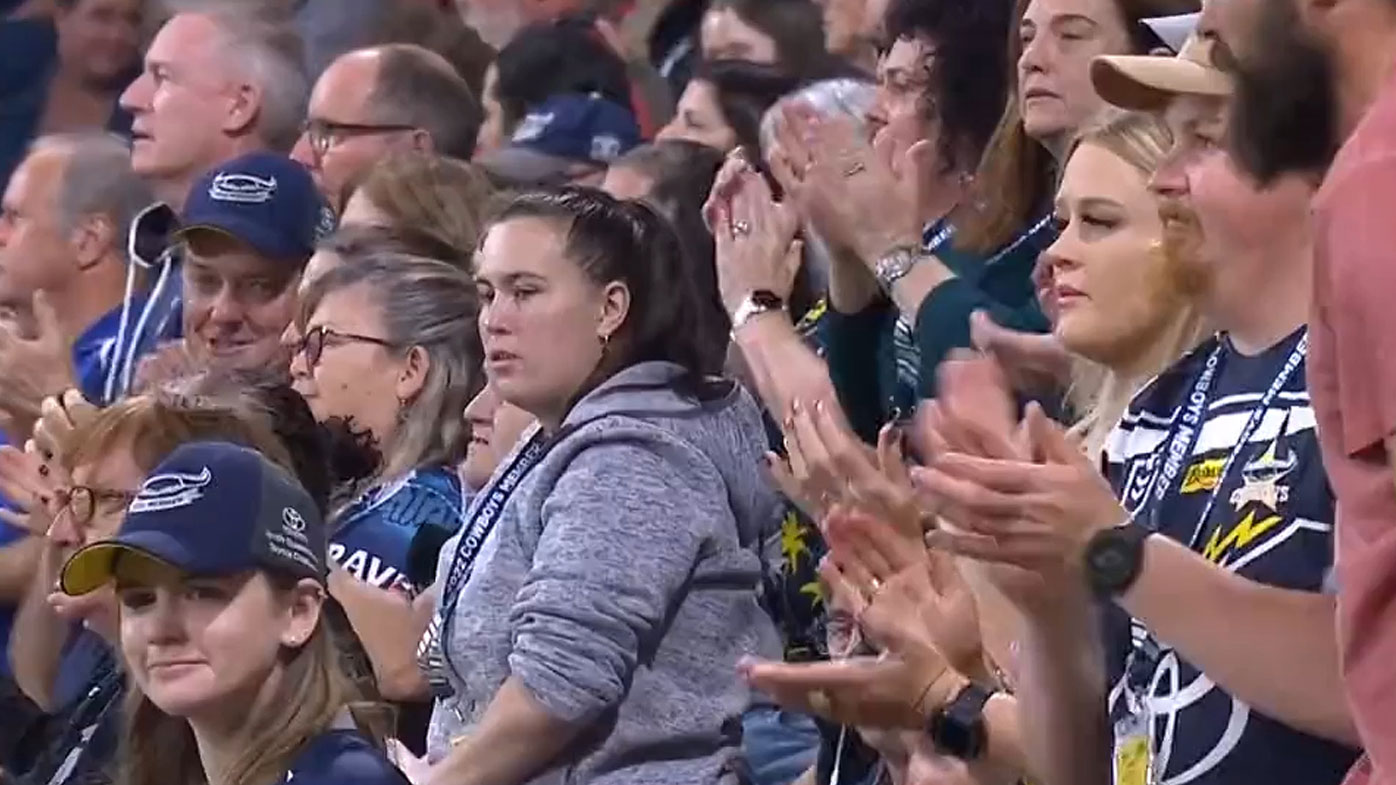 Speaking after the match, Cowboys captain Chad Townsend described what it was like being in the middle of the celebration.

“You could hear it in the background – obviously in the thick of a game you’re focused on what’s happening in the game – but I did faintly here it,” he said.

“The recognition for Paul Green and what he did at this club is amazing. He’s left a lasting legacy and I thought it was a really great touch from the club and the fans tonight.”

The supporter-led tribute occurred in addition to a minute’s silent pre-game as the Cowboys played their first match at home since Green’s death.