When Latrell Mitchell is running hot he is arguably the most destructive footballer in the NRL.

And a moment of brilliance from the South Sydney fullback left legendary No.1 Billy Slater speechless on Thursday night at Accor Stadium.

The Bunnies were trailing 12-4 before half-time and play seemed to be moving relatively slowly, before Mitchell produced a pass no one — except Cody Walker — saw coming.

In one swift motion Mitchell caught a pass, absorbed contact by two Penrith defenders and somehow managed to flick the ball out to Walker, who only had to latch on and scoot away for a try.

“Is there a better partnership in the game?” Nine caller Mat Thompson asked, referencing the two Bunnies stars. 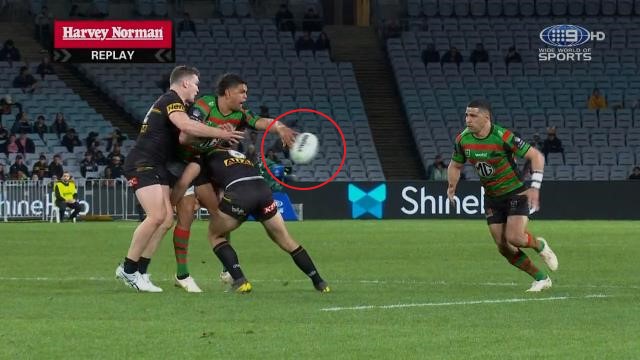 “I don’t know what to say,” Slater said.

“There was nothing really happening … Latrell Mitchell engages two defenders, and then a flick over the top to Cody Walker.”

“I don’t think super slo-mo actually shows how quickly (Mitchell) got into contact, got the ball up and threw the pass,” Johns said. 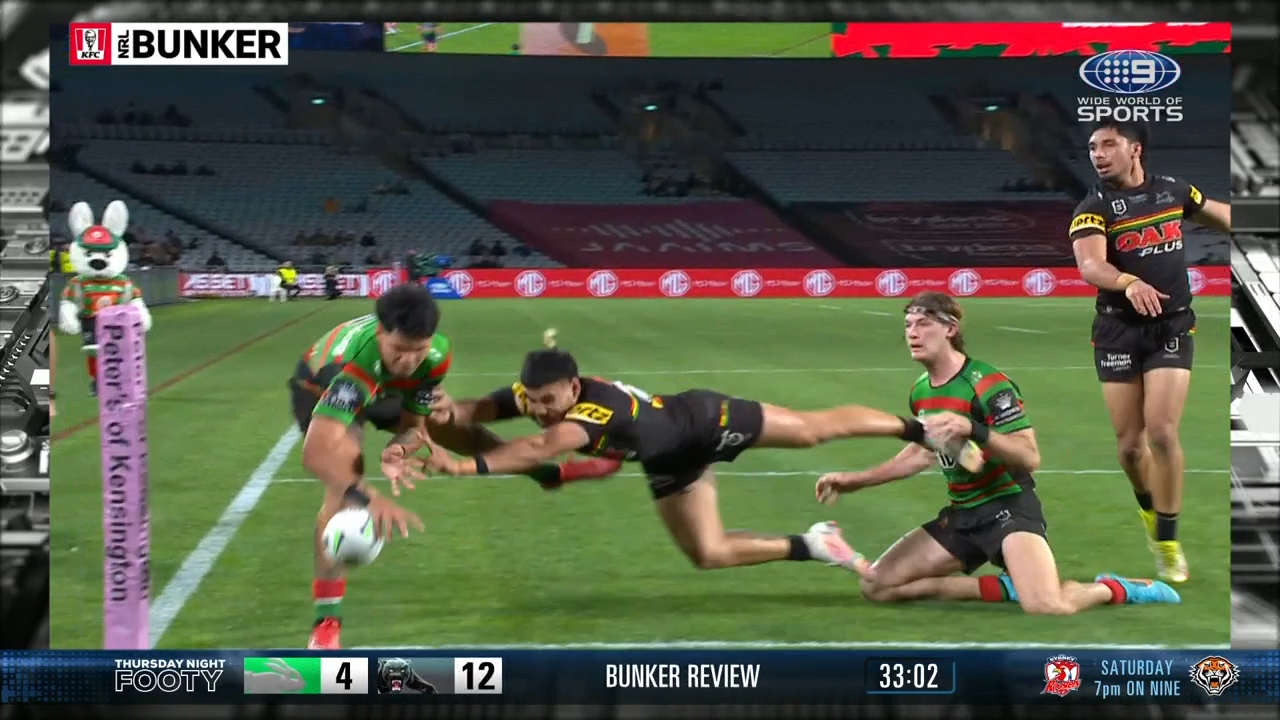 “That happens so quick.”

Mitchell missed 10 rounds of the season in order to get a troublesome hamstring into shape, but since his return the Rabbitohs have been on a tear.

They are now back in premiership calculations thanks to their hot form, and that of the superstar fullback.

The Panthers won Thursday night’s clash, though, clinching a 26-22 victory thanks to a late Liam Martin try.