Rugby league legend Brad Fittler expects the wobbling Brisbane Broncos to face a stern examination when they host Melbourne on Friday night, tipping three players in particular to get worked over by the fourth-placed visitors.

The Storm travel to Brisbane buoyed by the return of star halfback Jahrome Hughes, who will bolster a backline that boasts the dangerous Cameron Munster in a floating role from fullback.

That’s assuming the superstar playmaker ends up playing there, with coach Craig Bellamy clarifying that Munster would be injected into the Storm line-up wherever would best serve the team based on their opponent.

On Tuesday Munster was named to partner Hughes in the halves, with Nick Meaney in the No.1 jersey.

However it has since been widely speculated that the multi-positional superstar will revert to fullback, where he tormented the Titans in a stunning performance a fortnight ago.

Should that be the case, Munster will have a licence to turn up wherever an attacking opportunity presents itself and Fittler tipped that to spell trouble for the right edge defence of Adam Reynolds, Kotoni Staggs and Selwyn Cobbo.

“I think the Broncos’ attack will be stronger than the Panthers were. I also think the Broncos’ right side defence – Reynolds, Cobbo and Staggs, I think it’s a real test for them,” Fittler told Andrew Johns for Wide World of Sports’ Freddy and The Eighth’s Tips.

“Hughes is back. It’ll be interesting to see what they’ll do with Munster. They’ve got him named at 6 again, but they say he’ll play fullback.”

If Munster and Hughes manage to combine off the back of quick play the balls, the Broncos will need their best defensive effort to defend their try line.

Should they crack they might find it difficult to score enough points to overcome the visitors, with Johns purring over the Storm’s defensive effort in their 16-0 shut-out of Penrith at BlueBet Stadium last Thursday. 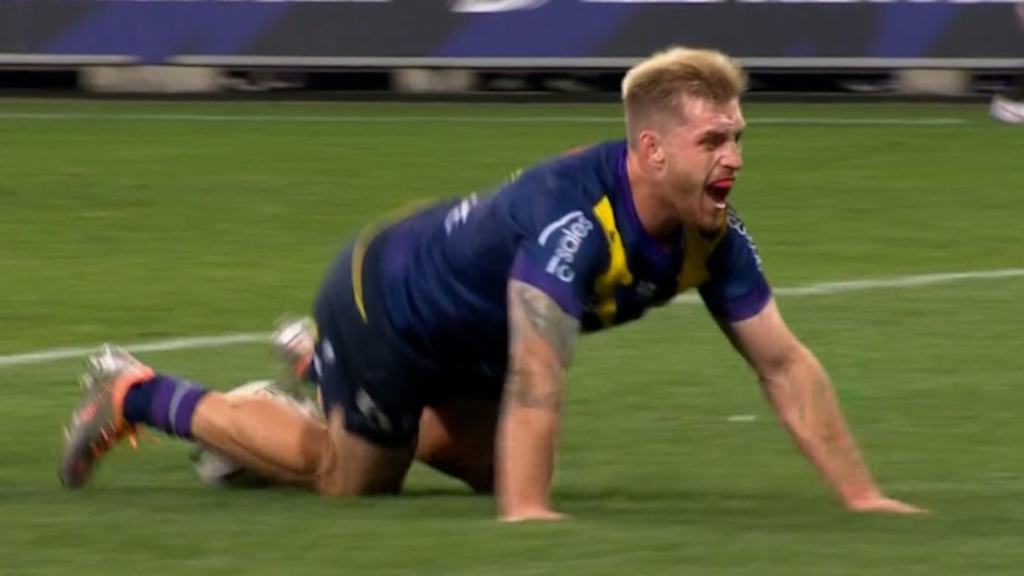 Both Fittler and Johns tipped the Storm to win at Suncorp, in a result that would leave them four points clear of the Broncos with just two games to play and go close to cementing a top four finish.

Scroll below for the current leaderboard and Round 23 tips by Andrew Johns and all Nine’s expert tipsters! 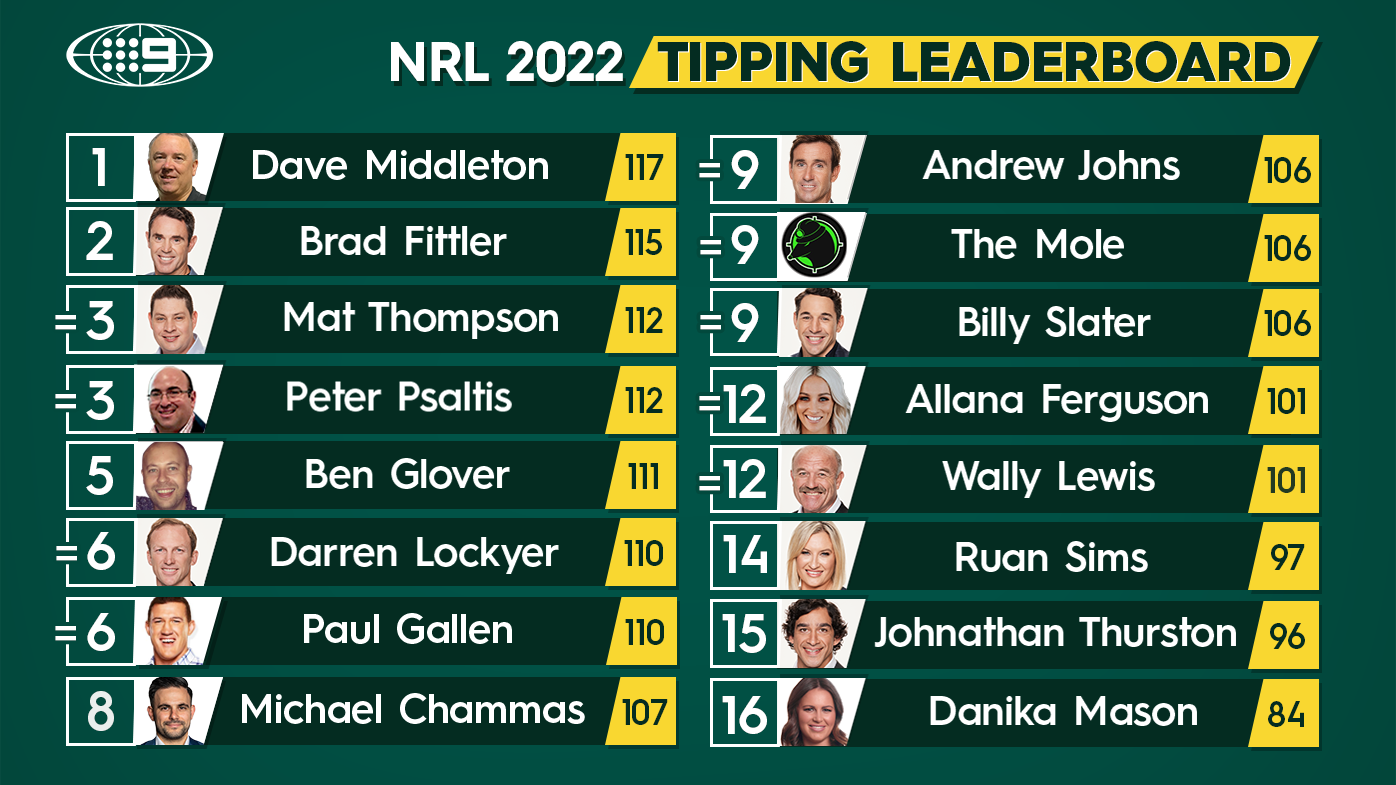 NRL locks in grand final, but only for one year