Manly players are defending backrower Haumole Olakau’atu amid claims he may have used a gang sign as celebration during last week’s game.

Olakau’atu scored a try against Gold Coast and then used his hands to seemingly form the numbers six and one – allegedly signifying the 2161 postcode of Guildford.

It’s the Sydney suburb where he grew up, along with former Sea Eagles hooker Manase Fainu, who was last week jailed after being found guilty of stabbing a Mormon church leader in 2019.

After motioning the numbers, Olakau’atu put his wrists together, seen as a symbol of being in handcuffs. 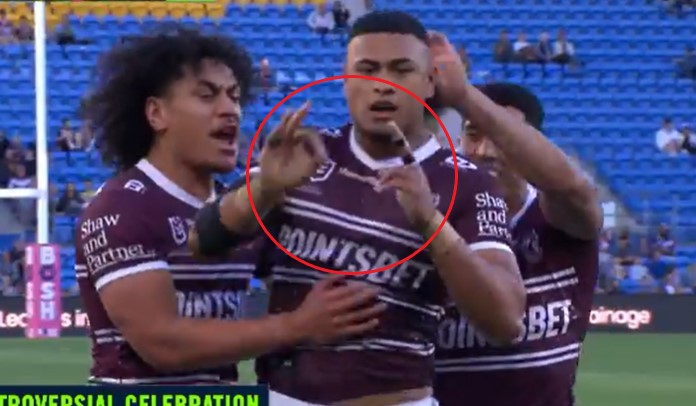 The NRL spoke to Manly officials about the try celebration this week, and whether it had any gang affiliation. The NRL also reportedly contacted the Warriors, whose prop Addin Fonua-Blake also showed support for Fainu.

Manly teammates acknowledge Olakau’atu was showing support for Fainu, but deny there was any more sinister meaning in the gesture.

“I don’t think what Haumole did was a gang sign, it was deadset for (Fainu). I can see why he’s done it because you want to help people get through tough times.”

Manly veteran Kieran Foran was not concerned by the try celebration. 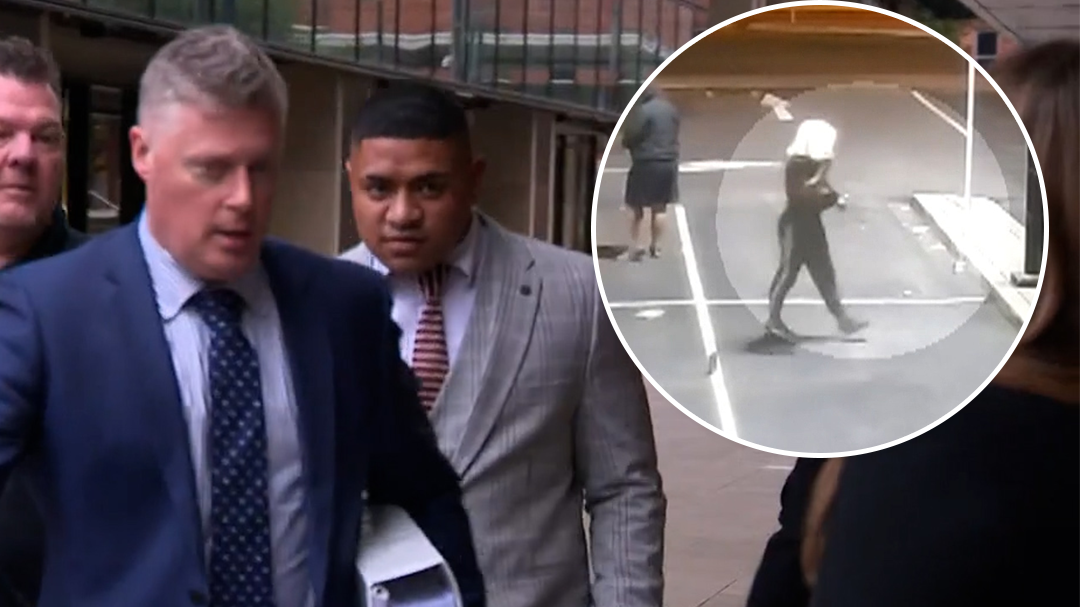 “The concern from the NRL is you have to be careful on what sort of platform you do that. There has been a lot of postcode wars going on and people have lost their lives,” Foran said.

Olakau’atu was one of seven first-grade players who refused to wear a rainbow-adorned jersey last month, instead choosing to make himself unavailable to play against the Roosters.