Fuming Souths ‘give up’ on controversial rule

Souths coach Jason Demetriou expressed frustration with the no-obstruction call for Dylan Edwards’ try in his side’s 26-22 loss to Penrith but lamented his team’s defence in the dying moments more.

While a penalty conceded by Latrell Mitchell and a try to Penrith’s Liam Martin helped Penrith seal the win late, Edwards’ try off a scrum play in the first half left the first year NRL head coach bewildered, although he was adamant the Rabbitohs’ defence was not up to task.

In the lead-up to the try to Edwards in the 28th minute, Souths halfback Lachlan Ilias was taken out by Penrith’s lead runner Izack Tago on his outside shoulder.

However, the Bunker ruled that Ilias would not have made the tackle and that Campbell Graham made the wrong decision to come in, which opened the gap for Edwards to score.

“I don’t know, I honestly give up trying to figure out what that rule is,” Demetriou said.

“He stops in the line and there is no effort or way Lachie (Ilias) can get off that.

“But we conceded 26 points and we shouldn’t be conceding 26 points in a game when they are missing their two most creative players, so a few blokes missed their assignments in defence tonight and that’s what cost us.”

“It is probably three or four games this year we have lost by a point or in the dying stages where we have come up with individual errors and off the back of that conceded points, so it something we need to fix going into the big games.”

Souths winger Jaxson Paulo had an off night with his hands but the coach refused to heap all the blame on the young flyer.

“We will sit down and have a conversation, but against the best teams that is the level that you have got to get to,” Demetriou said of Paulo’s game.

“As a young bloke you understand every error makes a difference and has an impact on the game.

“But I still think we should have defended better. Liam Martin scores a barge over to win the game. We have got to nail that. 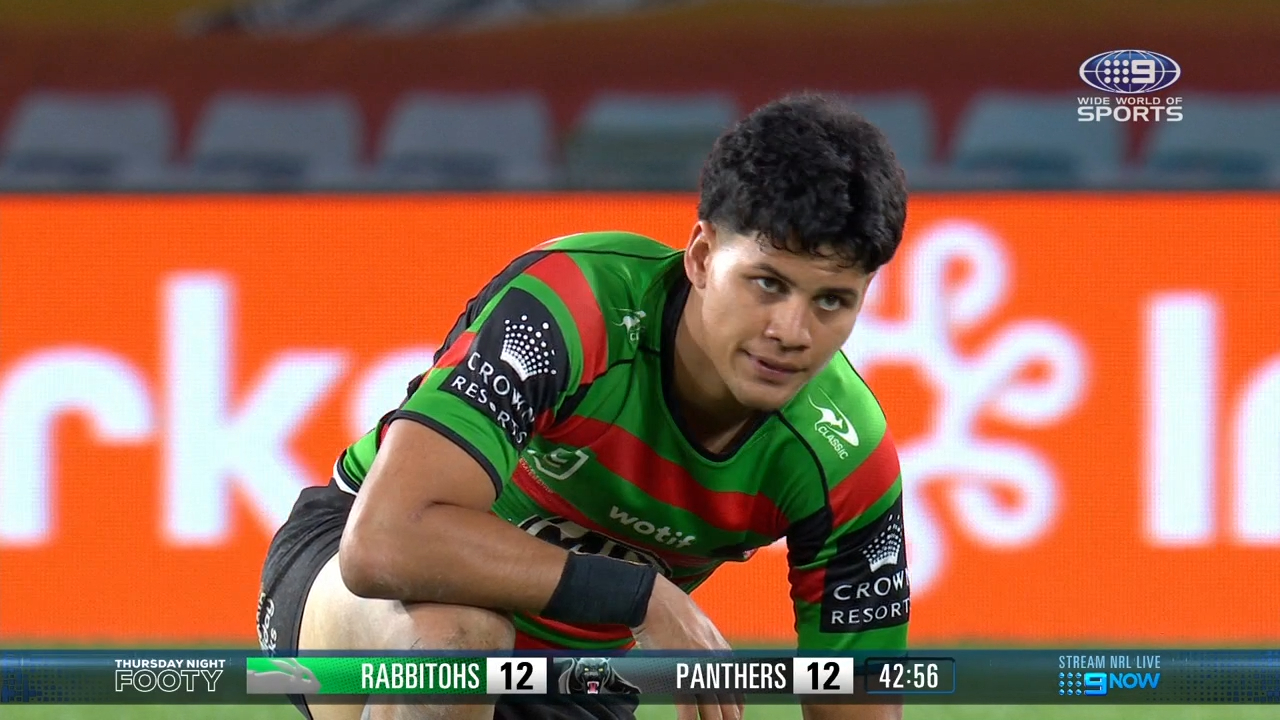 “That’s a tackle that we should make and we don’t make it.”

Despite the hiccup, Demetriou still has belief in his side.

“I’m not worried about it because we are playing against a team with some fairly good players in it,” Demetriou added.

“There was still four or five Origin players out there for Penrith and every one of them played well.

“I’m not disheartened, but it did give us a lesson on the level we need to get to if we want to be in the big dance at the end of the season.

“I thought we went away from our processes a little bit and what works for us.

“But we got ourselves into a position to win the game with three minutes to go and we just didn’t ice it.

“In the end it was defensive lapses and an error that cost us.”