Five-year deal for star who was dumped to reserves

Richmond defender Daniel Rioli will remain in the yellow and black for at least another five seasons after committing to a new deal with the club.

The three-time premiership player has re-signed with the Tigers until 2027 after last season being dumped to their VFL side.

The 25-year-old has has played 135 senior games since being selected with Richmond’s first pick in the 2015 draft. 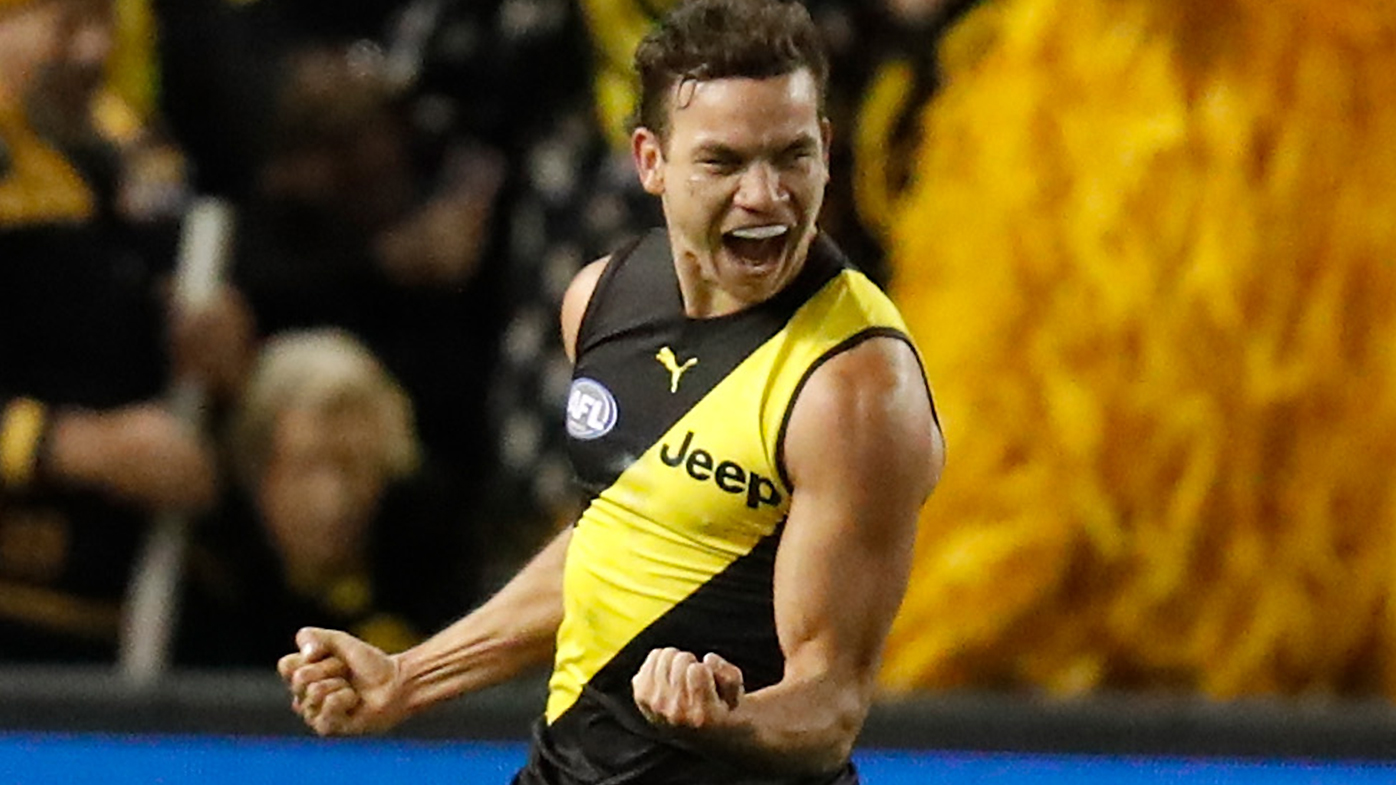 Rioli kicked-off his career in the Tigers’ forward line before transitioning to defense last season. He has since cemented his spot in the team’s first choice back six with a string of top performances this year.

Committing his long-term future to Richmond, Rioli said it was incredible to pledge himself to a club he feel so strongly connected to.

“It’s awesome, I am basically a Tiger for life now and I would not want to be anywhere else,” he said.

“Walking into the Club every day and seeing your teammates and all the brother boys I have formed strong ties with, it is pretty special.

“You get to see all your best mates, and you do not get to do that anywhere else. Probably the (other main) reason I signed as well is because I know the future is looking bright for us.

“My little uncle Maurice is coming through now as well; playing alongside him is something I never thought I would get a chance to do, it is a dream come true.”

Richmond’s General Manager of Football Talent Blair Hartley acknowledged that Rioli’s new contract was a reward for his hunger and willingness to transform his game.

“Daniel has worked extremely hard since first coming to the Club and has been rewarded with success across the journey,” he said.

“He has moved to a new role across half back and has fully embraced that challenge. Daniel has worked hard behind the scenes to take his game to another level, which is a credit to him.

“We are delighted Daniel has committed his long-term future to Richmond and are excited about how he will continue to grow as a footballer, person, and leader across the next five years.”