Tim Tszyu is in awe of Paul Gallen‘s courage as he prepares for his double-fight blockbuster, but the champion boxer reckons Justin Hodges is set to give the Cronulla Sharks legend “a bit of strife”.

The Australian super-welterweight megastar has weighed in on Gallen’s September 15 mega-mission in Brisbane, when the New South Wales Blues great will square off with former Queensland Maroons representatives Hodges and Ben Hannant on the same night.

“I think it’s ballsy by Paul to take on two opponents. It’s going to be a tough one,” Tszyu said. 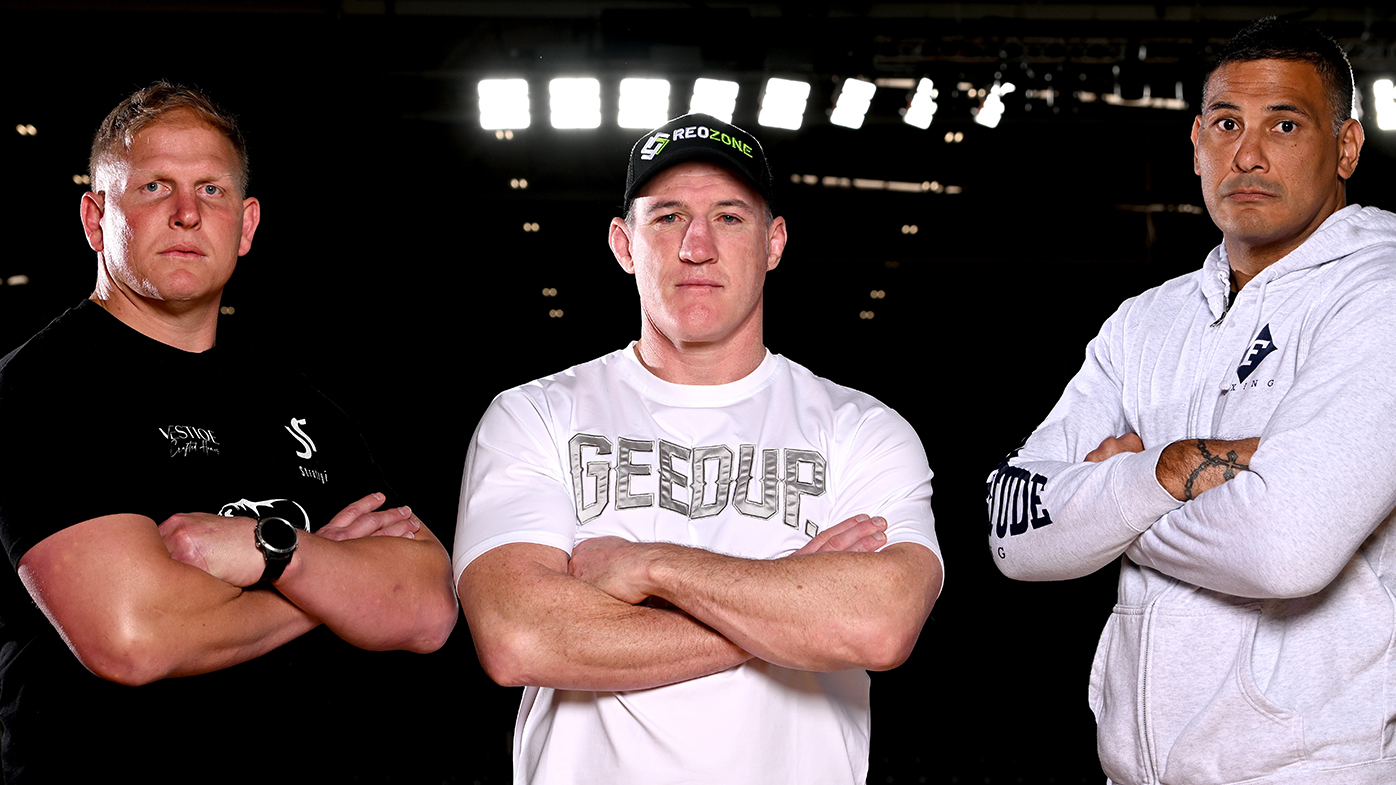 “Hodgo’s going to give him a bit of strife, as well. It’s not going to be easy.

“Hannant, on the other hand — I don’t know too much about him but I think Gal’s got him covered.”

He fought two elite bouts on one night in 1890 — a feat he tackled three times that year.

“It’s a tough gig, man … I do it in sparring. We bring four opponents in, swap them, rotate them,” Tszyu said.

“He’s doing it in an actual fight where adrenaline goes up and then it goes down. See how he reacts to that.

“It’s going to be interesting, man. I’m curious on how he’s going to do this.”

Gallen wanted to jump in the ring for his second fight straight after the first, but officials said an hour must be scheduled between the two bouts.

The 41-year-old is hoping to improve his professional boxing record to 14-2-1 in the Origin-themed epic.

“He fought Justis (Huni). Stayed in the pocket, went nearly the whole distance. Justis is an exceptional fighter. He mixed it up with him and he’s just a rugby (league) player. Decided to give boxing a go. There you go.”