Serena Williams has sunk to a four-year low in her straight-sets thrashing at the hands of Emma Raducanu in Cincinnati.

In what commentators touted as her best performance since her US Open win last year, Raducanu made just one unforced error and broke Williams five times on her way to the 6-4 6-0 drubbing.

In just her third match in the past 13 months, Williams made four double-faults, 19 unforced errors, and won just 67 per cent of her first serves.

It was the first time Williams had lost a set to love since San Jose in 2018, where she suffered the biggest loss of her career – a 6-1 6-0 loss at the hands of Johanna Konta.

Raducanu broke Williams in her first two service games of the match to race out to an early 3-0 lead, before Williams got one back midway through the set.

Raducanu was well on her way to getting that break back when up 0-30, before Williams – in her first match since announcing her retirement from the sport – served herself out of the hole. Raducanu sent down one of five aces to close out the first set. The second set was all one-way traffic. Williams never got a look in as Raducanu played out of her skin to win the set to love.

After the match, Williams gave the crowd a brief wave before immediately leaving the court.

It was the first time the pair had faced each other.

In her post-match interview, Raducanu said it was an “honour” to share the court with an idol.

“I’m so grateful for the experience to be able to play her, and for three years to have (our careers) crossed over,” she said.

“Everything she’s achieved is so inspirational and yeah, it was a true honour to share the court with her.”

The crowd, which included Naomi Osaka, who had earlier suffered her own straight-sets loss to China’s Zhang Shuai, was heavily pro-Serena – something the 19-year-old had not missed. 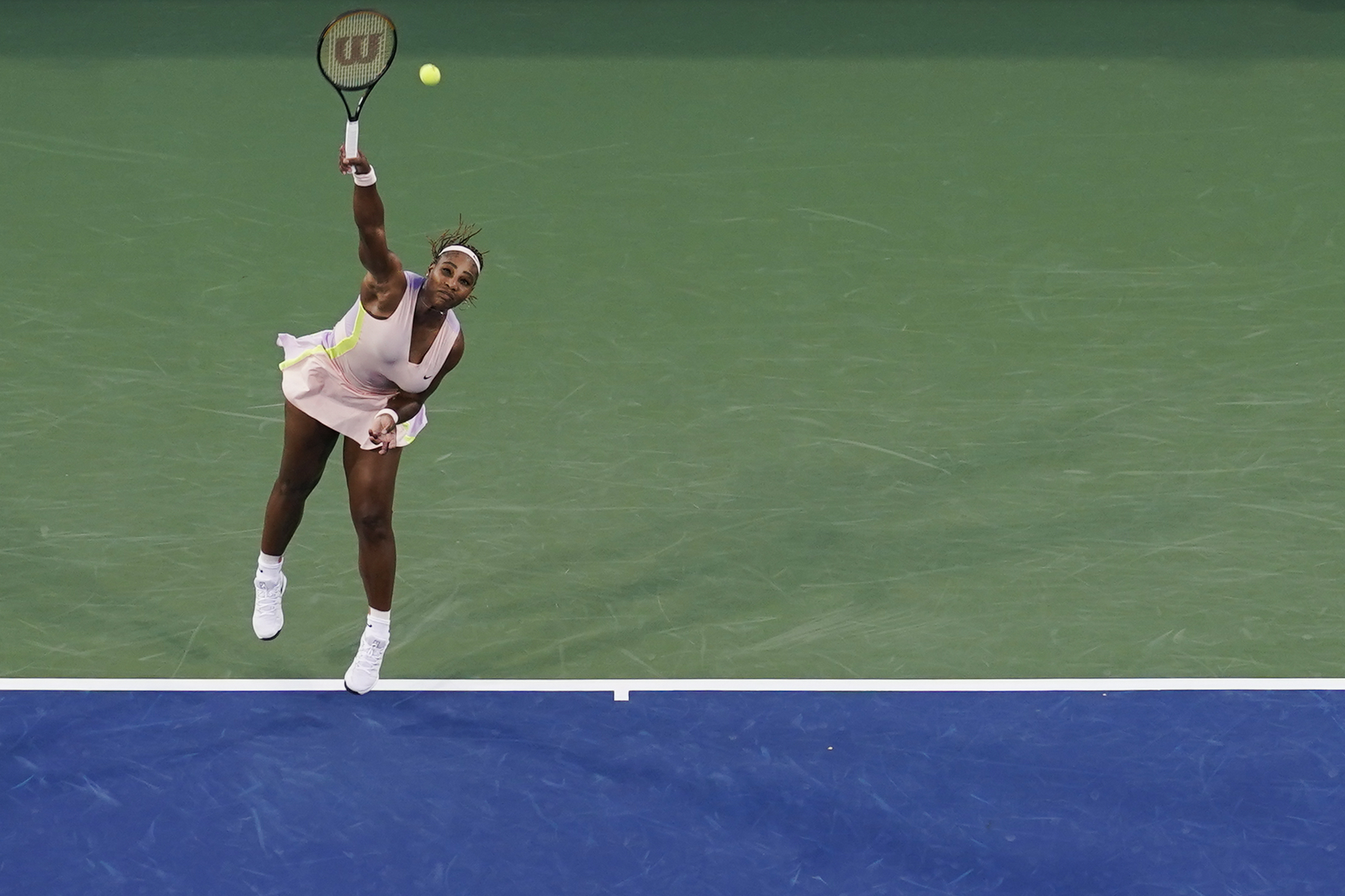 “When you guys were cheering for her, I was like ‘you know what, all for it’,” she said with a laugh.

“I was nervous from the first point to the last point because I know what a champion she is – she can come back from any situation so I really had to stay focused.

“I’m just so pleased that I managed to keep my composure.”