At this point any small glimmer of hope is worth hanging on to for Manchester United and they would have seen it in a reckless moment from Liverpool’s new centre-forward signing Darwin Nuñez.

Nuñez showed he can be an X-factor for the Reds at Craven Cottage last week, but his first game in front of the Kop was thrown out the window after a moment of madness.

With Liverpool already struggling to respond to a wonderful counter-attacking goal by Zaha, the last thing the Reds needed was to be a man down. Nuñez, possibly frustrated at his lack of ruthlessness in front of goal, responded to provocation from Palace’s centre-half Joachim Andersen in the second half.

The daunting Uruguayan lost his head, receiving a straight red card for a headbutt that sent the 193cm Dane to the floor clutching his face.

For the second time in two weeks, title challengers Liverpool had to come back from a goal down to settle for a draw – this time in significantly tougher situations. 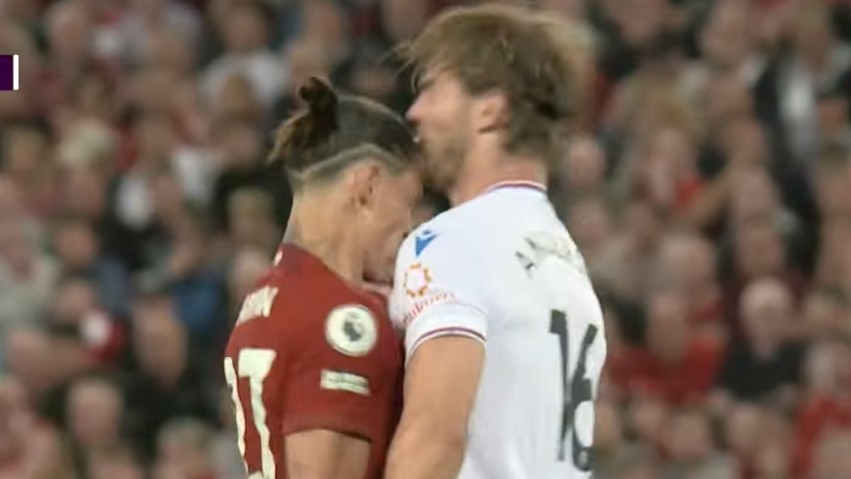 Jurgen Klopp’s side seem to have lost a key ingredient to its recent success, struggling to find that consistent rhythm and killer instinct that we’re so used to seeing. In fact, from the 24 shots they attempted against Crystal Palace, only four troubled Guaita’s goal.

The three big chances that Liverpool created were not taken. Klopp will be ripping his hair at the thought of dropped points at the hands of an attack that failed to demonstrate any ounce of their usual cutthroat attitude.

It was a moment of brilliance from Luis Diaz, who delicately danced past five Palace players to curl an equaliser into the far top corner that saved the day. Inspired.

The funny part about all of this is how quickly things can go from good to bad and back to good again – and Manchester United will be keeping that in mind when Liverpool visit Old Trafford next week, only needing a win to go above them in the table.

‘When you shake hands, you look into their eyes’

When it comes to Chelsea – Tottenham matches in recent times, drama isn’t usually far away.

Unlike previous instalments, the occasion was almost entirely overshadowed by total passion induced chaos on the sideline, with Antonio Conte and Thomas Tuchel the instigators of a tense touchline clash.

The pair went neck-to-neck on several occasions, spilling their frustrations outside their own technical areas. 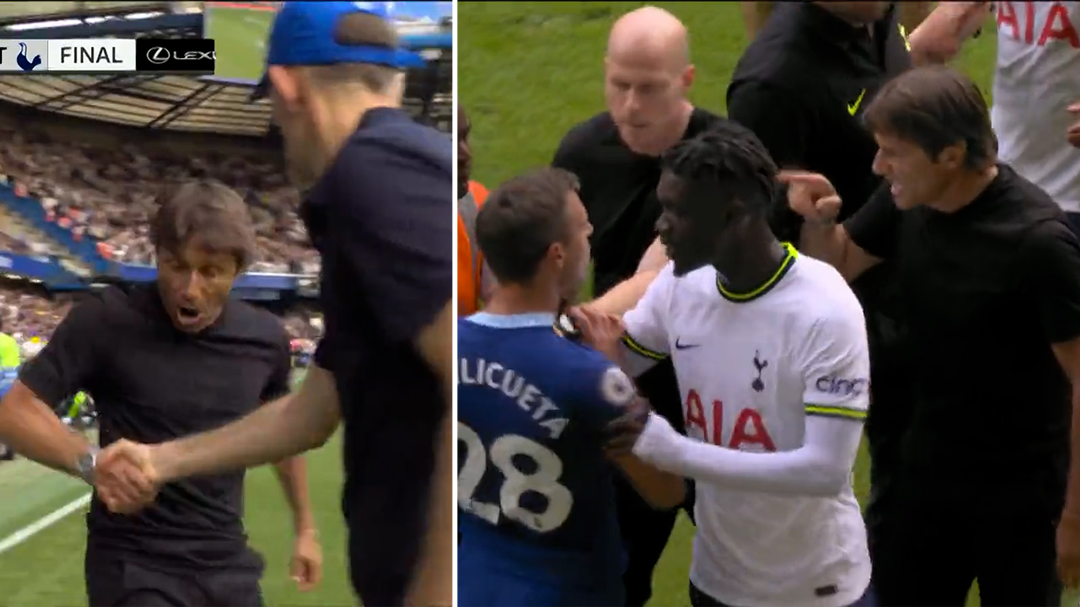 It was a Hojberg equaliser and a raucous celebration from Conte directed straight towards the opposing bench that initially riled the German, who went head-to-head with the roaring Italian — both ready for war.

And with every encounter, Stamford Bridge grew louder.

It took a second Tottenham equaliser in the 95th minute to completely tip all the oil into the proverbial flame.

Two points stolen from right under Tuchel’s nose didn’t quite sit right with him, and he made that abundantly clear.

The final whistle was met by jeers, whistles and a handshake between the two managers that nearly led to another scrap. Both were eventually separated and handed red cards for the altercation, Tuchel later explaining: “When you shake hands, you look into their eyes.”

‘Battle of the Bridge 2.0’ certainly lived up to the hype, in a game that delivered moments of sheer passion, quality, competition, and even a screamer of a volley from centre-half signing Kalidou Koulibaly.

The Premier League is well and truly back!

Last week’s loss to Brighton was already quite terrible by Manchester United’s standards, but this weekend’s thrashing at the hands of “little Brentford”, as Brentford manager Thomas Frank would say, was an utter disaster.

From the sidelines, Erik Ten Hag looked devoid of inspiration and hope. He’d been blessed with a squad teeming with talent, yet seemingly, with no ambition to work.

Again, the focal point in this United side is a man who, it seems, would rather not be in Manchester at all, and after this result, who would be surprised to see Cristiano Ronaldo leave? 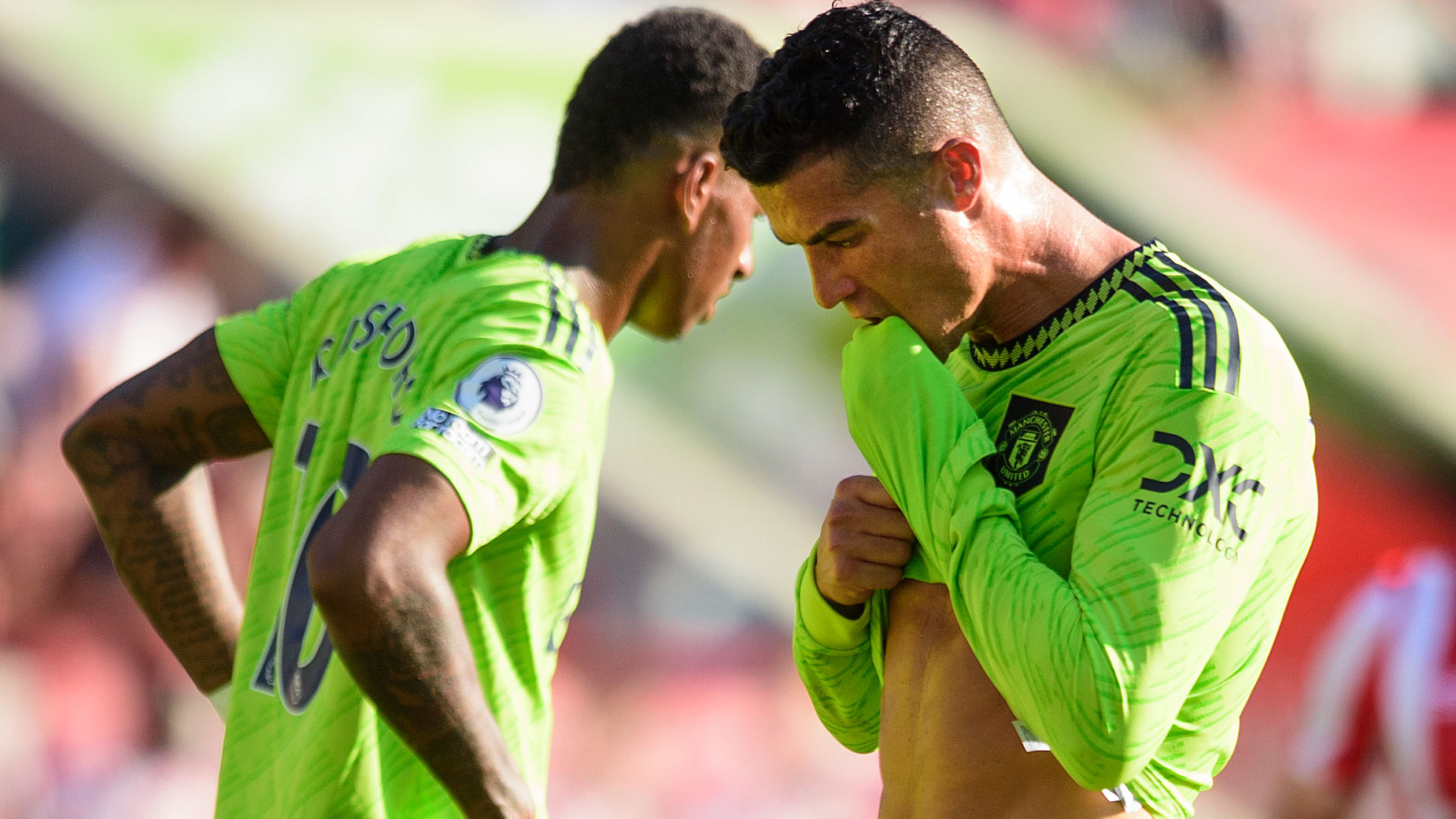 All credit to Brentford, however, who were absolutely relentless in the press and with their finishing.

They capitalised on an early howler from De Gea who just let it roll past him into the goal, and the momentum shift from there was simply far too powerful.

Four goals and a clean sheet at home to top off a thoroughly convincing result for The Bees, in what Gary Neville has labelled a “new low” for his former club.

In defence of Ten Hag, a lot of United’s woes can be attributed to something so plain and simple as attitude. Body language translates, and when Ronaldo, a legend of the game, and a leader in this side flails his arm to the side every time something goes wrong, his teammates notice. 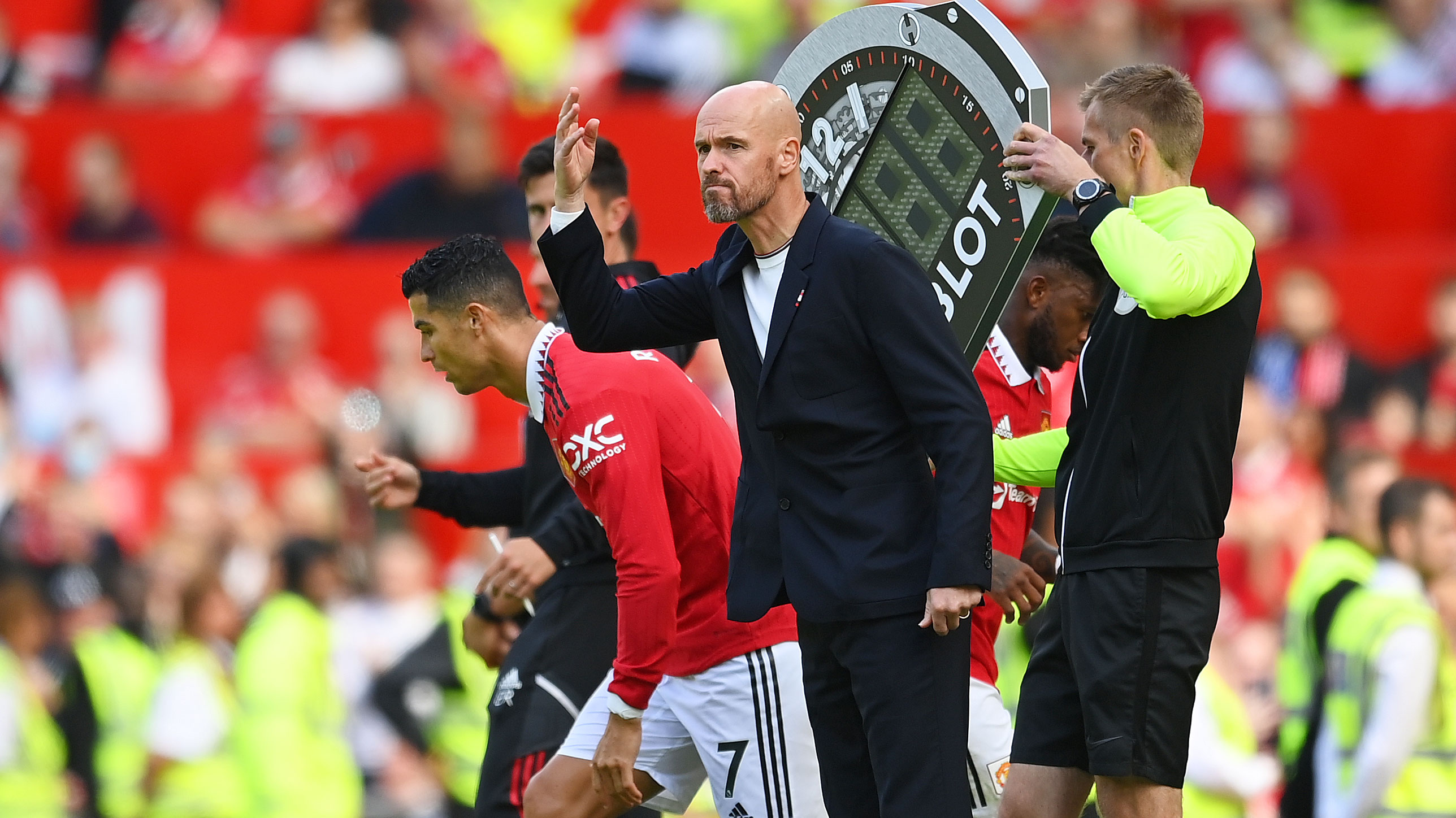 Who can blame him? He’s a winner, used to dominating leagues and collecting silverware like home crockery. But Manchester United are nowhere near that standard yet.

They’re very much in the beginning stages of a complete overhaul, and 37-year-old Ronaldo will be dreading the thought of another precious season without European football and without titles.

Jesus off the mark

Gabriel Jesus is off the mark – and what a way to do it!

At the centre of an exciting Arsenal frontline, the Brazilian feasted on Leicester.

A lofted curler beyond a helpless Danny Ward kicked off the proceedings in what would be a performance that oozed class. 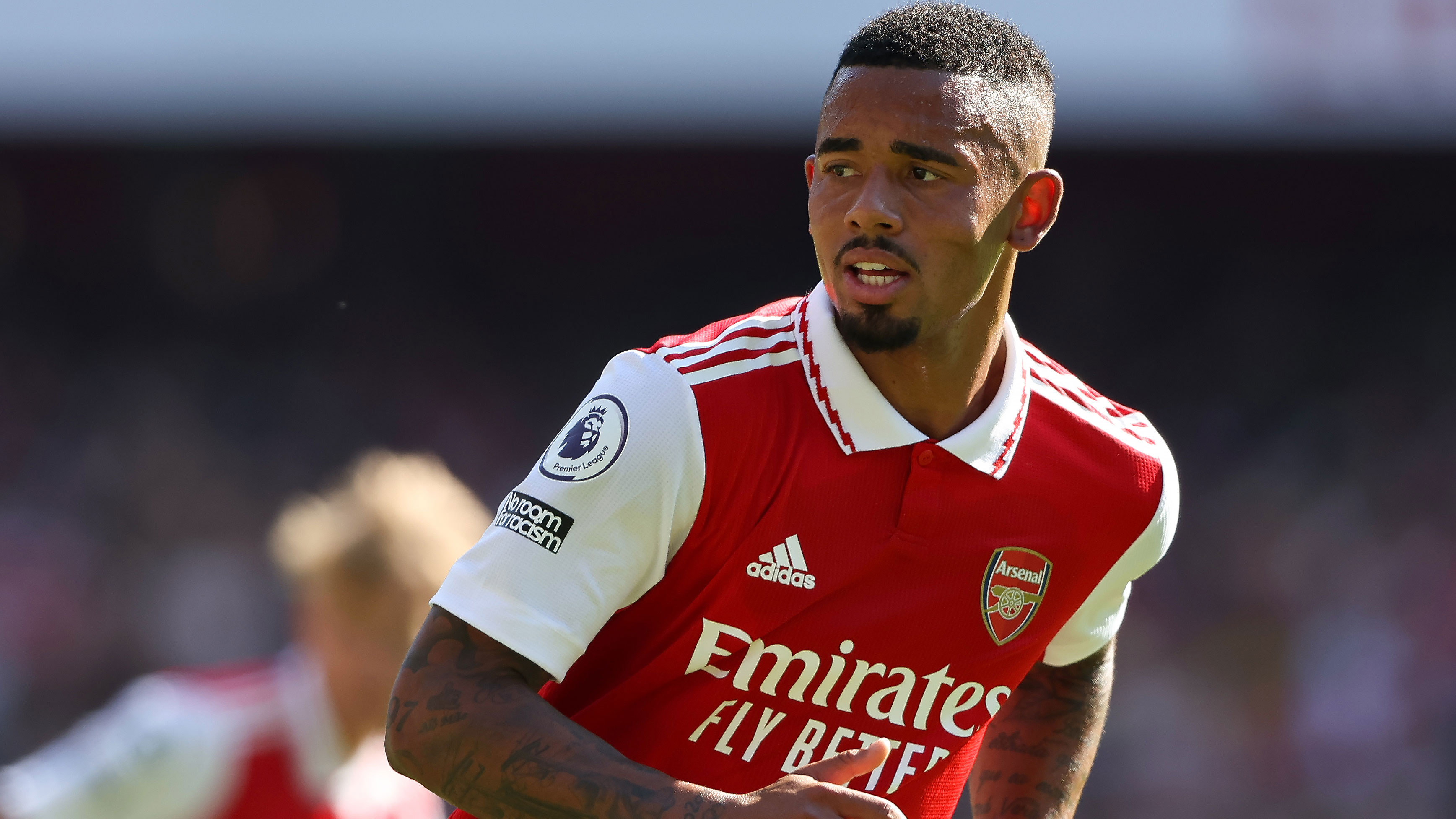 It only took a further ten minutes to grab his second, instinctively prowling at the back post where he only had to head it in from a yard out following a whipped in corner.