There were never high hopes held for Newcastle this season, but it’s fair to say things have gone even worse than expected.

With no established halfback replacing Mitchell Pearce, and hooker Jayden Brailey missing half the season through injury, it would have been a brave man who backed the Knights to win the title, or even go close.

The recruitment of Dane Gagai briefly stirred some excitement in success-starved fans but he hasn’t filled the most pressing void in the club’s roster.

Leadership is still their biggest issue.

The Knights haven’t had a strong on-field leader for a long time. Pearce was booted from the captaincy before the 2021 season began when he was caught exchanging flirty text messages with a club staffer. Less than 12 months later he exited the club with a year to run on his contract. 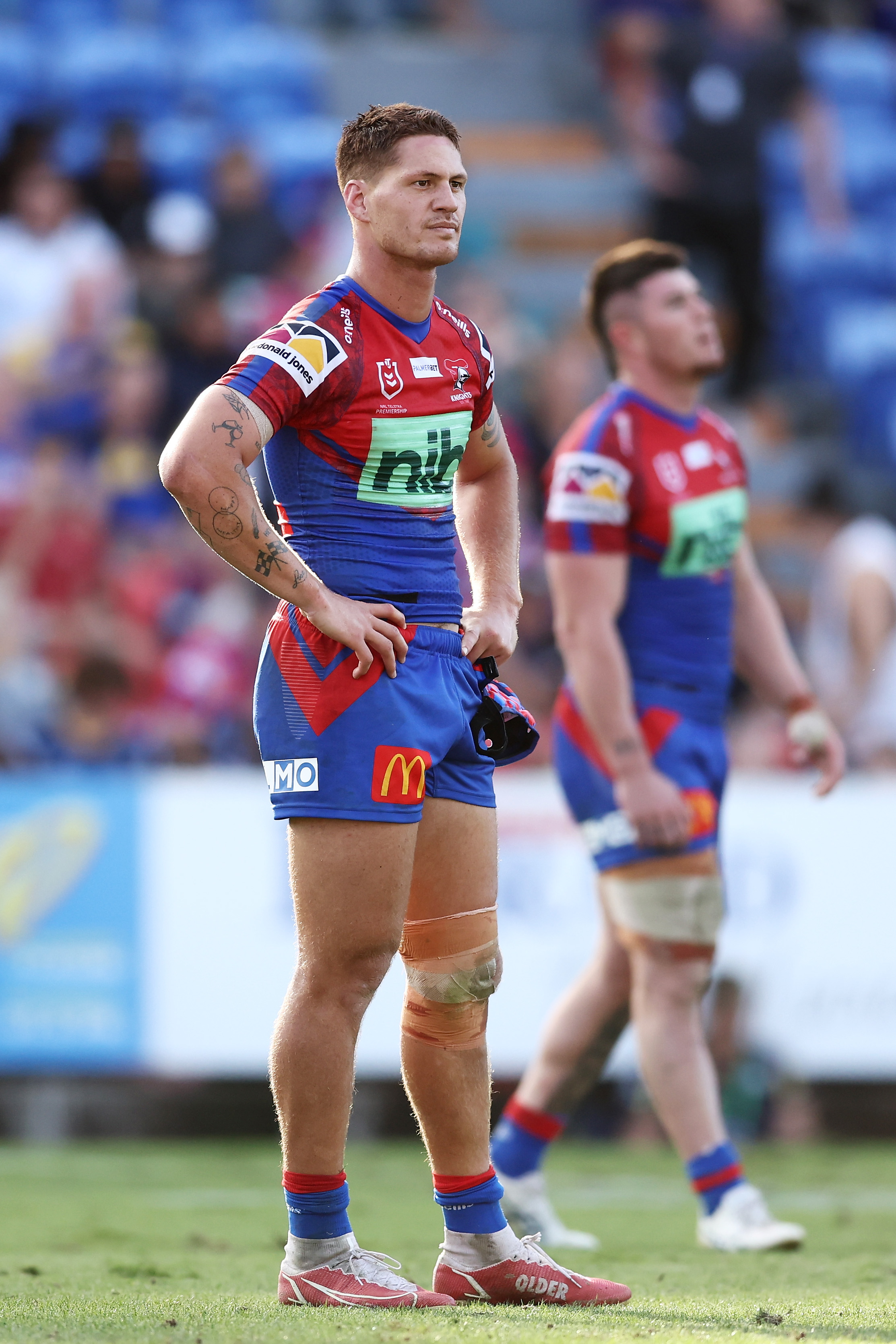 Kalyn Ponga was elevated to a leadership role too soon, as evidenced by at least two incidents this season.

In May he gave a post-game interview to Fox League after a 50-2 thumping at the hands of Melbourne, which league legend Greg Alexander labelled “embarrassing”.

Now he is in strife after footage emerged of him being kicked out of a pub toilet alongside teammate Kurt Mann, who are both currently on the injured list.

The fact that happened while the Knights were being towelled up by the Broncos raises questions about his fitness for that role.

Ponga is an outstanding footballer, but that doesn’t mean he also qualifies as captain material. Plenty of good athletes don’t naturally adapt to leadership roles.

The problem for the Knights goes deeper than Ponga. If Peter Parr and Adam O’Brien decided to stand him down from the role it’s difficult to place an obvious successor. Brailey may develop into a strong captain but he’s only 100 games into his career and has spent two of his three seasons in the Hunter sitting in the casualty ward. 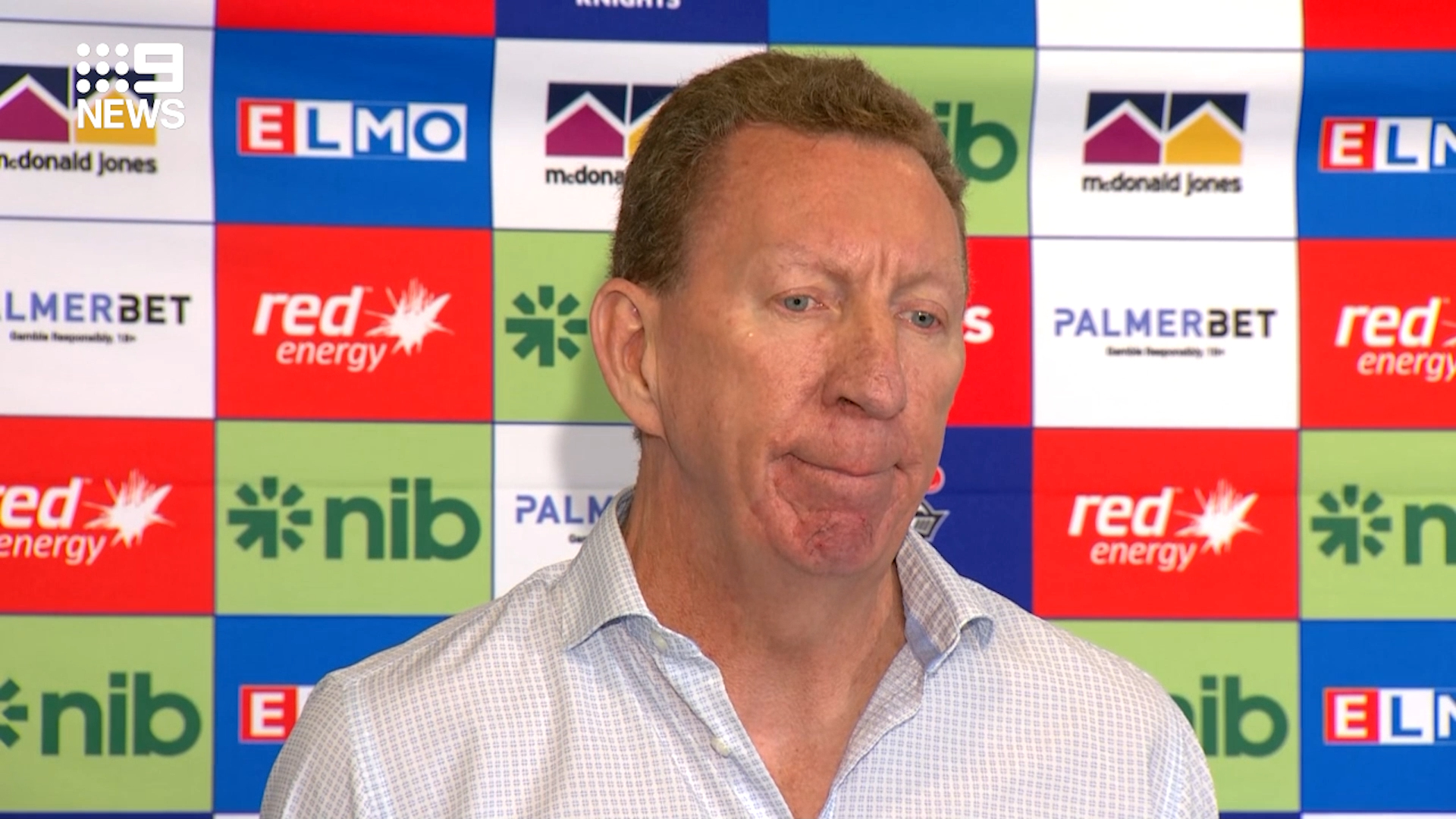 David Klemmer is the most experienced but was stood down a fortnight ago for a fiery exchange with team trainer Hayden Knowles, and before that he tried to leave the club mid-season to join Parramatta. Klemmer is free to negotiate with rival clubs from November 1 and his days at the club appear numbered.

Gagai and Tyson Frizell are Origin players and certainly have a presence among the squad, but are they the type of personalities to carry the team on their back when needed?

The Knights need one player who can drive standards and pull his teammates into line on the field. As it stands there’s 13 players on the field at any one time, all looking around for someone to tell them what to do, and not seeing it.

Brisbane had the same issue last year, and the year before that. So what did they do? Brought Adam Reynolds to Red Hill.

Now the raw talent at the Broncos is complemented by an experienced, calm head giving them much-needed direction in real time. 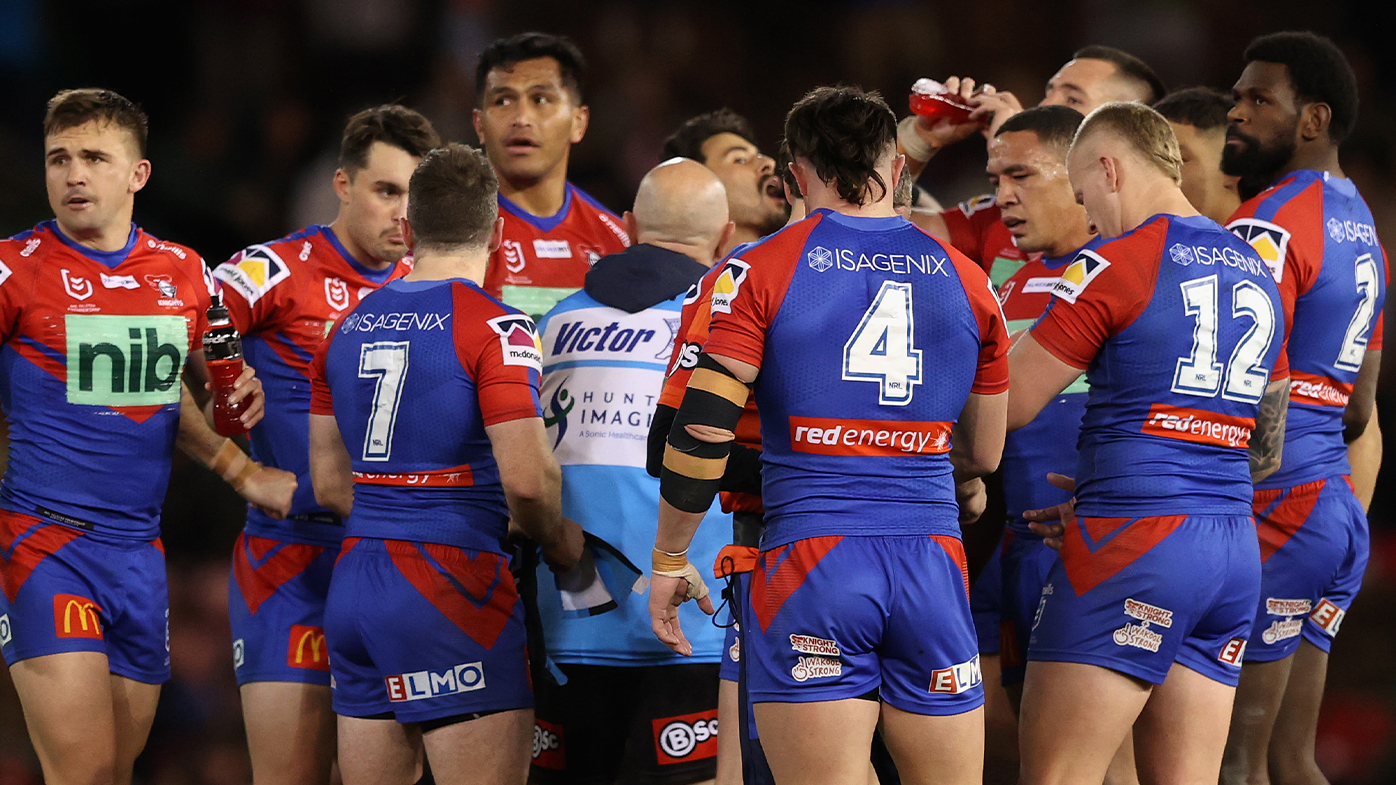 The Cowboys did the same with Chad Townsend. The Sharks added Dale Finucane – a born leader – to complement Wade Graham’s voice, as well as Nicho Hynes who is developing into a leader in his own right.

Those three clubs have improved significantly this season on the back of some smart recruiting.

Even Canterbury is benefiting from the addition of Josh Addo-Carr, who was seen yelling at his teammates “this isn’t a f—ing break” during a stoppage in a game earlier this season. It may seem small but it points to the overall attitude and discipline of a football team.

The Knights desperately need someone who will yell – with or without the added expletives – at the players when it’s what is best for the team. Reports are they’re sick of hearing it from the coach, and Ponga has never come across as someone prepared to dish out uncomfortable home truths.

The smartest buy Newcastle has made in years is the addition of Parr as the club’s new football boss. 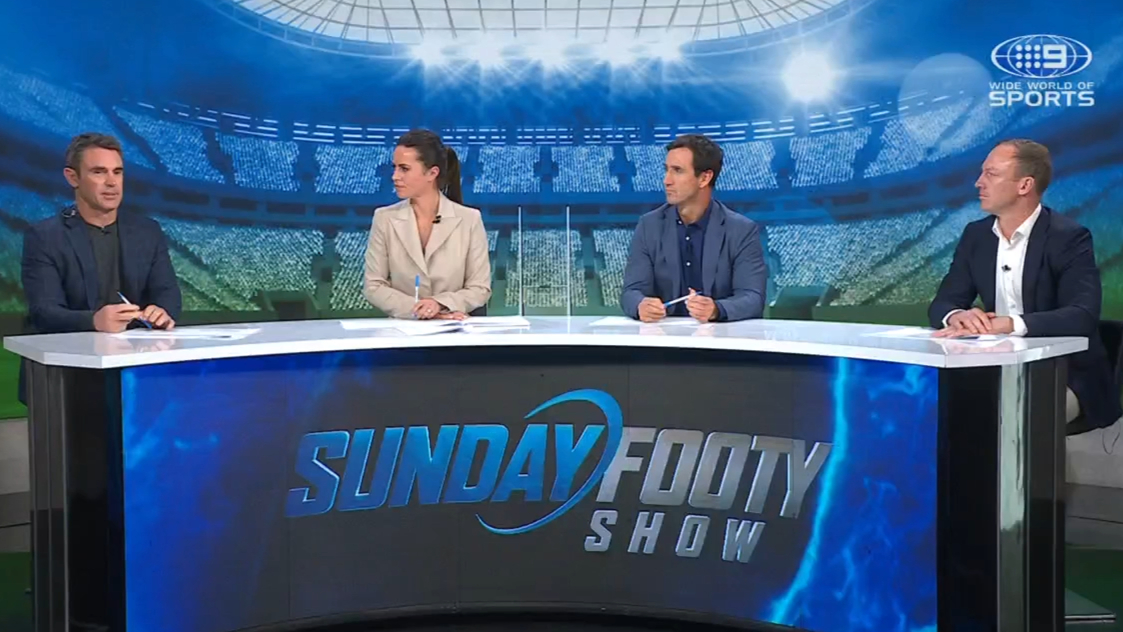 Parr was instrumental in turning North Queensland into a premiership team in 2015, and he certainly know what leadership looks like.

“There has been a lack of leadership around the playing group,” Parr said of the Knights in his first media conference for the club on Tuesday.

“It’s a young group, just because you make somebody a leader, or put them in a position of leadership, doesn’t necessarily mean they’re going to grasp the leadership straight away.”

It’s a valid point – and Ponga and Brailey may one day become strong leaders and quality captains of an NRL team.

But until then, the Knights have a void and, like the Cowboys, Sharks and Broncos did last year, they may need to go to the market to find the man to fill it.