Controversial former Eels and Broncos star Corey Norman is in strife again – for allegedly trying to ‘do a Hopoate’.

Playing for Toulouse against Warrington in Super League last Thursday night, Norman had a running battle with Warrington’s Oliver Holmes during his team’s 32-18 defeat.

After the pair tussled in one heated exchange, Holmes complained to the referee.

English league bosses have subsequently hit Norman with the most severe charge possible, Grade F, which carries a maximum suspension of eight weeks.

The charge is open ended, for what is termed ‘other contrary behaviour.’

No specifics of the charge have been made public other than it is for ‘inappropriate contact,’ but English papers are speculating it is for Norman allegedly attempting to stick his finger up Holmes’ backside. 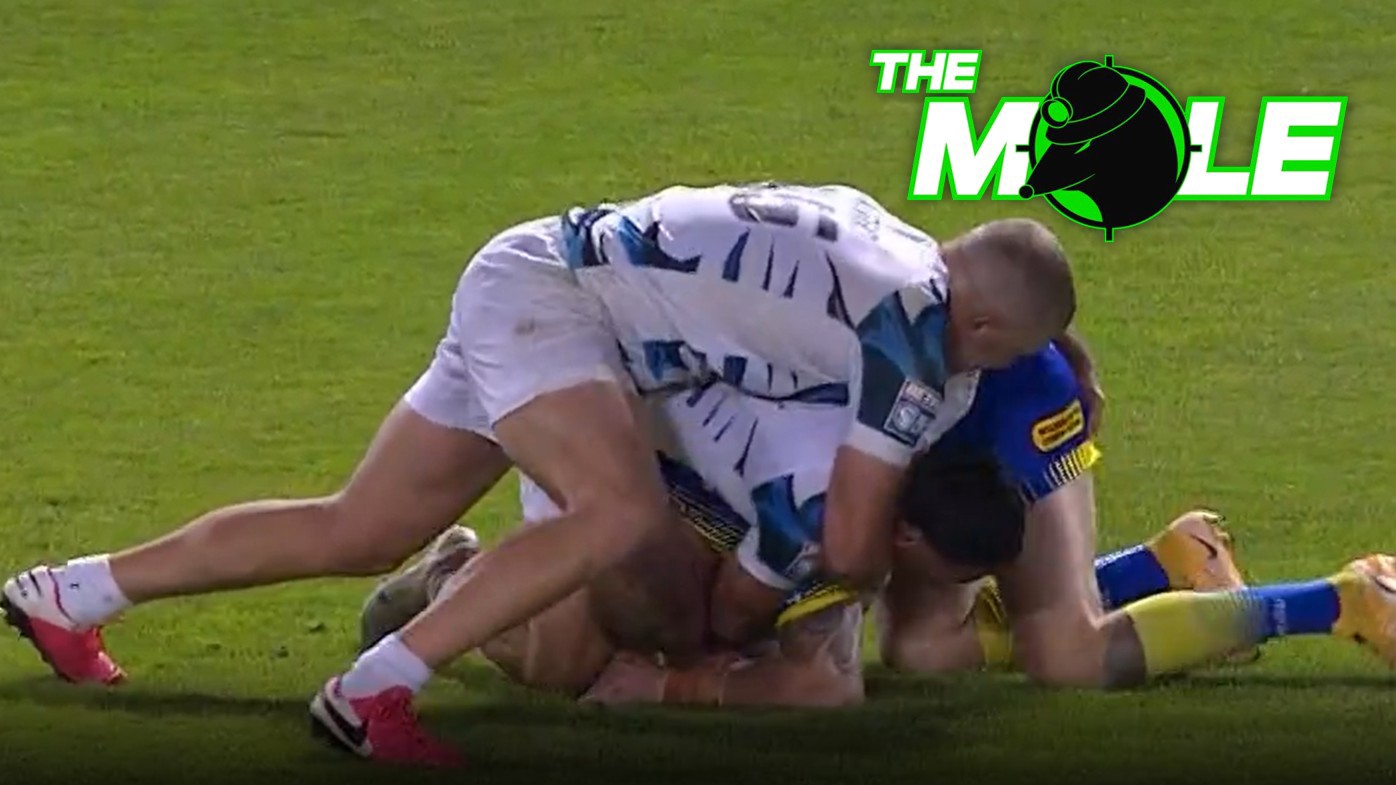 Norman will attempt to have the charge dismissed at the judiciary, at which Holmes will not be asked to testify.

“Our player has not been called on at this stage,” a tight-lipped Warrington official told Wide World of Sports.

The 31-year-old racked up more than 200 first grade games, debuting at Brisbane before stints with the Eels and Dragons – after his contract ran out at the end of the 2021 he initially announced his retirement from the sport, before walking it back to sign with the Toulouse.