The Warriors have confirmed a fan – who’s become a cult hero of sorts this season – has not been banned from games, despite being told so by an overzealous security guard.

Auckland resident Calley Gibbons has been dubbed “Roger Shoey-Vasa Sheck” – a play on former Warriors captain Roger Tuivasa-Sheck – for skolling beer out of a shoe when the Warriors score a try at Mt Smart Stadium.

He has been captured on television broadcasts performing the stunt in front of the coaches’ box at three separate games, the first during the team’s homecoming against the Tigers in round 16.

But things took a turn during Friday’s game against the Bulldogs, which the Warriors won 42-18.

Gibbons claims he was first approached when he arrived at the stadium by a particular security guard who had an issue with his party sitting in front of the box. Gibbons says he has been sitting in the same seats since 2006, and his father buys corporate seats at home games. 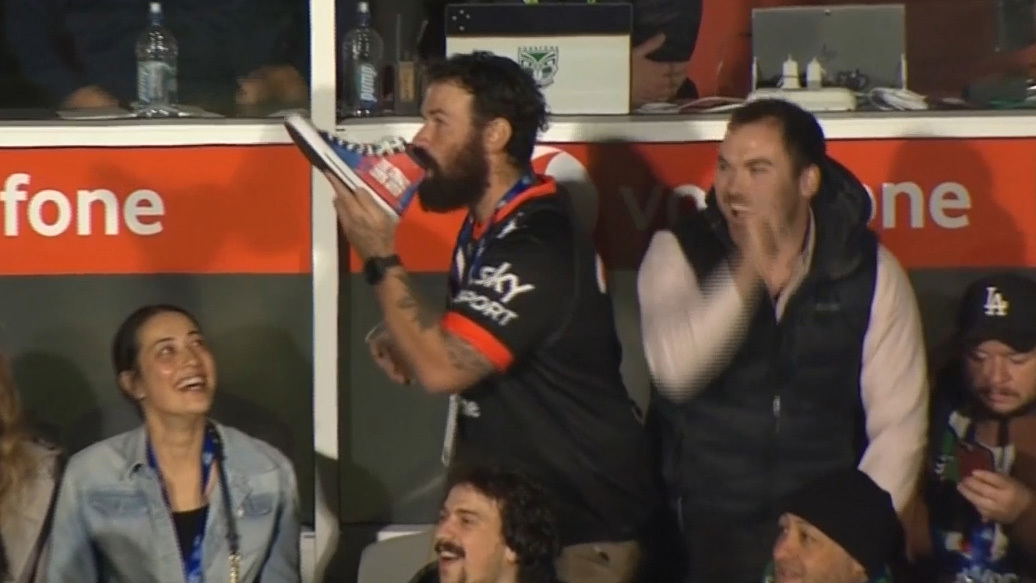 Then, after the Warriors scored their first try, Gibbons stood up to perform his shoey in celebration.

He claims that prompted the same security guard to approach him again, this time kicking him out of the stadium and allegedly telling Gibbons he would be slapped with a lifetime ban from Mt Smart Stadium.

Mt Smart Stadium does not issue lifetime bans, and the Warriors on Monday announced Gibbons would be more than welcome at their next home game of the season against the Cowboys.

“Honestly it was just one security guard in particular. I think he’s just overstepped the mark a bit and for lack of a better term had some form of power trip… I don’t know,” Gibbons told Newstalk ZB radio. 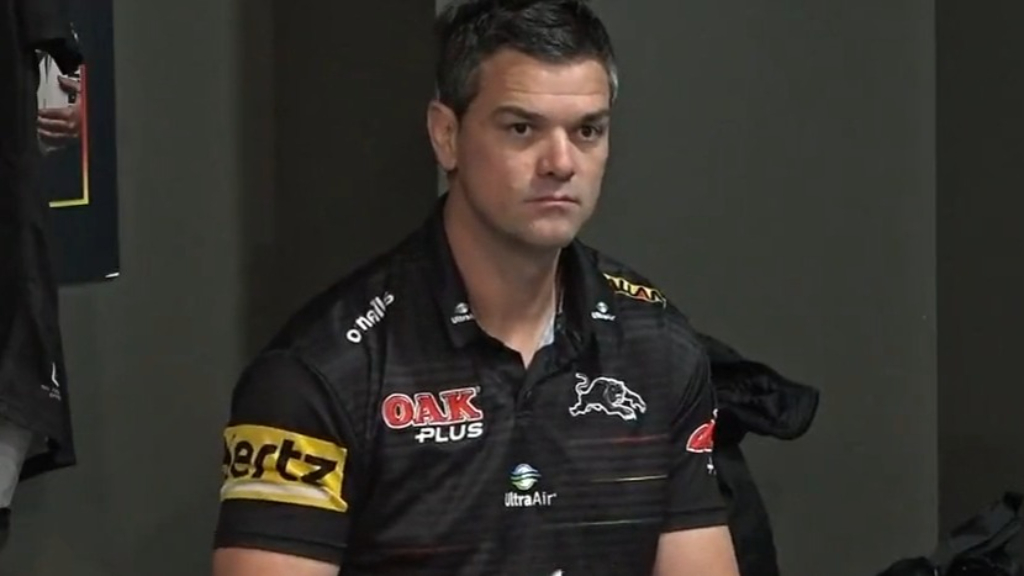 “He pretty much focused in on me as soon as we got to the game. Right when we took our seats he came along and made a big scene.

“He wanted me to move along so I’m not in front of the coaches’ box. And I said ‘that’s not right. We have all these seats, we can choose which one we want to sit on’. And right from then he thought ‘I don’t like this guy’.

“I honestly don’t know what the whole situation was for but he came up to me after trying to shift us from the seats and he said ‘if you drink out of that shoe, you’re gone’. And I said ‘what law am I breaking? Who am I hurting here?’.

“I wasn’t intoxicated. I purchased the drink from the venue, I should be allowed to consume it how I want. Bottle, cup or shoe.”

‘In 2024 Munster is a Dolphin’, Latrell twist tipped