Aussie star under fire over ‘shocking’ dig at rival

Australian cricketer Marcus Stoinis is copping a hammering after accusing Pakistan quick Muhammad Hasnain of having an illegal bowling action.

As Stoinis made his way from the middle after being dismissed for 37 by Hasnain in The Hundred on Monday (AEST), the all-rounder mimicked a chucking action.

When Stoinis smacked a 142km/h short ball back down the wicket during the Southern Brave’s match against the Oval Invincibles, he gifted Will Jacks an easy catch at mid-off.

Then came the 32-year-old’s inflammatory gesture — an obvious dig at Hasnain’s recent suspension.

Hasnain was in February found guilty of having an illegal bowling action after a Big Bash League umpire reported him in a match between the Sydney Thunder and Adelaide Strikers. 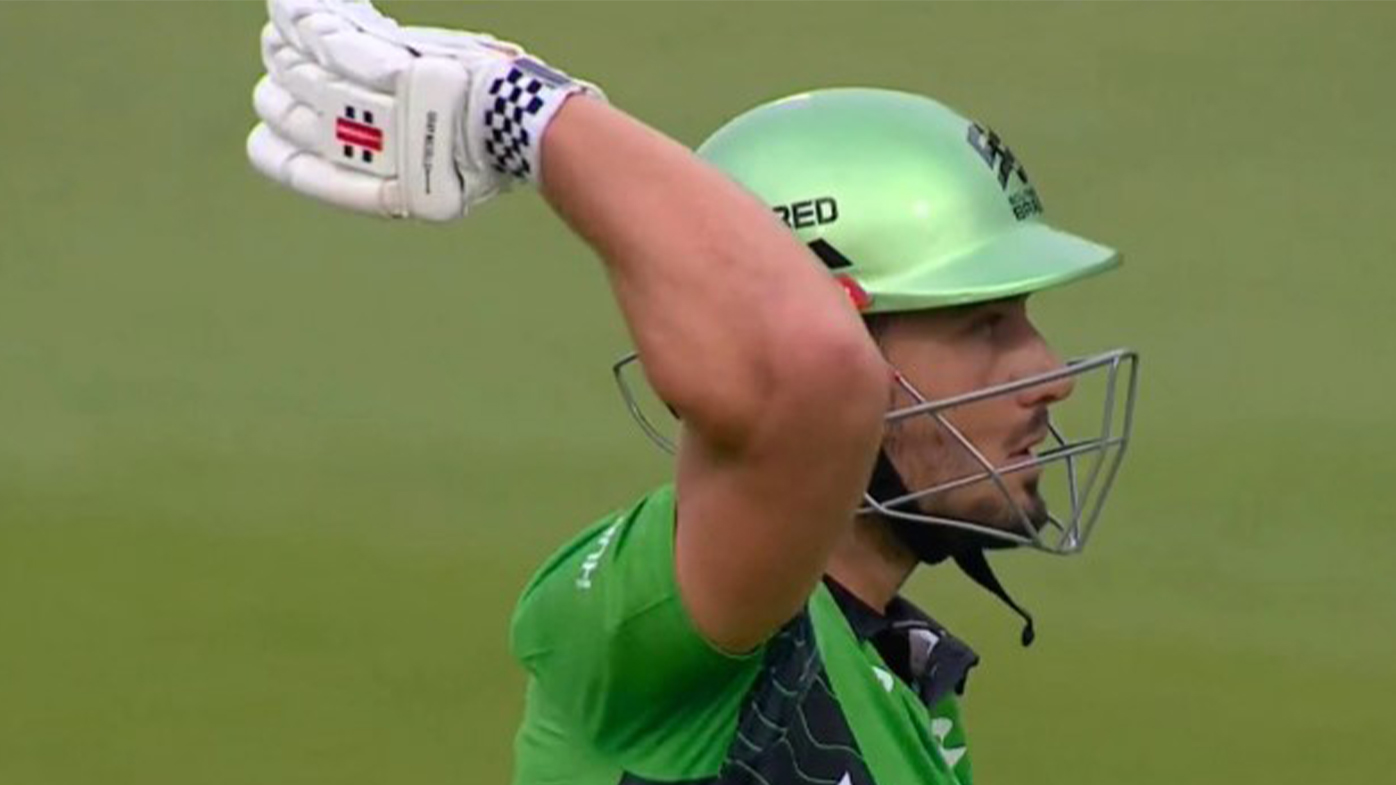 But the 22-year-old’s action has since been declared legal, green-lighting his return to professional cricket.

According to the Pakistan Cricket Board, Hasnain’s technique was reassessed in May at the ICC-accredited testing clinic in Lahore, before the report was verified by Cricket Australia’s independent experts.

Daniel Brettig from The Age is among those to have condemned Stoinis’ antagonising intimation.

“There’s a system in place to regulate bowling actions and it doesn’t include publicly questioning your opponent’s integrity.”

Former Yorkshire cricketer Azeem Rafiq posted on Twitter: “This is shocking! Hasnain has been cleared and it has nothing to do with Stoinis”.

And Elizabeth Ammon from The Times wrote on Twitter: “Wonder if Stoinis will be in trouble for this implication”.

What happens next for wounded Wallabies