The Canberra Raiders have held on for a two-point win over the Dragons in a finish eerily similar to the reverse fixture in round 16.

With the last play of the game, Ben Hunt threw a wonderful pass to Mathew Feagai who made a great break down the left edge.

He was bought down by Sebastian Kris and Corey Harawira-Naera, who appeared to linger on the Dragons winger a little too long before Feagai lost the ball.

Referee Adam Gee dismissed the Dragons’ appeals, and they had already burned their captain’s challenge. Full-time was called.

In the round 16 clash, Hunt was also not penalised for holding down a Raiders attacker, which prompted the NRL to come out and say Hunt should’ve been sin-binned.

“There was just one last shot from it. I thought because as Feagai was getting tackled the clock was ticking down … but there’s a little shove right on the death there that forced Feagai to drop the ball,” Alexander said.

“It’s incredible that we’ve had both teams and we have games in very similar circumstances.” 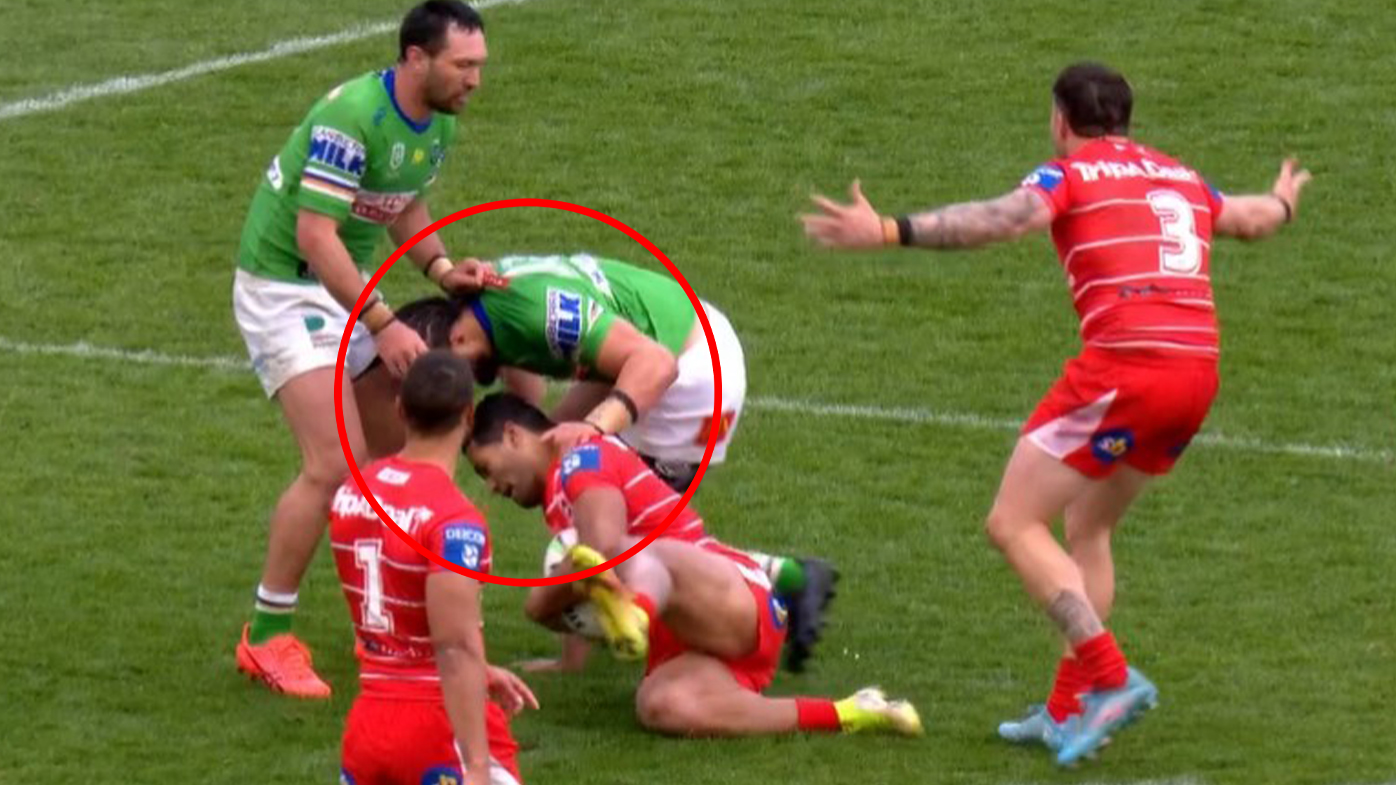 “He should have been penalised at the very least. There was a professional foul,” he said.

Earlier, Elliott Whitehead was left stunned after he was put on report for an awkward tackle on Blake Lawrie.

Lawrie unleashed at Whitehead over what he deemed to be a dirty play, before he limped off the field.

“It’s the second part of the tackle as he gets up. He pulls him back over and gets his knee and lower leg (caught in the turf),” Shane Flanagan said in commentary.

“There was weight on the back of the leg and he was bent back over it.” 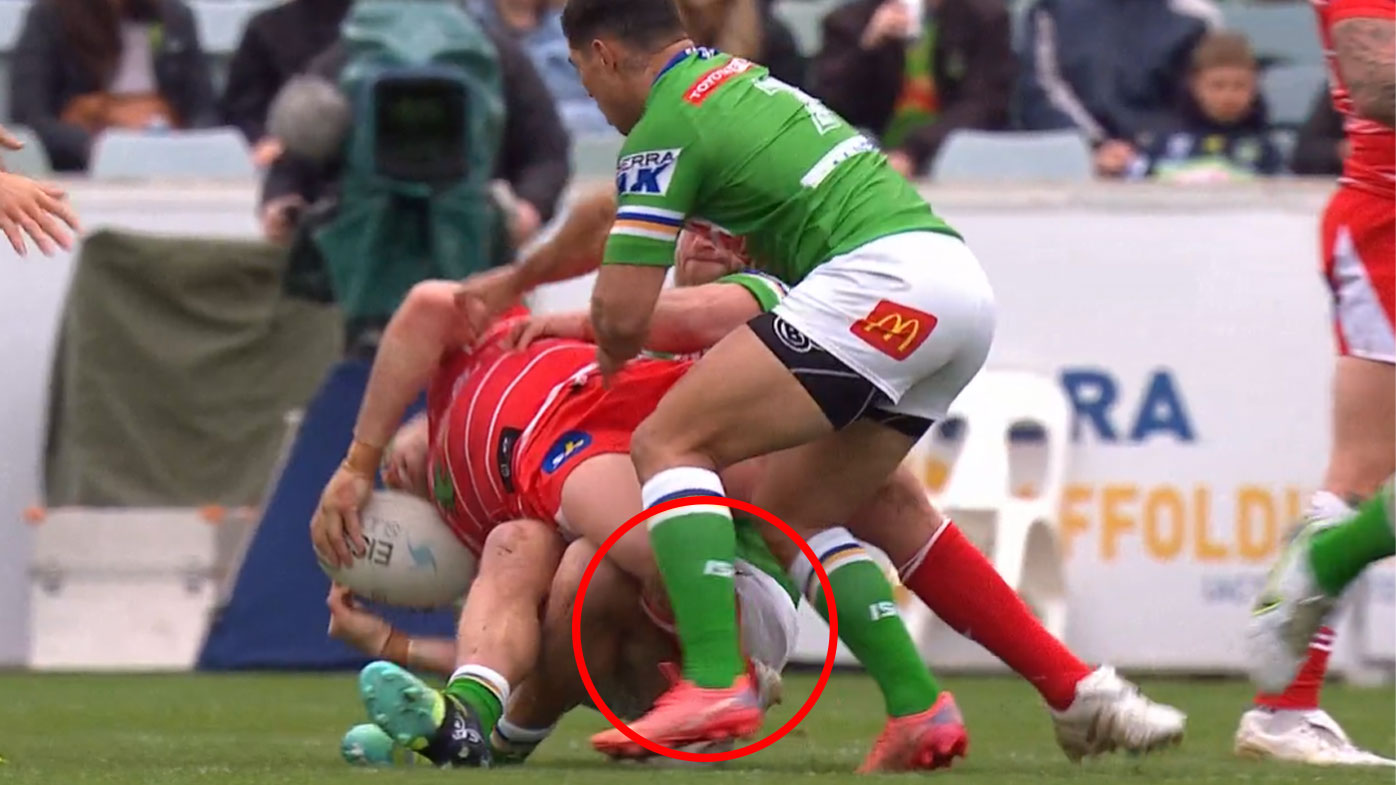 For the most part, the game was a fairly pedestrian affair. The Raiders flew out of the gate, scoring their opening try in the first minute of the match, before Talatau Amone went back-to-back for the Dragons to give the visitors the lead.

A Jordan Rapana try and subsequent Jamal Fogarty conversion levelled the scores at 12-12, before Ryan Sutton scored close to half-time.

As they did in the first half, the Raiders scored in the first minute of the second through Albert Hopoate, before apparently going to sleep.

Amone scored his third of the afternoon in the 67th minute – the first hat-trick by a Dragon since round 1 – before setting up Tautau Moga in the 75th minute.

Zac Lomax’s kick was wide, which ultimately proved the difference between the sides.

The win keeps the Raiders’ season alive, while the Dragons probably need to win at least two of their final three clashes and have results go their way to sneak into the eight.