An incredible eight-car crash has brought proceedings in the penultimate race of the ABB FIA Formula E Championship to a grinding halt.

Chaos unfolded on the opening lap of the Seoul E-Prix as the field piled into the last corner, led by fill-in Jaguar driver Norman Nato.

Only Cassidy and Nato were able to restart the race having been able to extricate themselves for the scene of the crime.

The race was duly drawn to a halt as the Red Flag was drawn out. At the time, Mitch Evans led the race for Jaguar after a flying start from third on the grid to usurp Mahindra’s Oliver Rowland and Lucas Di Grassi of Venturi.

Speaking during the Red Flag intermission, Nato said he was cast wide of the apex and onto a slippery part of the circuit.

Stan Sport is the only place to watch the 2022 FIA Formula E World Championship with every race streaming ad free, live and on demand. Start your free Stan Sport trial here!

“In the middle of the pack the visibility in the last sector was quite poor,” said Nato, who was able to restart the race.

“One guy in front of me, I don’t even know who he was to be honest because I couldn’t really see, he was really cautious and braked.

“The two cars in front of me, they tried to avoid him and when I arrived I got a bit surprised and I had to avoid, going on the left-hand side of the apex. 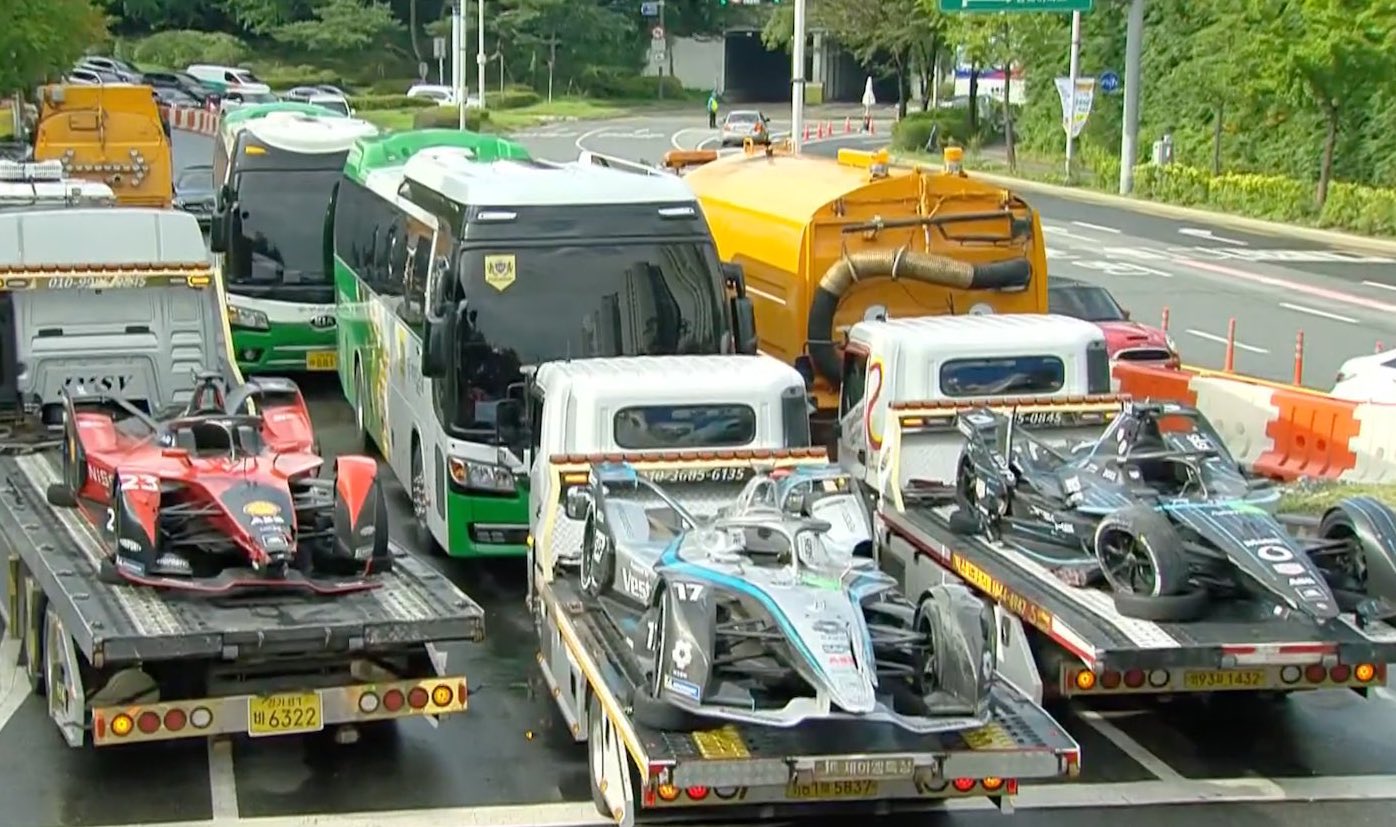 “The tarmac is really different at this part and that’s why we saw so many cars [in the wall]  because so many people tried to do the same to avoid the inside because of one car.

“On the outside, you have no chance to turn. Six cars or seven cars out in one corner is not what we expected.”

Lotterer, whose car was too badly damaged to restart the race, offered his explanation of the crash.

“Basically, it was super slippery out there,” said the Porsche driver.

“I was in the pack with the guys and figuring out the conditions. Then when we approached turn 20, I just started to slow down a bit.

“Same, like the other guys, just touched the brakes and it was just like ice. Nothing you can do from that point on.

“I don’t think it’s braking too late, it was where there was paint, maybe some cars just happened to be on those patches of paint and lock up and that’s it.

“I managed to find a little gap and not hit another car but I still hit it, but not full on.”

The race restarted with Evans at the head of the field after a lengthy stoppage.