Sharks halfback Nicho Hynes has made a passionate plea to the wider NRL community to do more to support mates after the death of former player Paul Green.

Green played 95 matches for the Sharks across the NRL and Super League between 1994-1998.

“Can I just give a quick shoutout to Paul Green’s family, all of us here at the Sharks are thinking of you – he was an important part of this club, I just want to pay my respects, send our condolences to you guys, we’re thinking of you,” Hynes said in his post-match interview with Fox Sports.

“R U OK Day is every year, it’s coming up soon – but I think we need an R U OK day every single day of the year.

“We need to think about it a bit more, and spread the message of mental health – it’s such an important thing at the moment.”

Tigers captain James Tamou was in Green’s premiership-winning Cowboys side. He said the Tigers had gone out of their way to check in on him.

“It’s been quite a weight, with what’s happened – but Noddy (Tigers coach Brett Kimmorley), the boys, the Tigers organisation, they’ve made sure I was alright,” he said.

“It’s just sad, a sad time. It’s awful. The coaches came together and we had a conversation about it, that took a bit of weight off but it’s just a scary thing to think about – when someone can be so high on life with everything going, everything they’ve achieved, and family, and still be fighting some demons.

“It’s just a scary thing and I know the NRL are taking the right steps to make sure people can seek help.”

A suspected knee injury to prop Toby Rudolf and a sin-binning for Teig Wilton were the only sour notes in an otherwise stellar Cronulla performance in Tamworth, which saw them run out 36-12 winners.

Wilton was sent to the sin bin for a late hit on Tigers fullback Daine Laurie with just over ten minutes left in the game.

Laurie had just offloaded the Steeden and was backing towards Wilton when the contact happened. Referee Ben Cummins initially let play go, before the Bunker called it back, leading to the binning.

“This sort of tackle you can’t pull out of,” Roach said in commentary for Fox Sports. 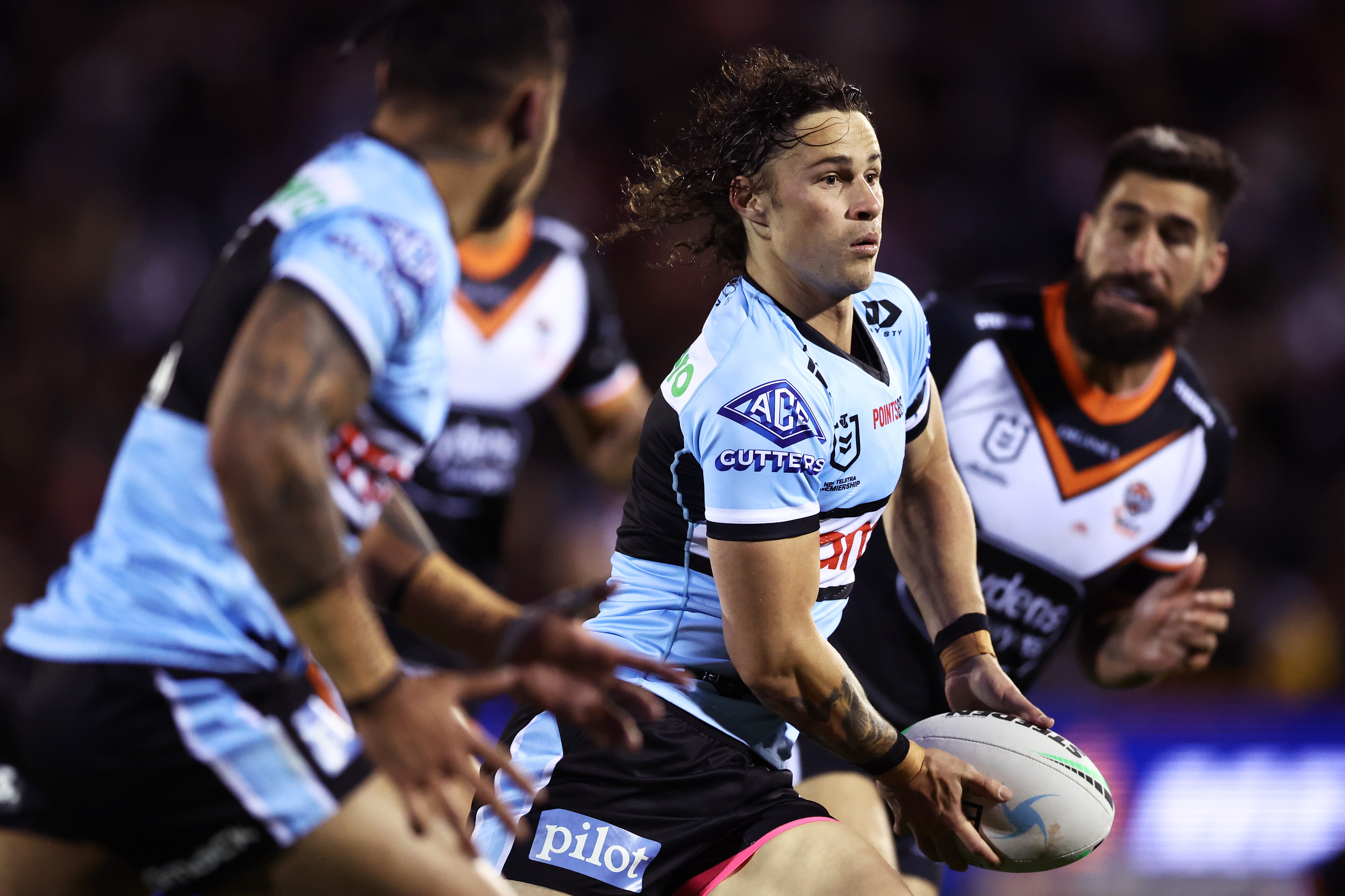 “I don’t think it’s a penalty. He’s turned around to offload the ball – what do you want him to do? Honestly.

“I tell you what if you saw that in normal motion without slowing it down … how is he going to pull out of that?”

The Sharks flew out of the blocks early, scoring their opening try in just the fifth minute when Nicho Hynes – with a defender basically on his back – put a beautiful kick through the Tigers line to Lachie Miller.

The lead was 12-0 when Matt Ikuvalu scored in the ninth, before Fa’amanu Brown gave the Tamworth crowd some hope of a contest when he got the Tigers on the board in the 13th minute.

Tries to Royce Hunt, and Kade Dykes, as well as a penalty goal to Hynes – whos boot was on fire – saw the Sharks carry a 26-6 lead into half time. 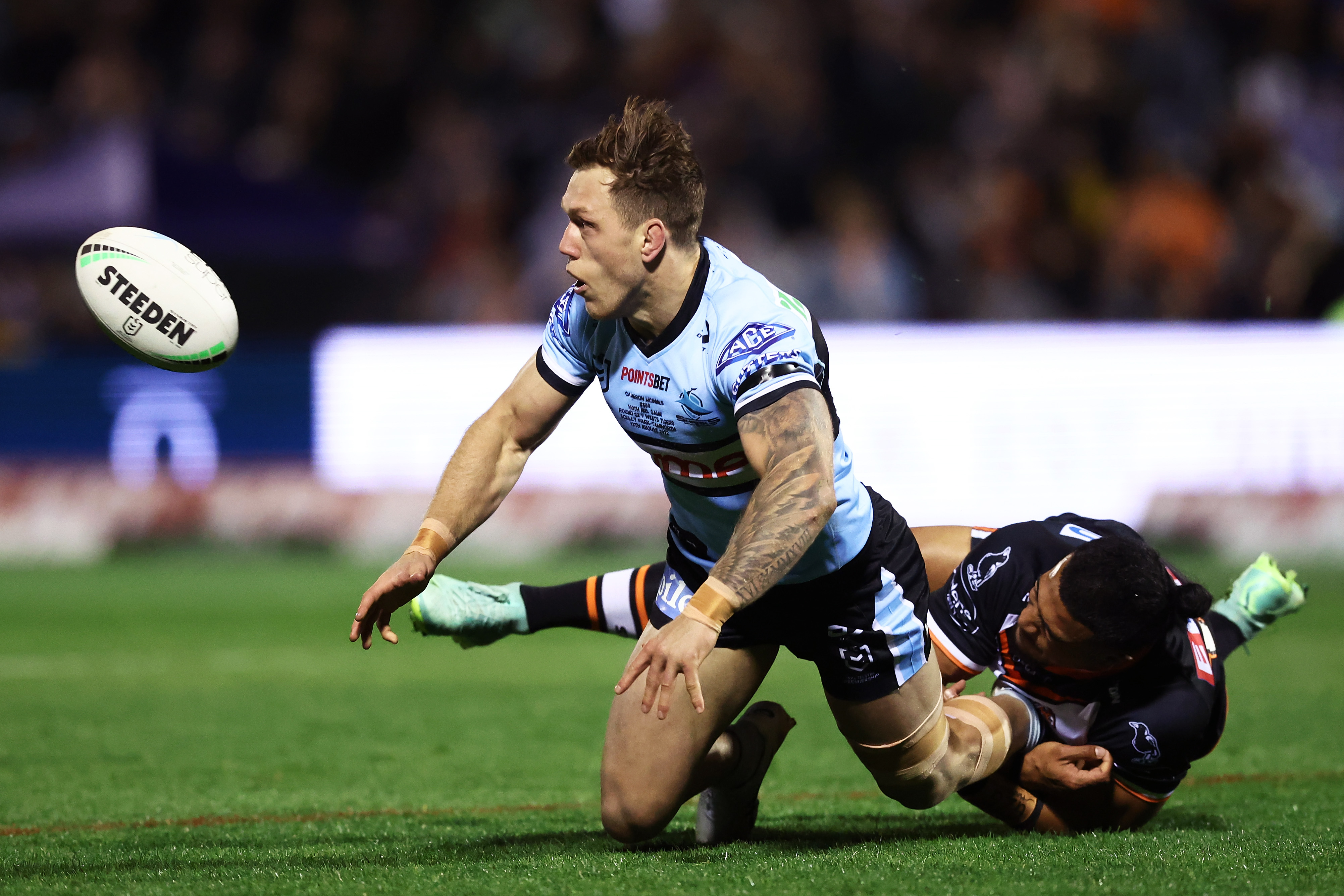 The reason for the penalty goal may attract Tyrone Peachey some attention from the match review committee, when he made a half-attempt to tackle Sharks second-rower Briton Nikora. His hand basically slapped across Nikora’s face, but was only penalised.

It was all Sharks early in the second half, but it took them more than ten minutes to crack the Tigers defence.

But, the Tigers hit straight back with Luke Garner crossing two minutes later.

It was as good as it got for the Tigers. Jesse Ramien scored in the 61st minute to extend the lead to 24 points, although they did have a consolation try disallowed by the bunker for an obstruction call in the 69th minute.

EXCLUSIVE: National Archives and Media Caught in a Lie – Evidence Shows Obama Did Have Classified Docs and No One Can Claim He Didn’t